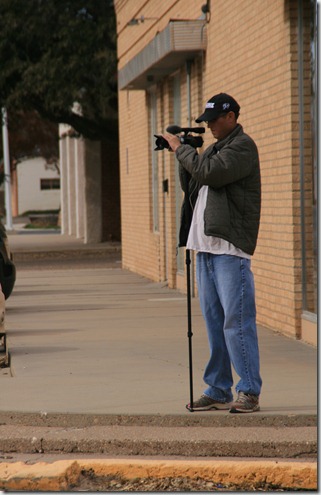 Gilrobert Rennels from Gil Lamb Advertising/Channel 6 was there to film the parade for broadcast on their website at www.gillambadvertisingmuleshoe.com . Gilrobert can always be depended on to film local events for broadcast, and I think his efforts are mostly taken for granted, so it is only fair to give him credit and thanks before the parade even begins. Now let me share some of the highlights with you. 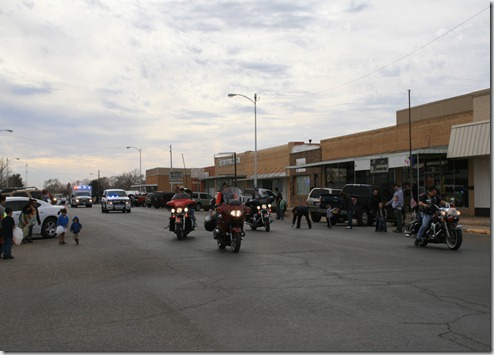 The parade was led by members of the Muleshoe Road Riders club. 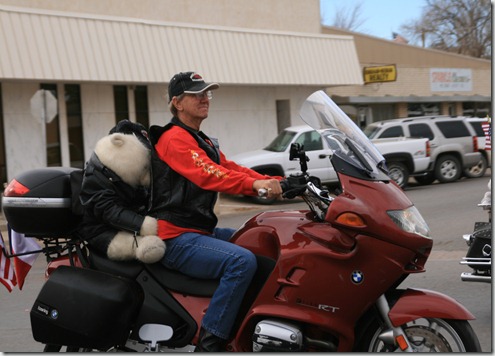 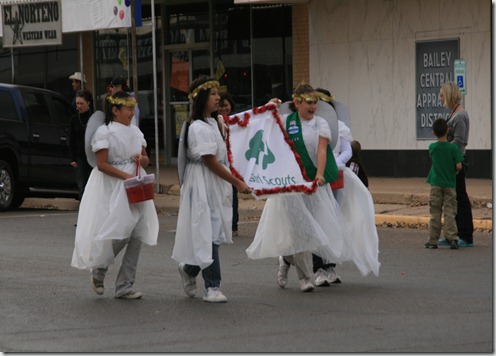 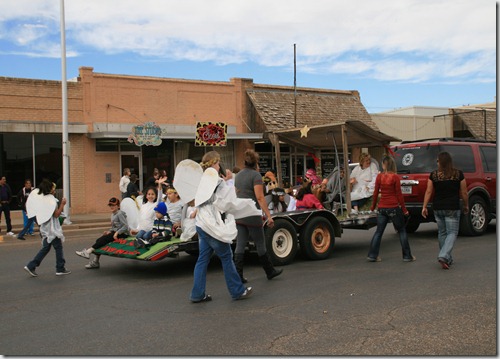 Muleshoe Girl Scouts were represented with walkers and a float. 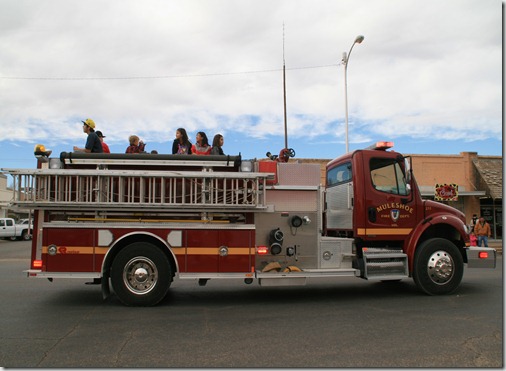 Every parade should have a fire truck or two; one for kids… 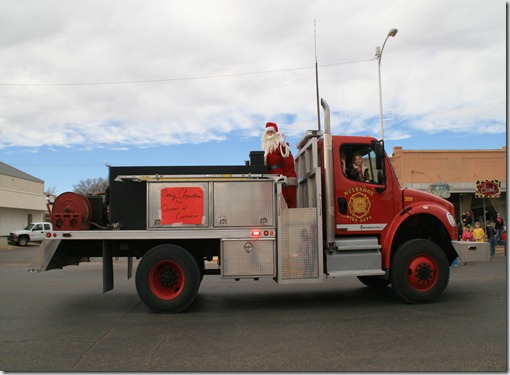 and one for Santa. 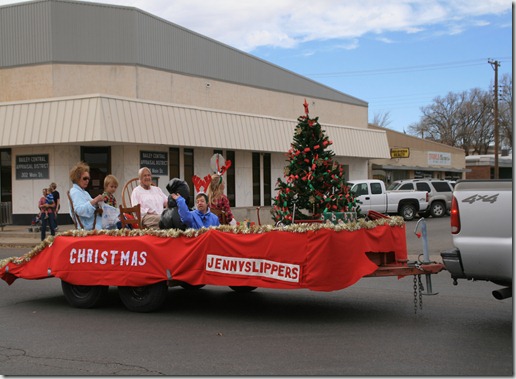 The Jennyslippers, a local women’s service organization, had a nice float. 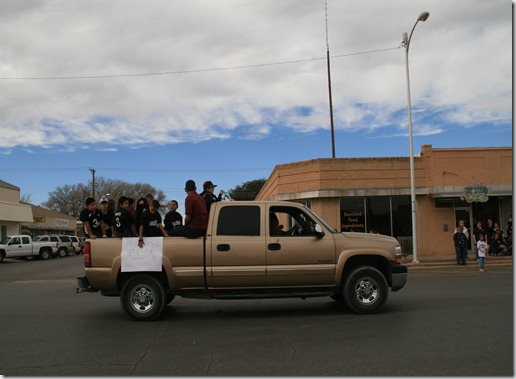 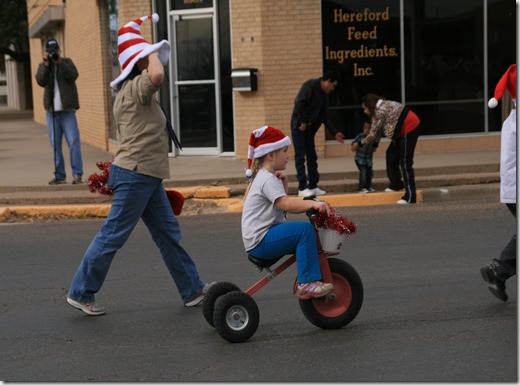 Moms and kids added to the parade. 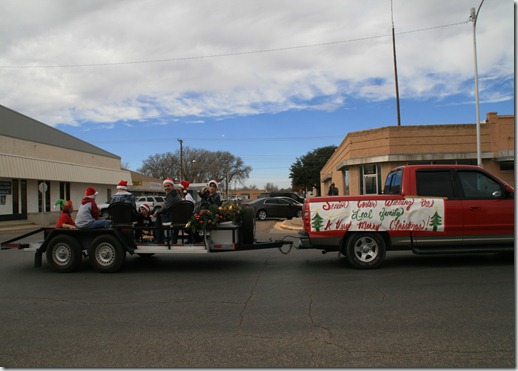 The Bi-District champion Mules made it to the parade. 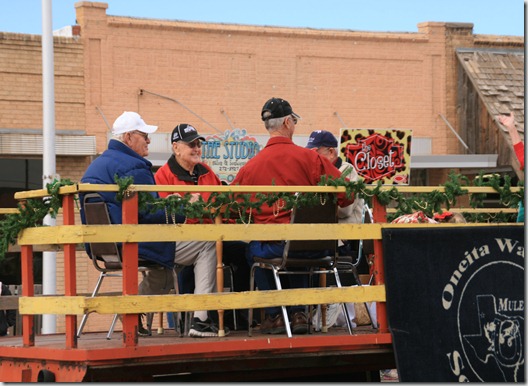 The Oneita Wagnon Senior Citizen Center float featured one of the popular activities enjoyed at the center, a dominoes game. 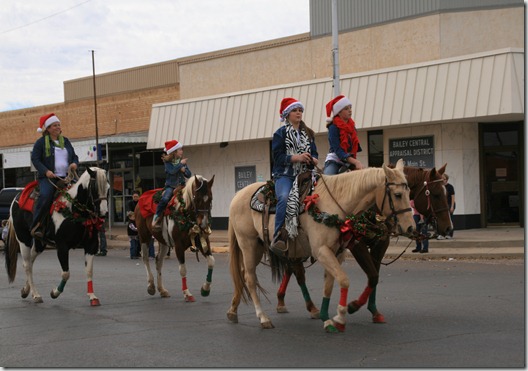 To me a parade is not a parade without horses. We had a few this year, and I was glad to see them. In the old days we would have several riding clubs and many individuals riding; not so much the last few years. Why is that? 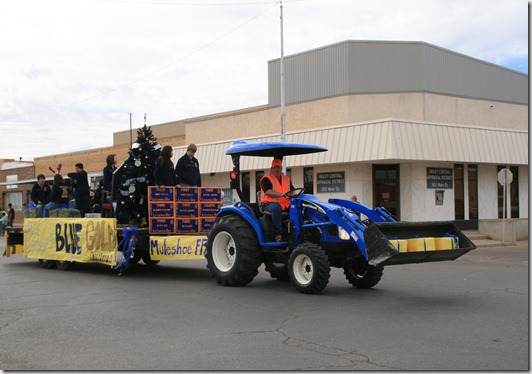 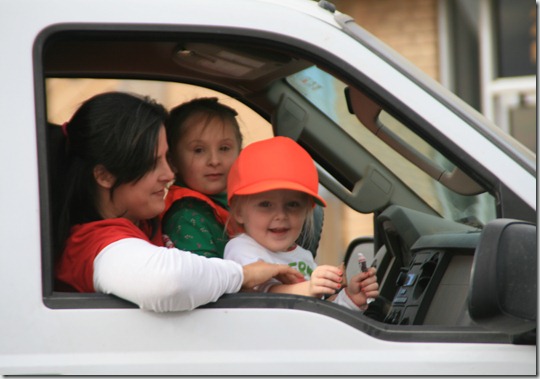 but his wife Jana and daughters Mackenzie and Braylee rode in the FFA truck and had the best time. The parade was at 2:00 in the afternoon; the Heritage Center’s open house was held in the evening to take advantage of the dark to show off the lighting the SCAC kids and several Heritage Foundation members put up for the holidays. Decorations also graced the inside of the buildings, but for some reason I didn’t take any pictures of them, probably because the outside lights were so impressive this year. 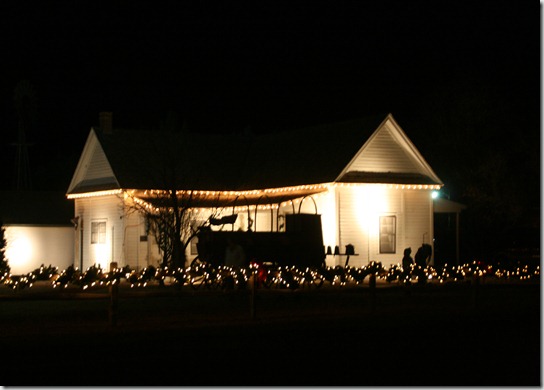 The Muleshoe Ranch cookhouse looked pretty with all its lights. That is the old chuck wagon in front of it. 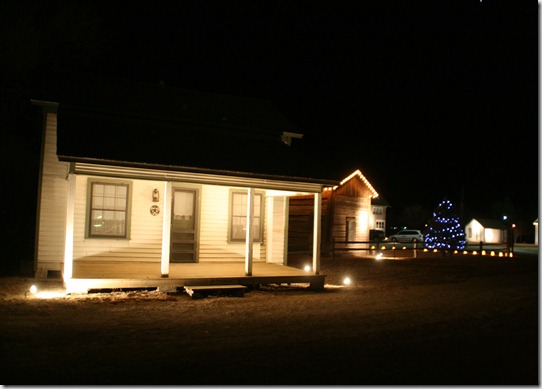 The Virginia City hotel glowed in the dark from its lights. 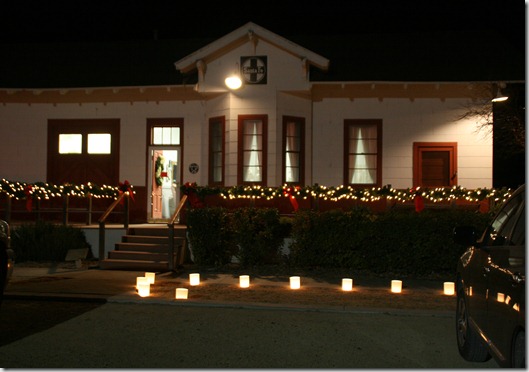 Visitors were invited into the Santa Fe Depot for refreshments as they toured the buildings. 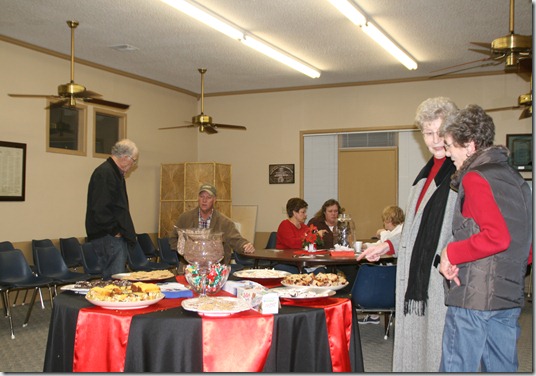 Helen Cook and Rowena Meyers and others enjoy the refreshments in the Depot. 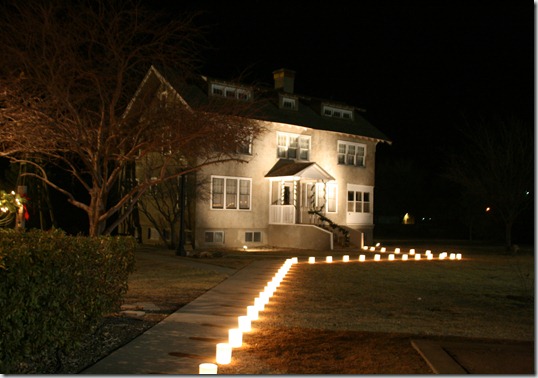 Luminaries marked the path to the Janes Ranch House. The parade and the open house made it official- Christmas is on.  Are you ready?