Let Me Tell You About The Triumphs 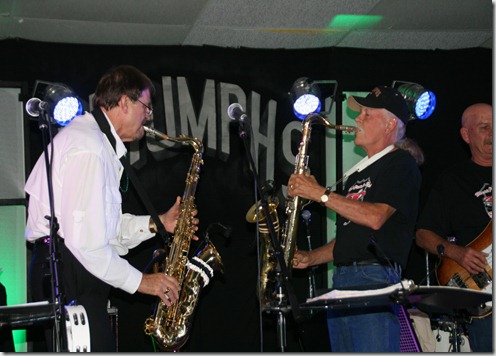 If you read last week’s blog, “I Saw Old People!,” you know we attended a Lamar Consolidated High School All 60s Class Reunion and had the pleasure of listening to the music of The Triumphs and a special appearance by BJ Thomas, who used to sing with the band back in the early days. If you are about my age and  from my part of the world, the Texas Gulf Coast, you know who I am talking about. If not, read on to learn about the quintessential circuit band of that era. 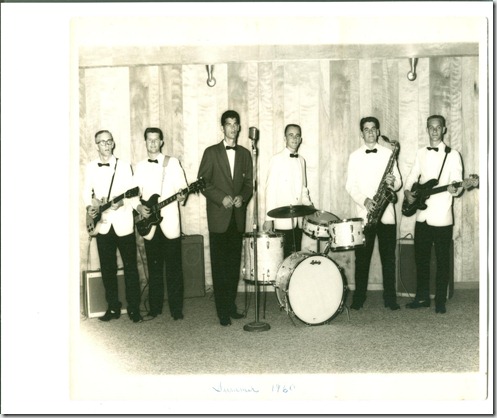 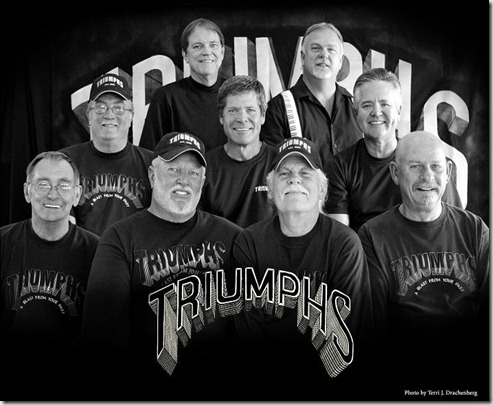 2009-left to right, front row-Tim Griffith, Gary Koeppen, Don Drachenberg, Tom Griffith; middle row-Jim Criswell, Steve Wendtland, Walt Wendtland; back row- Ron Petersen, Doug Griffith. This is the band as we know them today. In the summer of 1959 the Griffith brothers’ dad came home with an electric guitar and amplifier a man had offered him as collateral on a loan. The man never returned to reclaim the guitar, so Mr. Griffith gave it to Tim, who started messing around with it, learning to play. One thing led to another and before long friends Denver Zatyka and Teddy Mensik joined in, and they decided to start a band. By December of 1959, the band added members Don Drachenberg and BJ Thomas, and  now had a name, The Triumphs, thanks to Denny and Teddy, inspired by the car of that name and the fact that car names for groups were popular back then. Their first public performance was in January of 1960 at the Teen Canteen in Richmond, and they actually got paid for their next performance in February at a CYO (Catholic Youth Organization) dance, a whopping $5 apiece! Don Drachenberg shared with me that Denny Zatyka’s dad, Felix, who  owned the Lone Star beer distributorship in Rosenberg, was always very generous with the boys, allowing them to practice in the warehouse, which worked out really well. They had a clean concrete floor to set up the equipment, plenty of electrical outlets, fans, and plenty of room to make as much noise as they needed without bothering neighbors like they would have in someone’s garage. Having the beer franchise made Mr. Zatyka a very comfortable living, which meant he had money to spend on the boys when they needed something in the early days, like a station wagon to drive to their gigs, gas money, and other incidentals along the way. As BJ fondly joked at the concert, having a beer warehouse in Fort Bend County was like having a license to print money, and Mr. Zatyka was happy to share with the band when they needed something. By 1962 Tom Griffith and Gary Koeppen had joined the band, and they were making a name for themselves playing for dances in places like Riverside Hall in East Bernard, Pecan Grove in Wharton, Swiss Alp Dance Hall between La Grange and  Schulenburg. They had recorded some songs that did well in the Houston area, I Know It’s Wrong,  Lazy Man, and I’ve Got A Feeling, the last two making it to the top 10 of Houston’s top 40 list. In 1964 Fred Carney joined the band to play keyboards, and in 1965 they recorded an area favorite, Garner State Park, written by friend Mark Sharon specifically for them, reaching number.1 in Houston and number 5 in the national charts. The band’s success with these songs and the popularity of I’m So Lonesome I Could Cry, which was a national number 1 hit in 1966, was the catalyst that convinced BJ to leave the band in March of 1966 and go solo, eventually earning  five Grammies and building a solid fan base. 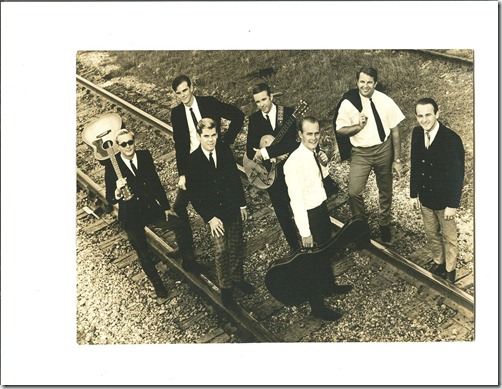 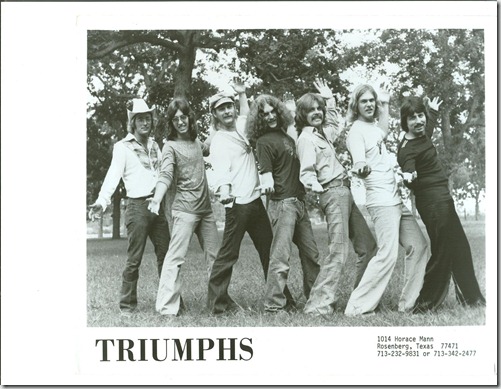 1978- Tim Griffith, Jon Perry, Don Drachenberg, Doug Griffith, Tom Griffith, Sam Boswell, Mike Taylor. By 1980 the band had enjoyed 20 years of success working the Gulf Coast circuit and covering the hits of their musical influences like Chuck Berry, Bobby Bland, Jimmy Reed, Bo Diddley, Wilson PIckett, and others from that era.  But they had also watched the world embrace disco, they missed spending time with their families, and they were tired working weekends and holidays. It just seemed like time to pack it in. So they did. But, as Don said, once a musician, always a musician, and by 1992 the principal players were ready to give it another go, with the addition of  brothers Steve and Walt Wendtland, and Jim Criswell, but losing original drummer Teddy Mensik who was ready for a break. This time they played to their strength, good solid rock and roll, 60s hits from their heyday, popular 50s and 70s classic songs, and an occasional hit from the 80s. 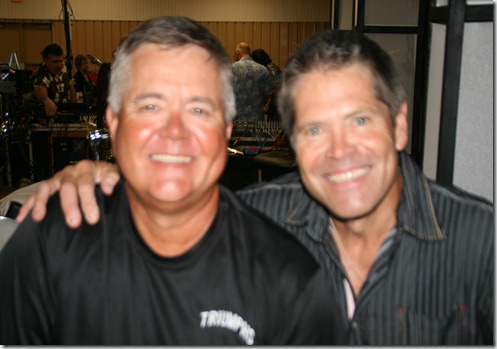 Walt and Steve Wendtland both graduated from Lamar, and it just so happens that their dad, Dr. Walt Wendtland, was the band director at Lamar for many years and was my band director. I can’t help but believe that he was pleased that his sons went on to make music, and I think it is neat that they both chose to be a part of the Triumphs’ legacy. Fans still follow the Triumphs and pack the house. The Summer Reunion Tour of 1992 became the start of a revival for the band, and now they enjoy an average of 18 bookings a year. Expanding from the original five members to nine over the years (most of them still having ties with Lamar) and adding instruments has given the band the versatility to expand their playlist, including big band hits such as In The Mood, which they do quite well and is fun for them and the fans. Many fans have a long history following the band and the band enjoys seeing those familiar faces over the years and talking to people who still enjoy the music. 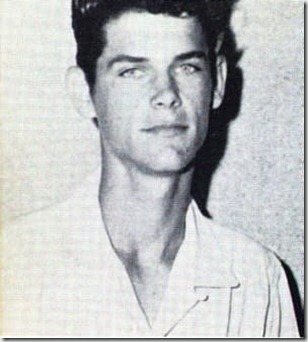 While the Triumphs were enjoying their own brand of fame, BJ, meanwhile, was making a name for himself as well. After I’m So Lonesome I Could Cry came hits such as Eyes of a New York Woman, Hooked on a Feeling, Rock and Roll Lullaby, and I Just Can”t Help Believing. He has enjoyed success not only in rock and roll and pop, but also on the country charts as well as some Christian music. He earned his fourth gold record for Hey Won’t You Play Another Somebody Done Somebody Wrong Song, which holds the distinction of being the longest titled number 1 hit on the Hot 100, just so you know for your next trivia game. That song happens to be one of my personal favorites and was a real crowd-pleaser at the Lamar reunion when he invited the crowd to sing along, and boy, did we! 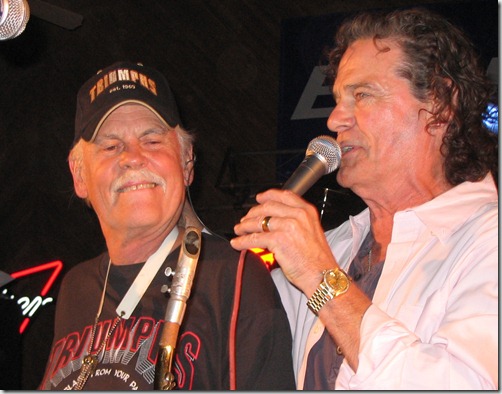 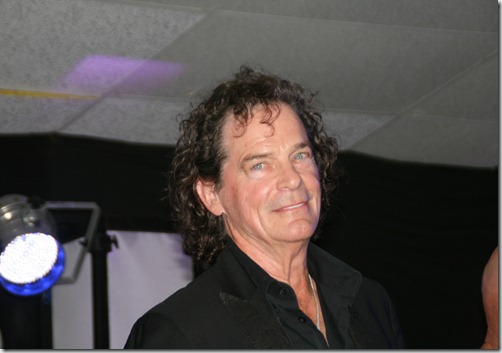 BJ at the Lamar All 60s reunion August 11, 2012. The Triumphs and BJ have teamed up more than once since the old days and plans are afoot to do it more in the future. Even though he left the band, they are all still friends. When that all happened people wondered why the Triumphs didn’t go with him. To some it looked sort of like the high school quarterback who gets recruited while the line who defended him gets to stay home and take regular jobs.  According to Don, they were all happy for his success and were equally happy to stay right where they were, doing their own thing. I suggest that their relationship was a two-way street, each helping the other find their place in the musical world. And we, the fans, benefit on both sides. 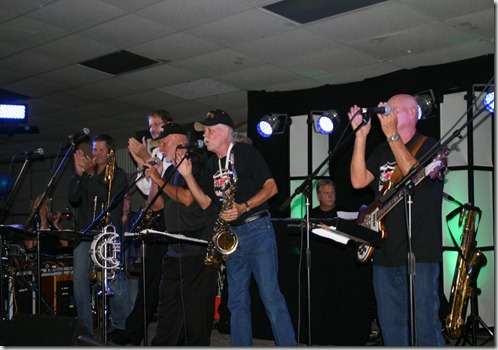 Being a circuit band was what has made it fun for the Triumphs all these years. Don said they tried, very briefly, their hand at the club scene, a situation where a club hires a different band to play each night of the week on a regular basis. They didn’t like the smoky stale smell of the bars, the drunks, the attitude in general. That lasted about three weeks, and they gave it up. Playing favorite dance halls, county fairs, reunions, weddings, birthdays, and  festivals was much more fun and personable for the guys, and actually made them more money than the club scene. But the money was not the issue; it was enjoying the music and the people that kept them in the game. 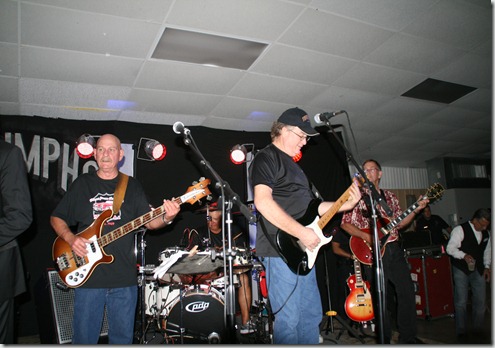 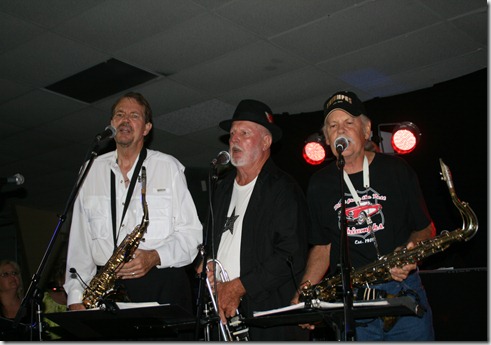 So if you need a band for a special event or want to enjoy some great music that is good for listening or dancing, google the Original Triumphs, check out their upcoming performances,  and knock yourself out!   Thank you to Doug Griffith and Ron Petersen for helping with this article.  A very special thanks to Don Drachenberg, who was so generous with his time to answer my phone calls, emails, and to share pictures with me.