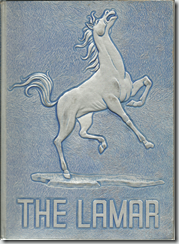 That’s what class reunions are all about, right? What, you were expecting people to be walking around in some mystical reincarnation of their senior year portrait? Maybe at a five-year reunion, but not at an all 60’s reunion, like I attended last Saturday. This reunion marks the fifth time former students of Lamar Consolidated High School in Rosenberg, Texas, have pooled their resources and hard work and pulled off a combined reunion for the classes of 1960 through 69, although I see on the program that the classes of ‘59 and ‘70 managed to tack themselves on to this get-together as well. The main attraction this year was the reappearance of BJ Thomas with the Triumphs, and that may have prompted these two bookend classes to tag along. For my class, the class of 1964, this marked our 48th year of life after high school. 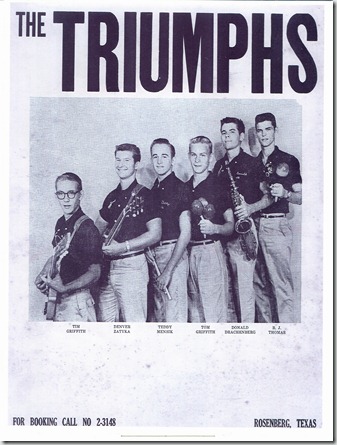 BJ Thomas and the Triumphs were a huge drawing card in the Rosenberg area during the 60s, playing at dances held at Knights of Columbus halls and such on many a Saturday night, and I can remember going to these dances. BJ was the singer for the band, and  If you are as old as I am, you might know who BJ Thomas is and that he went on to fame and fortune with his hit song “Raindrops Keep Fallin’ On My Head” from the movie Butch Cassidy and the Sundance Kid. If this means nothing to you, go ask your mother, smarty pants. 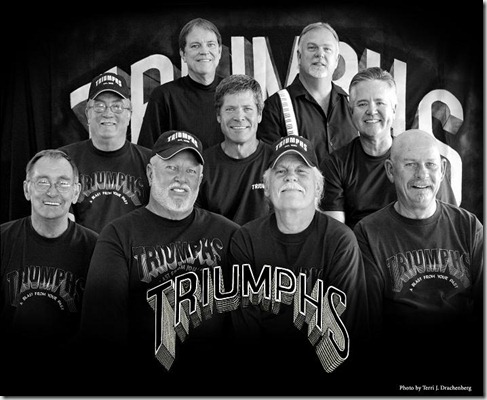 But I digress. More about BJ and the Triumphs next week. The topic this week is the reunion. And I had a great time. Some people, for reasons known only to them, never go to their class reunions. Others, like me, seem to always show up for the party and enjoy seeing old friends and seeing how everyone turned out. I suspect we all see people we didn’t know well or run around with in high school who seem like really nice people now, and we wonder why we didn’t hang around with them at the time. Amazing what a little maturity does for a person’s perspective. Time is also the great equalizer. Often the ugly ducklings grow up to be the best looking, the shy ones become the extroverts, the quiet people wind up with really cool jobs, and the most beautiful/handsome lose their looks or their hair. And there are those who turned out pretty much the way you expected them to. But aside from seeing who everyone grew up to be, it is mostly just fun to visit and share stories and relive memories. Or just talk. 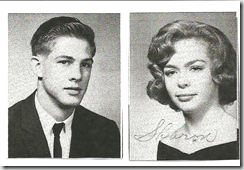 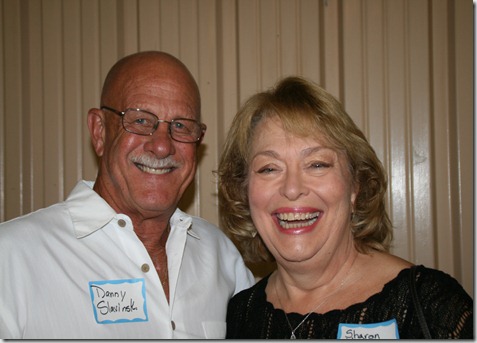 Danny Slavinski grew up to be a CPA. I never knew he liked numbers that much. He and his wife Sharon (Klasel), who grew up to be a teacher and is also class of ‘64, make all the reunions, so we see each other from time time. He asked me this time, ‘”Are you still at Cut and Shoot?” Cut and Shoot? Really? Even though geographically Muleshoe and Cut and Shoot are miles and miles apart, in totally different areas of the state, Muleshoe being West Texas, and Cut and Shoot being East Texas, about forty miles north of Houston, they are both small towns with sort of unusual Western names, so I said, “Well, no, I’m still in Muleshoe, but thematically, I guess they are kind of close…” to which Sharon laughed and said,  “Thematically? Does that sound like a teacher or what?” 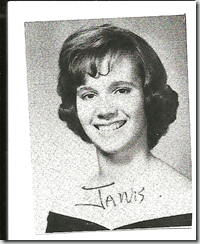 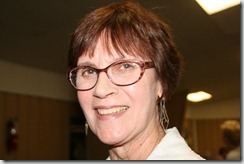 Janis Reimer Manuel and I spent lots of time together as younger kids and then  played volleyball together all through junior high and high school. I credit her with helping me come up with butchered English phrases that to this day I have to think about before speaking; otherwise short and fat becomes fart and shat; clever and witty turns into clevey and witter. This penchant for misplaced syllables carried over to my teaching career when twins Amber and Wendy Green finally gave up and learned to answer to my new names for them-Andy and Wember. 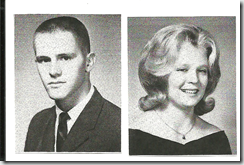 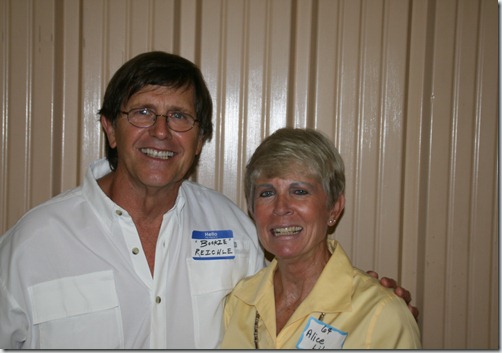 Eugene Reichle is one who got one of the cool jobs-airline pilot for Continental. But no one would know him by Eugene; we always called him Bookie. And as I write this, I realize I have no clue as to why we called him Bookie. So that should be our first conversation at our 50th reunion coming up in 2014. 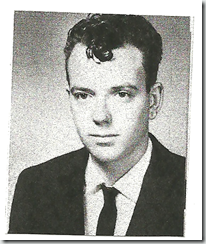 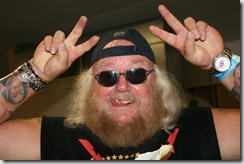 Then there is Lonnie Zwernemann, the quiet kid turned wild child who has recently moved back to Texas from Alaska where he worked for many years on pipeline construction, I believe, and even if I do have the job wrong, it is cool to say you worked and lived in Alaska for a while. His dress code was considerably different to the rest of the crowd, what with his sleeveless Harley t-shirt, shorts, head gear, tennis shoes, and flamboyant  display of tattoos. I think he enjoyed himself all night. 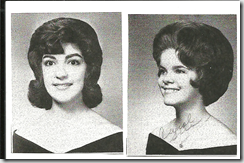 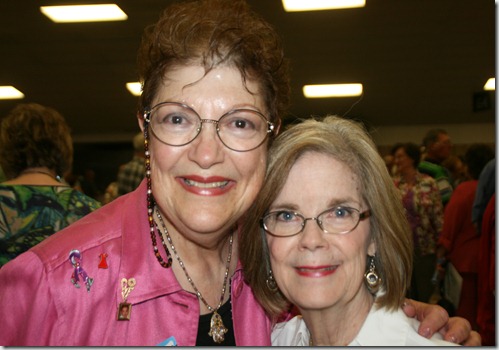 It was great to see Sue Ginsberg Perlo and Carol Sue Koenig Hausler. When Sue would come to my house Daddy would always make her smile when he would say, “Sue Who?’ just because he liked the rhyme. Carol and I like to say we have known each other from the womb because our mothers were friends before we were born, and we grew up as part of each other’s family. When I would spend the night with her we would shut the doors to the living room, turn the air conditioner down to freezing and curl up in a comforter on a pallet on the floor under the piano and giggle all night. 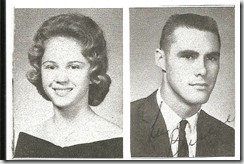 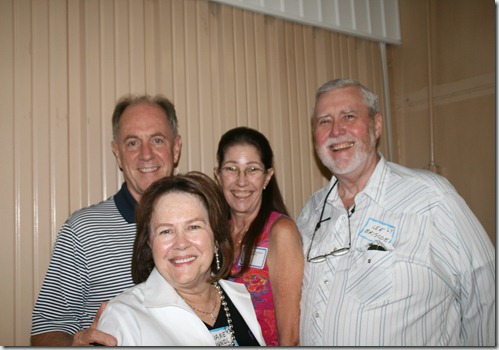 Diane Hundl Smith has been all over the world with her husband as he moved with his job. Lee Briscoe went to work for NASA when he graduated from Texas A&M and went on to be the voice of Mission Control for many of the manned flights. How great is that to travel that much, and not many people get to say they talked to the astronauts. 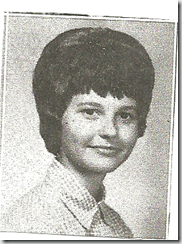 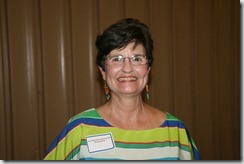 Kathleen Hopmann McMahon was my back door neighbor. We made many a mud pie with gravel frosting and built lean-tos in the corner of the chain link fence with bamboo shoots where we shared many secrets. Kathleen is the class of ‘66, but she brought back memories of home that I just wanted to include. 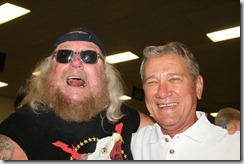 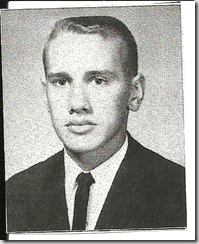 Lloyd Hartmann was even there, the first reunion he has attended in a long time. From first grade all through grade school I had a mad crush on Lloyd, so naturally I was just thrilled when in first or second grade we had the heady experience of walking from school to the Cole Theater to see Disney’s Living Desert, and I got to walk with Lloyd, which mean we got to hold hands, as the teachers thought they could keep up with us better if we walked in twos. By junior high I was over him, but we were always friends. Lloyd became a dentist. 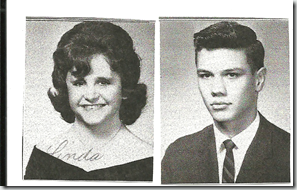 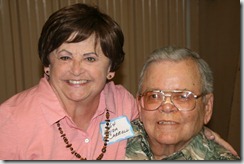 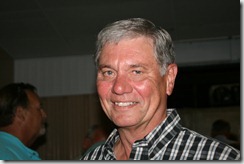 LInda Owens Carroll and Danny Gerken are our hard-working classmates who have seen to it that we have even had reunions all these years. I know I appreciate all their time and trouble and I hope by the time the reunion takes place, they are able to relax and just enjoy it. Every year the list of those who have passed on grows longer. I counted 186 names on our graduation program (yes, I still have one; it’s in the scrapbook) and 28 on the memorial list. So that means that 158 of us are still around, even though they don’t all make the reunions. 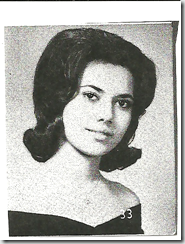 Lupe Rodriguez is one that we lost early to cancer. I can remember her entrance to one of the early reunions. She was an attractive, slender girl, and when she walked in, all eyes turned to her in her slinky long red dress and pretty flowing hair. She was a detective with the Houston Police Department, which I thought was pretty neat. I mean, really, how many of us actually know a police detective? To me it was like rubbing shoulders with a rock star. 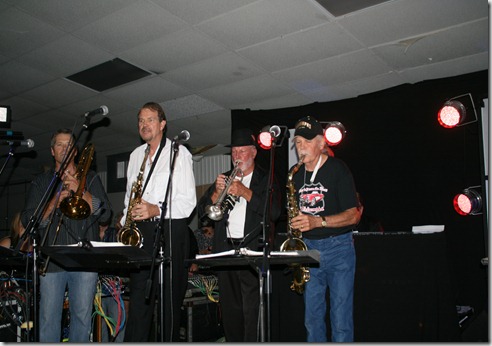 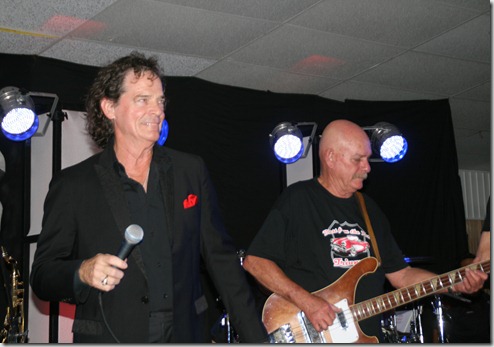 And speaking of rock stars, the band and BJ were a big hit. After the registration, visiting, and picture-taking, after the catered meal and more visiting, the Triumphs played songs that put us all back in Riverside Hall in East Bernard or Pecan Grove in Wharton or just back to our teenage years. And then BJ came out and did his hits. The dancing seemed to stop at that point as all eyes and cameras were on him. Afterward, he and the band patiently and graciously signed autographs. Many in the crowd had brought their ancient LP albums to be signed and others grabbed whatever was handy. Tom Griffith was nice enough to share one of the playlists they use on stage, so I had BJ sign that. 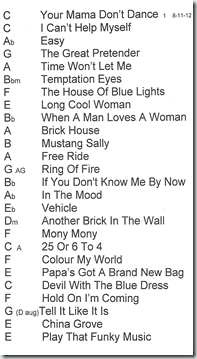 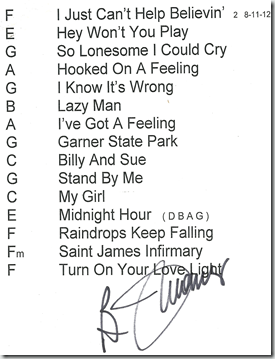 Since the All 60s reunions involve a lot of people and have the Triumphs, they usually make money after expenses. This year was no exception. Total attendance this year was 930 former students and spouses.  The reunion committee chose to donate $1000 to the Lamar band for their big out-of-state trip coming up in the fall, which is a nice way for us to give back to our alma mater. 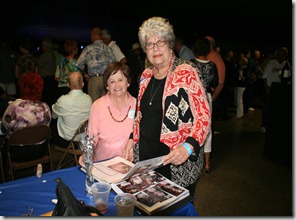 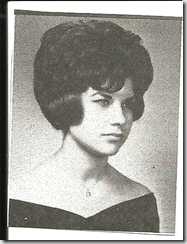 I see that this piece is running a bit long, so if your picture is missing from the story, and I am sorry if yours is not included, then I guess you will just have to make it a point to come to our 50th reunion in 2014 and find your picture in my scrapbook that Linda and Sharon Vallet Wollingford are checking out. I finally dug out the Sakowitz box that I had carried school pictures around in for all these years and decided that they and all the reunion pictures I had collected weren’t of much use the way they were, so it all went into a Lamar scrapbook. So in two years drag out the old walker, put in your false teeth, change the batteries in your hearing aids, clean off the bifocals,  and come join us to relive those thrilling days of yesteryear. It really will be fun.   Thank you to Danny Gerken and Linda Carroll for their continued work in planning and executing these reunions, and a special thanks to Linda for helping me with details and information for this article. Thanks to Don Drachenberg for the group pictures of the Triumphs and to Tom Griffith for sharing the playlist with me.