The Wizard of One Act-and Other Literary Events

Way back last century, in 1960, Kerry Moore began his teaching career in Muleshoe High School. The century turned, the Y-2K scare became a blip in the time line,  but the 74 year-old Memphis, Texas, native is still in the game,  grooming debaters, coaching the finer points of poetry interpretation, teaching effective public speaking, and directing award-winning one-act plays. Along the way he became Dr. Kerry Moore, after having attending West Texas State University (now West Texas A&M University), Texas Tech University, doing graduate work at Stephen F. Austin University, and earning his PhD from LaSalle University. While all that was happening, he taught, American history, English, and speech. When the state made speech a required course for graduation, his teaching assignment narrowed to just speech, which suited him just fine, I suspect, since speech in all its forms was his real passion anyway. 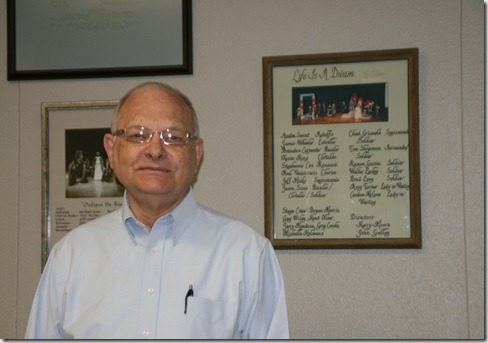 That passion is certainly evident in the success his students have had over the years in UIL literary contests-just check out all the trophies and awards lined up all over his classroom, and this is just one wall–but also in the general confidence and stage presence his students have after taking one of his classes. 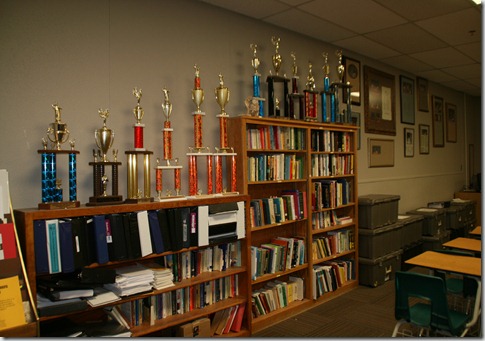 Dr. Moore retired in May of 2001 after 41 years of teaching, directing his energies into traveling the state to judge contests and lending his expertise and experience when needed. But then fate stepped in; by 2007 a speech teacher was nowhere to be found in the Muleshoe area, so superintendent Gene Sheets approached him to come out of retirement.  Dr. Moore had grown weary of the judging, what with all its driving and hectic scheduling, so going back into part-time work, teaching the subject he loved just sounded like a set-up he couldn’t refuse, and it was a done deal. 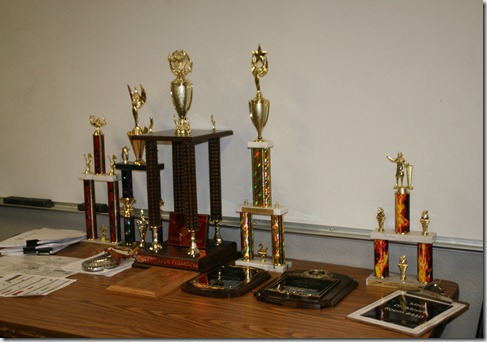 Dr. Moore and his wife Pat, whom he met in Muleshoe and married in 1972, still lived right across the street from the high school, so he fell right back into the routine he enjoyed for so many years. He still enjoys watching the kids grow and develop as they learn how to internalize and understand an author’s intent when preparing to present poetry or act in the play and when they tackle and master the researching, organizing, and speaking preparation that goes into debates and persuasive speaking.

When I asked him about the kids who had earned the right to compete on the state level, the list was exhausting! There are other UIL literary events, 22 which correspond to subjects taught at the high school level.  Muleshoe has always had a good number of students who qualify to compete in those contests as well, and many have placed in the top spots, just not in the very top spot yet. But we have had, thanks to Kerry Moore, winners in the speech categories. So once again, I had to draw the line and narrow the list to just the gold medal winners, and they are all in the speech area.  But even at that, I don’t have all the names of the cast and crew for each of the one act plays that have won. So if you were in one of these plays, you will just have to add your name to the list by adding a comment and make sure you show your medal to all your friends. So with my apologies for not naming every single person individually, here is the list of state champions in speech, debate, and one act play as of this year, 2012: 1962 – Karen Jones, Persuasive Speaking; 1963 – Shirley Smallwood/Nine Ed Bovell, Debate; 1968 – Druscilla Damron, Poetry; 1970 – Leland Ferris, Poetry; 1972 – Martha Jane Chapman/Linda Mason, Debate; 1973 – Chuck Smith, Informative Speaking; 1973 – Perry Hall, Persuasive Speaking; 1975 – Larry Torres, Prose; 1977 – Royce Clay/Tom Pepper, Debate; 1978 – Brad Baker, Persuasive Speaking; 1979 – Fran Berryhill, Persuasive Speaking; 1979 – Debra Bouchelle, Informative Speaking; 1980 – Fran Berryhill, Persuasive Speaking; 1983 – One Act Play, Royal Hunt of the Sun; 1984 – Betsy Lunsford, Poetry; 1985 – One Act Play – King Lear; 1989 – Brandon Wilson, Persuasive Speaking and Lincoln-Douglas Debate; 1997 – Steven Madrid, Lincoln-Douglas Debate; 1998 – Carlos Rojas, Poetry; 2001 – Westin Price/Rocky DeHoyas, Debate; 2001 – Westin Price, Persuasive Speaking.

Prior to 1975 boys and girls competed separately, which I found interesting and must have surely changed because of the passage of Title IX in 1972, which we tend to associate with athletics, but which actually made no specific mention of athletics.  And Kerry laughed that from 1975-77 even though Muleshoe might not have placed first at state in every event,  Muleshoe won every speech event in district and regional competition and qualified them to compete at the state level, which was pretty aggravating to the schools who then had to cancel plans to travel to Austin.

In the old days, Dr. Moore was known to announce his presence with a vocalization that was something of a cross between a constipated cow and an elephant trumpeting. Legend has it that he stuck his head in the door and interrupted former band director Anthony Gibson’s teacher evaluation with his  distinctive bellow, closed the door, and went on his merry way. Or was it the other way around? Always the teacher, Kerry had coached Anthony on the technique, and they greeted each other with it at the most unexpected times. I don’t think they have come up with an appropriate category for that skill at UIL headquarters just yet. But if they do, well, Muleshoe and Kerry Moore will place first in that event, too… 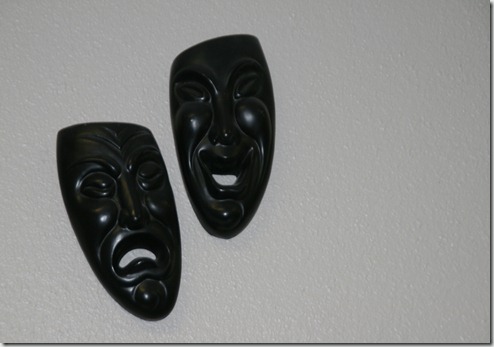 Thanks to Kerry Moore, Bob Graves, April Smith, and Pat Watson for helping me gather information for this article.