Let’s look at the rest of the historical structures that have been added to the Heritage Center and meet some of the people who are important to its existence.

The one-room school house came from the Stegall community, southwest of Muleshoe. The little school is outfitted with the old-fashioned wooden desks that connect to each other, a pot-bellied stove, benches for other community occasions, a blackboard with cursive writing examples on top, a water bucket for the kids, lunch pails made from syrup cans, lots of  things typical of the era. One well-known former student was Francis Gaddy Stegall, whose  family moved to the Stegall community in 1922, and she attended the school when it opened in 1925. Later she went on to marry Frank Stegall and became an author and artist. 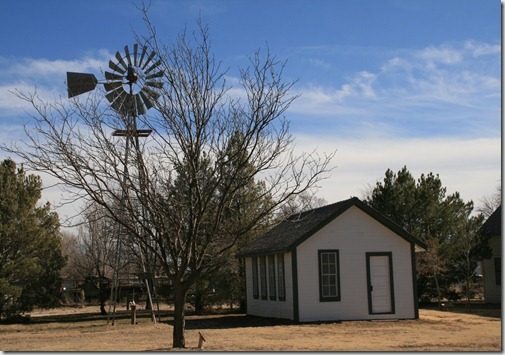 The 50s House is not an historical structure of the oldest variety, although it was originally the office of Walt Sain. What’s historical about the 50s house is what it contains:  a nostalgic blast from the somewhat recent past, 50s memorabilia and furniture: an early TV; records and a record player; movie posters; dinette table and chairs, all kinds of things. Other rooms of the building house an old post office, a dentist’s office complete with dentist chair and implements, all from local dentists Andy Lewis, Charles Lewis, and A.Z. Beaty. A  medical doctor’s room is furnished with artifacts from Drs. Siemmons, McDaniels, and Birdsong. 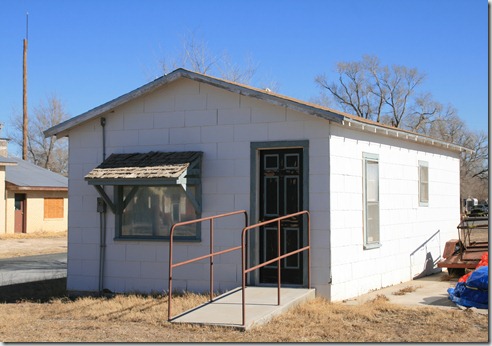 The storage barn used to be just that-for storage. Now it is also the home of  the Branding Wall, which started out as a money-making project but serves to provide history lessons about the area. Families provided the history of their family brand, which was written out in metal-art, and then the Foundation held branding parties, three in all. The families brought their branding iron, which was heated in the flames of a typical old West range fire, and the brand was then burned on a piece of wood to go above its history. A total of 58 brands and family histories are displayed on three sides of the barn and the wooden fence behind it. 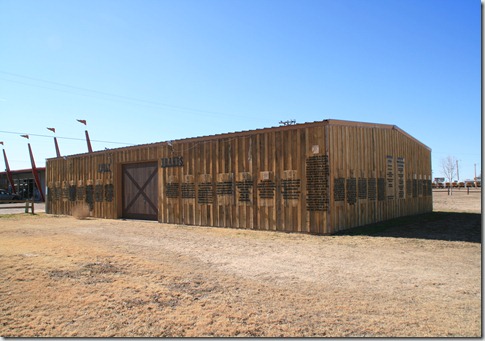 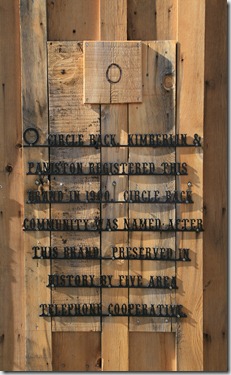 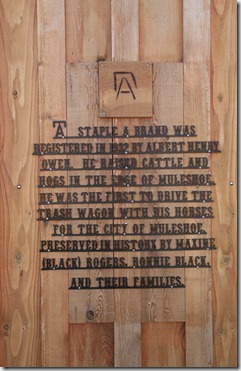 The Heritage Foundation purchased one of the school district’s temporary buildings when the recent school renovations were completed. The plan is to turn it into  a visitor’s center, with public restrooms, the business office, visitor information, a gift shop, and a display area for local collections to be shared. 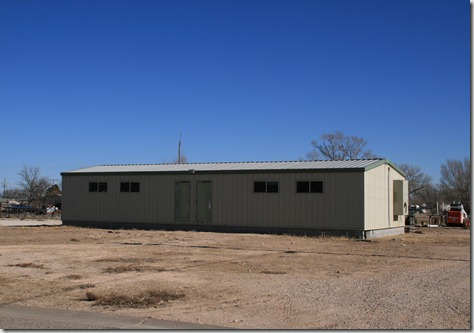 Still undergoing reconstructive surgery, the newest addition to the center is the Yellow Jacket Inn. Believe it or not, the Muleshoe school mascot used to be a yellow (probably gold) and purple yellow jacket. I think the Mules were adopted in 1950, but since the Yellow Jacket opened in 1946, I have to figure that is how the name came about.  And it was painted yellow. The Yellow Jacket was located on West Avenue D behind De Shazo Elementary, within walking distance of the junior high and high school students as well. The eatery changed hands a few times, from original builders/operators Clay and Jennie Beavers to Spenser and Phyllis Border Beavers to Charles and Hazel Ball who owned it when it closed in 1999. Ace and Esmeralda Hanaway bought the Yellow Jacket property and donated the building in memory of Charles and Hazel Ball to the Heritage Foundation in 2009. Kenneth Henry was instrumental in its move to the Heritage Center.  The most popular item on the menu was said to be the golden corn dog. 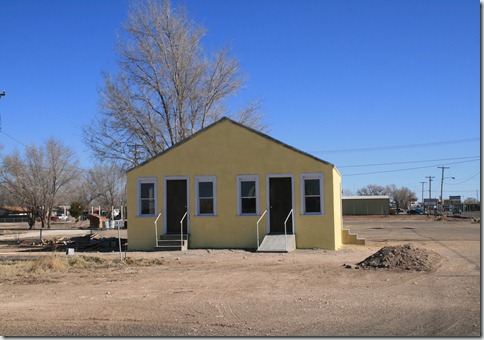 Ray West, Muleshoe class of 1954, and his wife Donna, now live in Midland, but Ray still has fond memories and ties to Muleshoe, and has been a dedicated supporter of several entities in town. The Heritage Foundation has benefited greatly from his generous financial endowments which enabled the Foundation to purchase land for expansion of the center, land purchased in honor of Ray’s mother and dad, Theron and Leatha West. Recently land was also purchased for an RV park. The park is a community effort, with the foundation getting help from the city and county with construction and maintenance. Visitors can camp for the first three days at no charge with a fee assessed after that. The hope is that the easy-in, easy-out design and the many area attractions will encourage people to stop and stay a while. For those of you planning a summer trip, it should be up and running by vacation season. This story is running long, so I won’t go into the other things in the Center to see that I haven’t mentioned, like the working windmill, the museum in the basement of the Janes House, the granary,  and other  odds and ends that the modern world no longer uses but helped get us  where we are today. 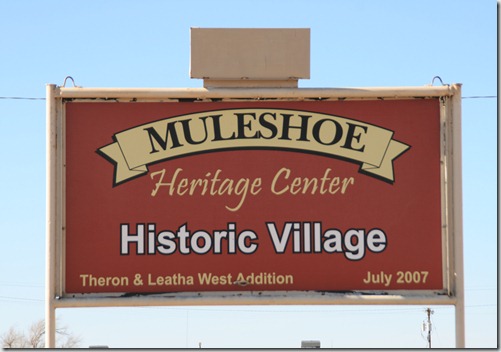 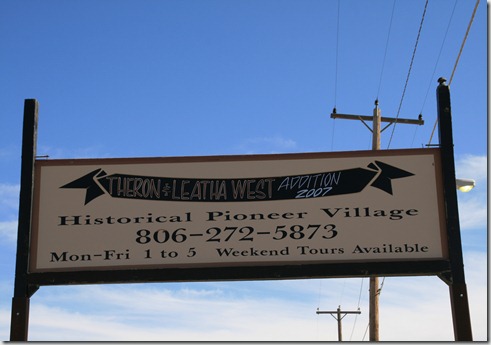 Dolores Harvey, Center manager and hostess, is on hand every afternoon and by appointment to give tours of the center and to schedule events for you. 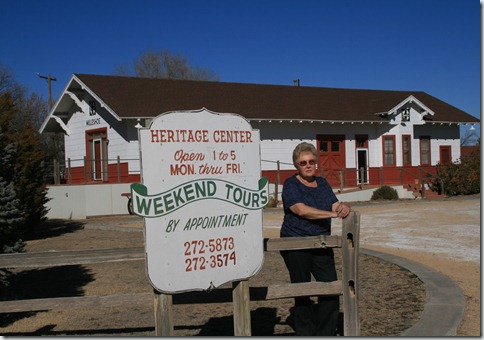 Longtime foundation member Sammie Simpson is part amateur historian and sleuth who has devoted much time and energy researching and then outfitting the historical structures with period-appropriate artifacts down to the smallest details. 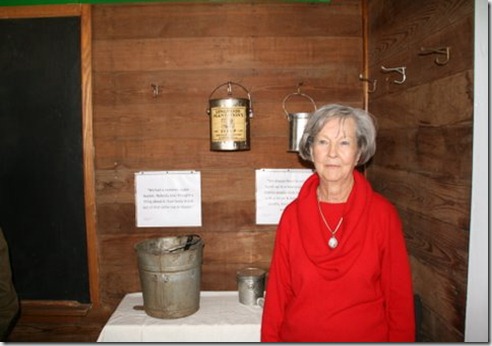 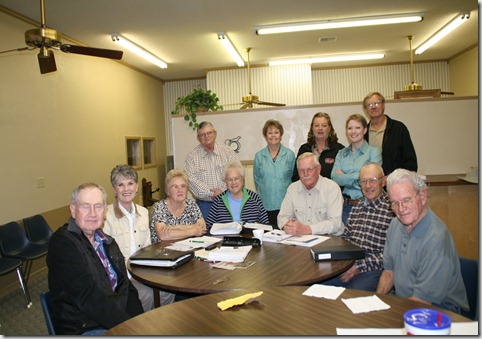 The Heritage Foundation does not run itself, and many people, such as those currently serving on the board as well as many others,  have given of time and talent to make it a meaningful living museum. Jean Allison and the kids responsible for the Save the Depot movement can be credited with its birth; people like Vivian White, R.A. Bradley, Dan Throckmorton, Charles Thomason, Kenneth Henry, Dolores Harvey, Ruth Hall, Ronald McCormick, Jennie McVicker, Maureen Hooten, Jerry Sowder, Cara Juan Schuster, Sheila and Joe Bob Stevenson,  and so many others along the way are to be commended and appreciated for their hard work and dedication.

If I left someone off who needs to be recognized, please feel free to correct my oversight in a comment to the blog. I would also like to encourage you to take a tour one of these days. Just like people who live in New York have never been up the Empire State Building, I’ll bet most of Muleshoe has never toured the Heritage Center. It is well worth your time, and when you have out-of-town visitors, take them, too. You will all be surprised at what history has to offer.

Thanks to Dolores Harvey, Sheila Stevenson, Helen Cook, Jean Allison, and Maureen Hooten for their help gathering information for this article.