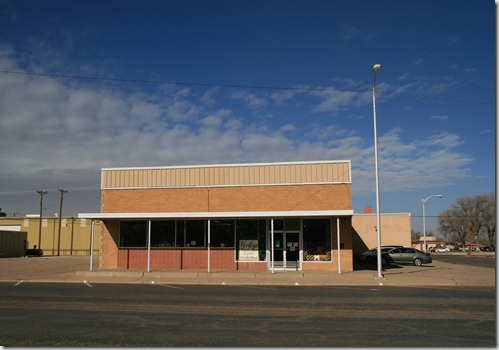 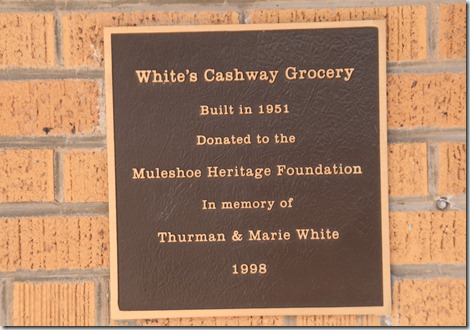 Thanks to Vivian’s efforts, the Heritage Foundation benefited from the thrift shop’s revenue, now called the Heritage Thrift Shop. The Heritage Foundation’s only income sources had been from membership dues, the Student Community Action Club (SCAC) annual bake sale, proceeds from the Tour de Muleshoe bike ride, fund raisers, foundation grants written and submitted by Ann McElroy, and donations from interested patrons like Ray and Donna West, so this was a welcome source of funds to cover the day to day operating expenses of the Heritage Center. 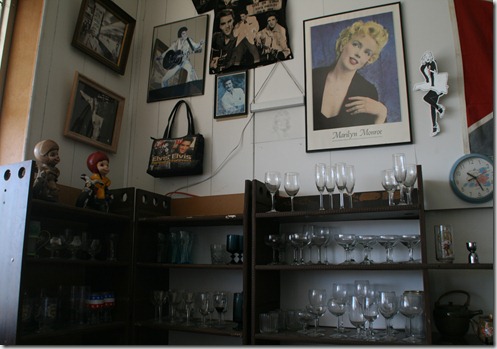 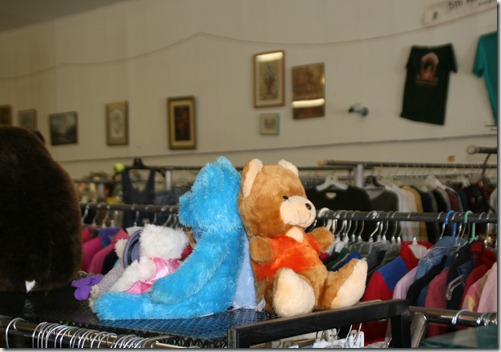 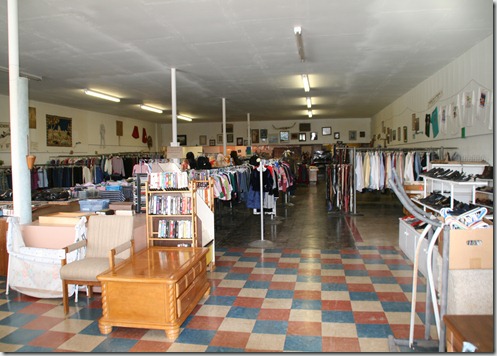 The thrift shop is a veritable gold mine of bargains. Clothes and accessories make up the majority of their inventory, but they have a little bit of just about everything;  books, kitchen items, furniture, toys, linens, magazines, novelty items, baskets, all kinds of things that people from the community donate rather than throw away.  Furniture is an especially popular item; I was told that furniture sells very quickly, many times right after it has been put on display.

On Mondays Peggy Bates, Ruby Henderson, Mary Jo Burge, Martha Stroud,  Jearldean  Richardson, (and for many years the late LaDean Spears) dig into the donations,  inspecting, sorting, and preparing what will go on the shelves. When large items like furniture are left outside by the front door, J.C, Pearson comes over from his business across the street to help move them inside. 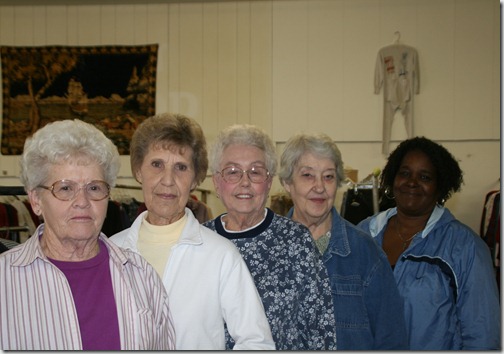 Twice a year the employees box up everything that hasn’t sold for the season and  move it out to make room for more items coming in. This old inventory used to go to the Salvation Army, but it now goes to Concho Resource Center in San Angelo, where the items are still put to good use. You might like to know that Concho sells everything by the pound to Saver’s Thrift Shop in Lubbock. Concho Resources then uses that income to employ and train the mentally and physically challenged, enabling them to become productive and self-sufficient citizens. But the benefits don’t stop there: whatever doesn’t sell at Saver’s Thrift Shop is then sold at  a low rate and shipped overseas to 200 developing countries who then give those items yet another life. India, for example, routes the books sent to be used in their schools. All this recycling and reuse keeps a million pounds of waste per year out of landfills, a worthwhile accomplishment in itself. 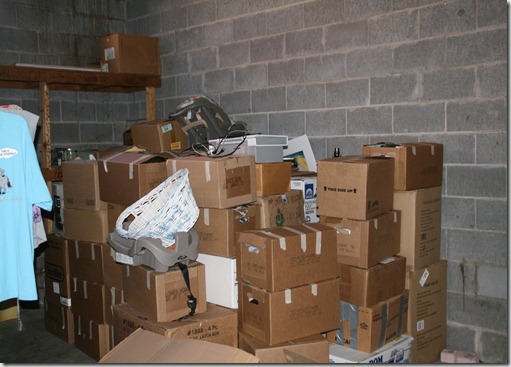 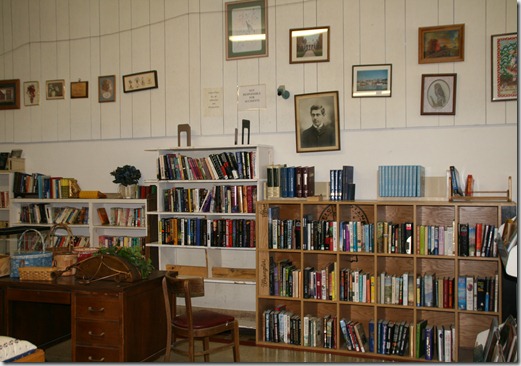 I asked the ladies about some of the more unusual items they have come across when sorting the inventory, and Peggy laughed that once someone brought in a pair of fuzzy house shoes, each filled with a full can of beer. She figured someone was pretty angry when they discovered they were two cans short of their supply. She also said that many times new clothes with the tags still in tact are donated. 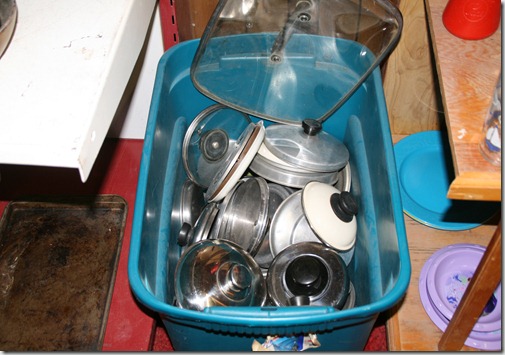 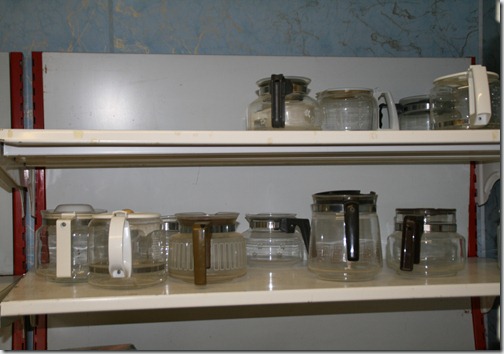 There are those dedicated shoppers out there who delight in scouring the racks and coming up with nice complete outfits for a fraction of the cost at retail stores and those who just want to stretch their clothing dollar with bargains. I find the thrift shop helpful when I need the occasional replacement piece, like a lid for my Corning Ware casserole dish, or drawer dividers to organize my drawers, long-sleeved work shirts, older real Levi’s without Spandex in the denim, those nice molded plastic hangers-a real bargain at ten for a dollar- really cheap flower pots, hardback books, belts, snow skiing apparel, men’s work overalls for a costume once, and other things I need from time to time. 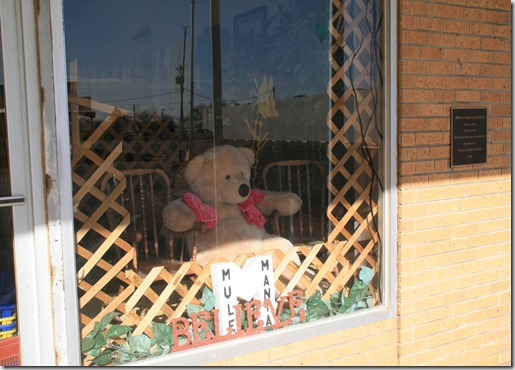 The thrift shop is open to accept donations every Monday morning from 8 to 12 and open for business on Fridays and Saturdays from 9 to 4. Save yourself some money and support your Heritage Foundation at the same time. You’ll be amazed at what you might find. 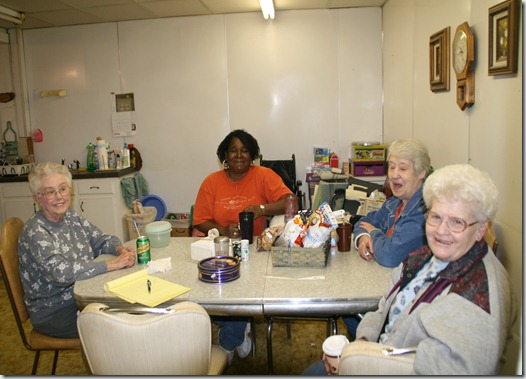