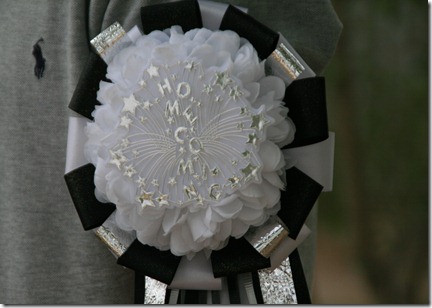 Fall weather finally kicked in, homecoming was celebrated, and Muleshoe and Andrews traded touchdowns to the obnoxious blarings of air horns on steroids to a 63-34 finale. These stupid air horns had a heyday, what with all the scoring giving them way too many opportunities to blast us out of the stands. Andrews brought one all dolled up with flashing colored lights, which apparently convinced someone from Muleshoe to drag one up, and the two proceeded to have their own little juvenile contest of who could squeal the loudest and ruin the most eardrums. I hope this is not a ritual we hear repeated in future games. But I digress. After Stephanie Vasquez was crowned homecoming queen, Jr. Baca scores very quickly on the Mule’s first possession, and suddenly we are in the lead 8-0. Soon after Adelaido Godinez scores another one for us, 15-0. Then Andrews scores right before the end of the first quarter, but we block the PAT, making it 15-6. The first quarter was fast; the rest of the game was not. And I could try to give you a blow-by-blow, but I don’t’ think I will. Both teams had some exciting runs, long passes, interceptions, and  bad defensive stands, which after some plays had us all shaking our collective heads and wondering where the boys’ heads were during some of those plays. I don’t know who the coaches might consider the MVP of that game, but I heard Jr. Baca, Ray Martinez, Ryan Deleon, Beau Avila, and especially Isaac Baca mentioned many times during the night. Beau quarterbacked most of the night, but Caleb Wood worked that position as well toward the end of the game. The Mules don’t play next Friday, but will go to Lubbock Roosevelt on September 23rd for the opening of district play.  Tune in then, and we will see if  the defense shows up for that game. Go Mules!