In Memory of Little Cat 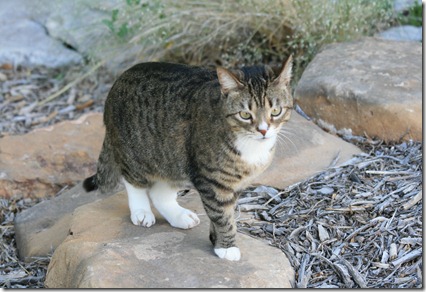 Little Cat was next on my list of cats to introduce to my readers. Unfortunately, Little Cat was missing when we came home from a trip to the lake on June 29. I have called and called, looked and looked, checked with Animal Control, alerted the vet’s office,  and I have to finally face the reality that she is gone. I don’t know where she might have gone or what might have happened to her, but in two days she will have been gone a month, so I am afraid I have to tell her good-bye. And this is the way I choose to do it. 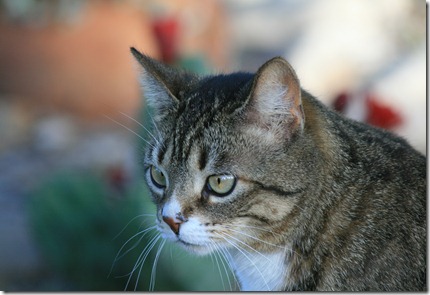 Little Cat came to live with us on April 21, 2009. I think she would be about six or seven years old now. Caroline was trying to downsize her cat population, which in turn just upgraded my cat population. Little Cat reminded me of my dear  Maynard that had died a few years earlier, plus she was just  an endearing  and vulnerable little cat that I had a soft spot for. She was what we all called the Special Needs Cat as she had been abused before Caroline rescued her, and we think she was slightly retarded. 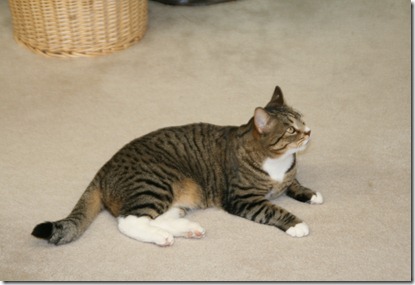 But such a pretty and engaging cat! Once we convinced her that our house was her new home and she became accustomed to helping me do my exercises in the barn, she allowed us to enjoy the pleasure of her company. She was an outside cat and had a bed in the barn with fresh water and food and a cat door for her coming and going. Over time she became pretty possessive of that barn, especially when I was in there with her, and would fuss at the other cats when they came in to eat or drink. 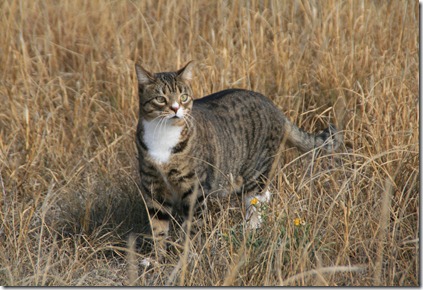 She also kept me company when I would weed the cactus bed and do other gardening chores. She had her spot under the Spanish broom bush and would surreptitiously  observe the world until she saw us come outside. Then in her funny little slew-footed gait, she would lope over to us, meow a greeting , and then help with whatever we were doing. 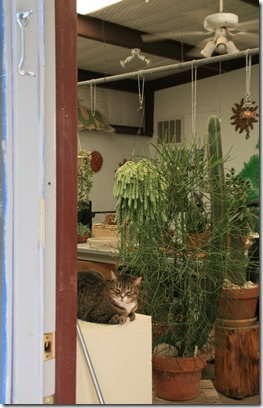 Doing my exercises is just not the same without her there to keep me company. 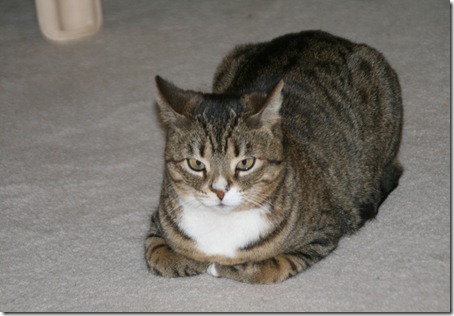 So, my dear sweet Little Cat, I miss you, and I hope you have your own special place wherever you are.