Our Version of the Masters 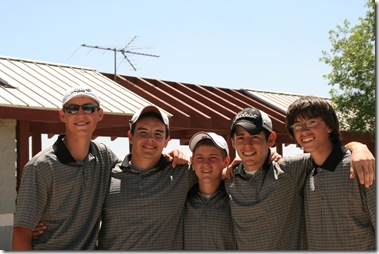 Muleshoe golf team: Tyson Turnbow, senior; Beau Avila, junior;  Colten Harris, sophomore;  Jonathan Perez, senior; and Mateo Castillo, junior. We spent the day yesterday, April 19, watching the Mules golf team take 6th place at the regional tournament in Midland at the Nueva Vista Golf Club.  Sixth may not sound like a big deal to you, but since the team came in 16th last year, we thought it was a real  big deal. And they shaved something like 40 points off their total from district. The Mules’ A player, Tyson Turnbow, will be going to State, but alas, didn’t win the gold medal, as he lost a tie-breaker with Garret Smith from Wall, but that’s okay. He will be there, and in the world of golf, it’s another day to make the stroke you missed the day before. The rest of the team had a good day as well. The weather was hot and windy-what else is new in West Texas?-but this team was ready for it. They played golf all year this year in wind much worse than yesterday’s, so they were ready. In fact, if the weather had been nice, they wouldn’t have known what to do with it. The only difference this time was that it was hot instead of icy cold. That’s the way it is up here with Spring sports. Schedule a golf match, baseball or softball game, track or tennis, and you are almost guaranteed lousy weather, followed by a Chamber of Commerce day. But I digress. The team did well, had a good time, and came home looking forward to next year. 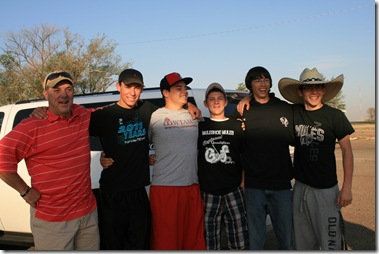 Coach Carey Sudduth, Tyson, Beau, Colten, Mateo, and Jonathan shared breakfast and a send-off Sunday morning before driving to Midland for a practice round.  Jonathan threatened to wear that hat  the next day. He decided against it, as he would have spent his time chasing the hat in the wind instead of his golf shots. 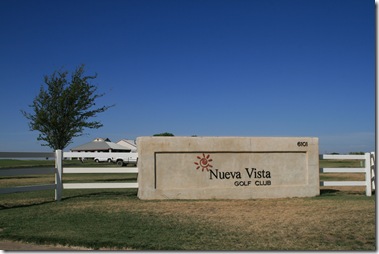 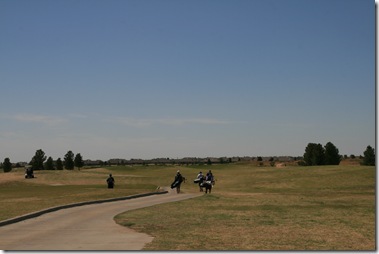 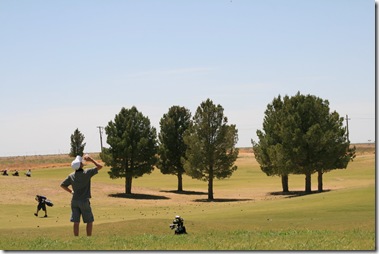 Whereas the Ratliff Ranch course they played on last year is a links course, this one is, too, but with pine trees instead of mesquite trees. 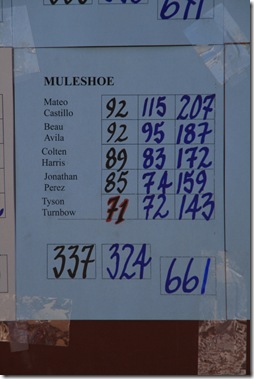 In case you can’t read the names, the scores are, from top to bottom, for Mateo, Beau, Colten, Jonathan, and Tyson. 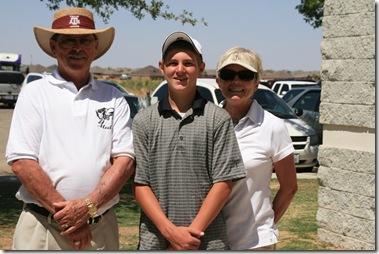 Bill and I took our chairs and had front row seats as the kids played through. We came home with redneck tans on our upper torso and golfer tans on our lower torso.