While gathering information the other day for another article I was working on for the blog, a question came up my source could not answer. “Ask Magann,” I was told. “She’ll know.” So I did. And she knew. Magann was named after her grandmothers Mag Singleton  and  Ann Lamb. Many people misspell her name, but she’s never met another Magann.

And then it hit me-this is a person I should be writing about. Magann Rennels should be considered a national treasure in that she can give a local color story in connection with anything I asked her. For example, when I double-checked the year she and Jack were married, without missing a beat she told me 1967, along with the story of the argument she had as a little girl with her mother about planning to carry a parasol in her own wedding and her mother told her opening a parasol in the house or church would mean bad luck, to which family friend Marie White said, oh, just hush, she can get married  in my back yard under the willow trees I plan to plant. The willow trees were planted, and flower girls Tyree- Wagnon and Alison Pool carried a blue and a green parasol like a basket  filled with rose petals which they tossed on the ground as they walked down the lawn, after which they opened the  parasols. 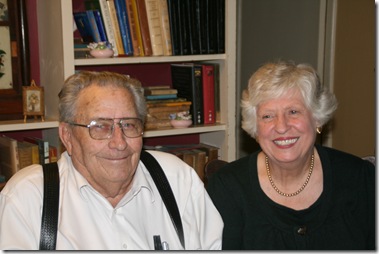 Magann Lamb Rennels was born in Lubbock, Texas, on January 26, 1943, to Gil and Olabelle Singleton Lamb, both of whom are stories in themselves. I kept telling Magann I wanted this to be about her, not her parents or Channel 6, the local cable television station the family has operated since 1980, but about the time I would get her on the subject of herself, invariably the talk returned to Mama and Daddy or Channel 6 or family history. Magann is inextricably tied to her family and Channel 6.  I couldn’t write about one without writing about the other.

Her dad Gil Lamb was in show business, working in traveling tent shows. He sang, acted, and played the trumpet with the Harley Sadler and his Own Company tent shows in Texas, Oklahoma, Colorado, and New Mexico. Magann said people 60 and older would remember the tent shows as these traveling shows were a major source of entertainment at the time  and the performers were the rock stars of their day. Magann laughed that Inez Bobo was thrilled to realize that the man she heard sing Are You Lonesome Tonight at one of the shows turned out to be the Gil Lamb that she now counted as a friend. Later he sold wind chargers to farmers and eventually got into radio sales which led to  KMUL and then later opened the path to Channel 6.

Magann’s mother, Olabelle Singleton, lived in Tahoka, but met Gil Lamb on a blind date in O’Donnell when he was an actor with one of the tent shows.  Olabelle, who later went on to work as the personal secretary for the wife of Texas governor James V. Allred, told her daughter, “Maggie, remember, women are not treated like men in the workplace.” As I listened to Magann chronicle her own life in radio and television, it became apparent that Maggie understood that comment  but never let it slow her down. I asked if she thought her mother would be a feminist if she were alive today. “No,” she smiled proudly, “but she would be thrilled at how far we have come.”

After Magann was born in Lubbock, the family moved to Tahoka, Austin, back to Lubbock, Clayton, NM, back to Tahoka, and finally to Muleshoe in 1954.  Her dad was working for KICA in Clovis at the time selling ads in Portales, NM, and Muleshoe. Magann, a sixth-grader at the time,  was not thrilled with the move.  “I hated Muleshoe,” she laughed, and said she made no bones about it. In an effort to change Magann’s perception of the town-after all, this was going to be home-her mother saw to it that she wrote a story about a Girl Scout meeting held at the Boy Scout Hut, the very one that was recently demolished. She dictated the story to her mother and loved every minute of it-her first radio report! She even decided Muleshoe wasn’t so bad a place. By 1956 Gil  was broadcasting for KMUL and Magann hosted a show called Teen Time Parade. She took music requests till it was time to go to school. Elvis’ I Want You, I Need You, I Love You was big at the time and she hated it because it took so long to write  down the title  when it was requested. “ It never dawned on me that I didn’t have to write down  the whole thing,” she giggled. But she never ran out of paper; she used the back side of the old AP news stories that came over the wire 24 hours a day. No shortage of paper there. She was recycling before it was fashionable. At that time the KMUL DJ was Johnny Kilmer, then Buddy Peeler, and when he went off to college, it was her turn. She was thrilled because  at the time it was customary for women to work behind the scenes in radio, never on the air. Just like her mother had told her.

Magann continued to DJ until she graduated from Muleshoe High School in 1961. Always intending to come back and work for her dad, she attended Texas Tech University and majored in radio and TV journalism and worked for KTXT-FM before most people  had FM radios, so naturally few people heard her! But she went on to do the Techsan’s Talk every night for two years before transferring to Los Angeles City College for a summer. It was a wonderful experience. She lived with her aunt Mariet Lamb, went to school four days a week and then the other days they did all these exciting things like going to plays, fancy restaurants, and the beach. At this point Magann said, “ I was the only grandchild, so I was spoiled and was considered perfect,” no doubt allowing her to enjoy all these experiences that  broadened her horizons. She could have gone anywhere but chose to go back to Muleshoe and work for her daddy after graduation from West Texas State University.  And then she  meet her future husband.

John Black was on the air from 7 to 11 at night, and Jack Rennels would come to visit him at the station. Seems Jack took to visiting with Magann on those trips as well, leading up to that 1967 marriage. I dutifully took a page of notes on  Jack’s contributions to Channel 6 and his history working with Bailey County Electric Co-op and Five Area Telephone and all his contributions to the success of Channel 6 and Gil Lamb Advertising  before reminding her and myself that this was her story, so we switched back to years later when dad Gil wound up selling his part of the radio station to the remaining partner and Magann was then unceremoniously fired in November of 1979 as was Gil the following March. The family was devastated. Earlier Magann had gone on to earn her teaching certificate, doing her student teaching for our own Dr. Kerry Moore, but she felt inadequate to be a teacher because, in her words, teachers should be the very best, and since her heart was in broadcasting, she was afraid she wouldn’t be the very best teacher she could be. Then she told me, very seriously, that she walked into the hallway and said, “God, what do you want me to do? And He said to me,  “How did you start?” She thought a very short minute and said, out loud, “Well, in the living room of our house.” I failed to mention that much of the earlier KICA broadcasting was by remote, truly emanating from the living room.

While that was all ruminating in Magann’s head, Gil went to KICA in Clovis to see if they would carry  the Muletrain program that had been on KMUL. At that time they just wanted country music, so the other option was asking Merlyn Neel at the cable company about putting the program on Channel 6. The approval came through and the Muletrain has started the day for many a Muleshoe resident from that time on. Magann was back, as God asked her, to where it all started, in her very own house. 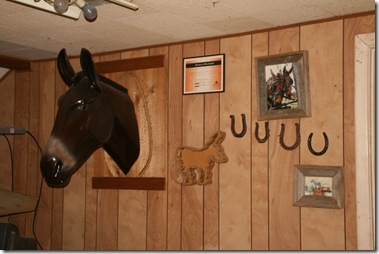 Memorabilia in the broadcasting room, which has moved upstairs. 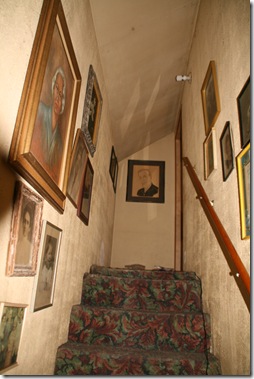 The staircase to the broadcasting desk.

Many changes have come over the years. Gil Lamb Advertising has flourished on the web and has embraced the age of Twitter and Facebook. Video coverage of local events has added a new dimension to Channel 6. There was a time in the 90s when Channel 6 was almost taken off the air, but local fans raised a cry and hue and it remains to this day. But there I go digressing again into the history of Channel 6 rather than focusing on Magann. While she is still the voice of Channel 6 along with her oldest son Gilrobert, who also handles the Twitter and Facebook components,  she also enjoys time with sons Payton and his wife, who live in Florida, and Greyson, who lives in New Mexico. Jack is still the love of her life, but now she is also the proud grandmother of two girls, Payton’s two daughters Julia Grey, 5, and Eila Ann, 16 months. 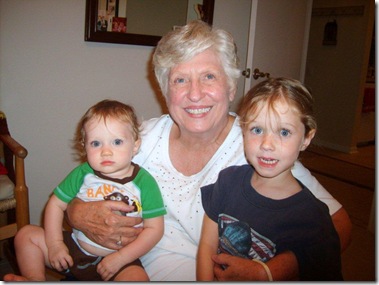 I am  reminded how invaluable Magann is when we have our Christmas community dinner at the First United Methodist Church. She is in charge of the list of deliveries and can tell those of us who deliver all we need to know to make a successful delivery, things like who is deaf and won’t be able to hear us knock on the door, whether to knock or ring the doorbell,  which door to use, who won’t be able to walk to the door, or how to identify the house if it has no numbers. We couldn’t do without her wealth of knowledge. 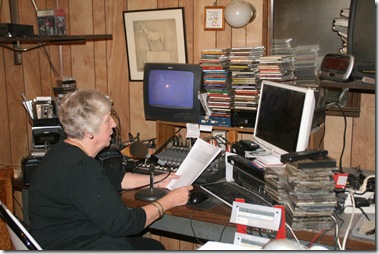 I couldn’t help thinking that this woman must surely be the person who came up with the idea of the ‘”rest of the story” long before Paul Harvey ever thought of sharing a little background on an event. So any time you need to know the rest of the story, just call Magann. You will enjoy the visit and learn something at the same time.