If Washington , DC is light, spread out, and all about history, New York is dark, crowded, and all about money. We took a Grey Line bus tour of the city, which was the thing to do, and it seemed that every fact, of which there were many, the tour guide told us had to do with money-how much this building cost to build, how much this apartment cost to rent or buy, or what rich or famous person lived there or owned the building. We also took a Circle Line boat tour around the island of Manhattan, another good move. We went by the Statue of Liberty, Ellis Island, numerous famous buildings, Yankee Stadium, the United Nations, World Trade Center area, and under twenty bridges.

Again, I took more pictures than you care to see, so I will share a few of the ones I like best. 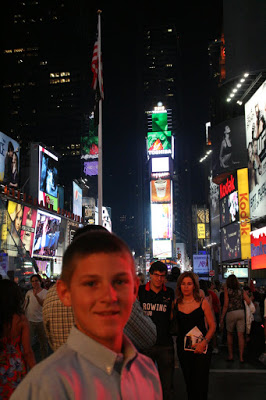 We stayed at the Marriott Marquis Hotel, which was right on Times Square, which turned out to be a good choice because we were centrally located. Colten saw lots of things on Times Square that we don’t see in Muleshoe, like a singing cowboy with very little on but his boots and hat, wall to wall people from all walks of life, enormous video billboards, and you can imagine the rest. Well, no, I don’t think you can unless you have been there. The on-going show of mankind was amazing. 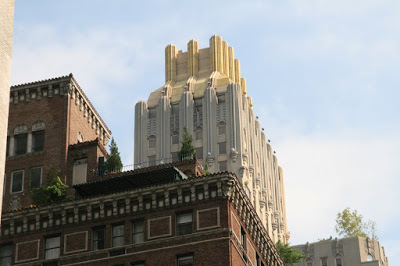 I tried to take pictures of things we would not see at home, and I have yet to see a rooftop garden in Muleshoe. 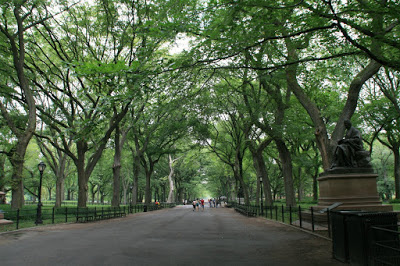 I see pictures of Central Park with grass fields and skyscrapers in the background, so I thought this would give a different view of the park. This wide esplanade takes visitors out of Shakespeare Park, which has statues of Shakespeare and some of his characters, and plaques with lines from his plays. 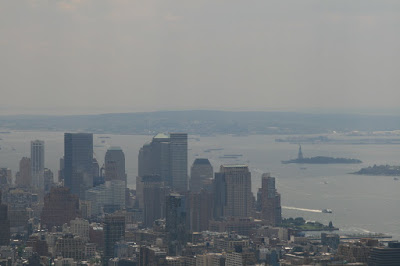 After a couple of hours of lines, we finally made it to the top of the Empire State Building. To the right of the city stands the Statue of Liberty. People were lined up three deep at the rail to see the city and take pictures, so we had to wait even after getting in to enjoy the view. 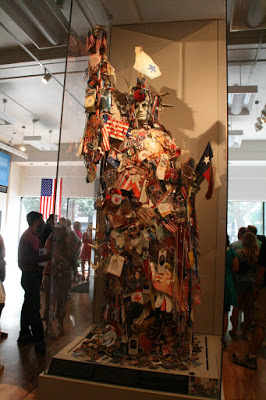 Ground Zero now just looks like another construction site as they are rebuilding and beginning the 911 memorial. But they had a gift shop/museum that displayed pictures of the event as it unfolded and models of the memorial. They also had this small replica of the Statue of Liberty that mysteriously appeared at one of the firehouses close to the scene. Over time people added mementoes and memorials to the statue which now stands in this gift shop. 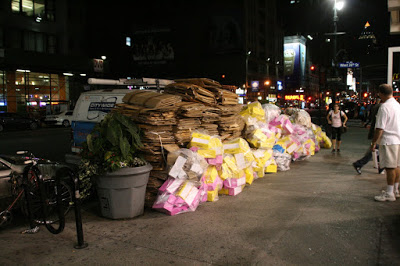 You won’t see this in Muleshoe: garbage piled up right in front of the store waiting for pick-up the next day. We saw it all over town, in front of fancy stores and restaurants right along with the more average places. Perhaps some areas in New York have alleys, but downtown Manhattan isn’t one of them. 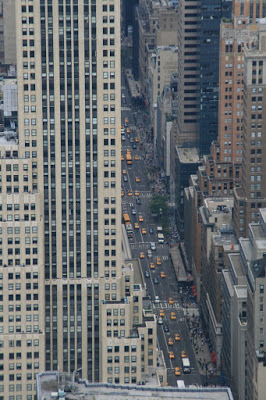 This shot was also taken from the Empire State Building. I like the contrast of the buildings with all the cabs and other vehicles. This is pretty representative of the city. 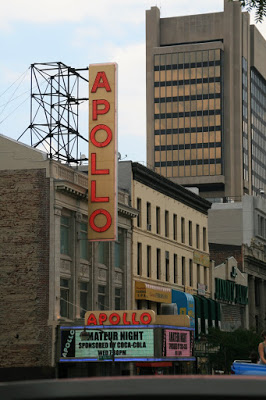 Our bus tour took us to Harlem where we saw the Apollo Theater, where many of the black performers we enjoy got their break and went on to become icons in the music world. 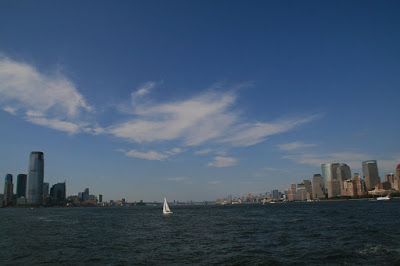 You are seeing New York on your right; New Jersey on your left. This was one of the views we had from the tour boat. 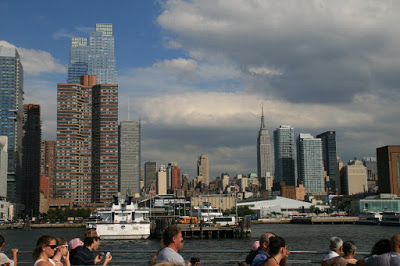 Another view from the tour boat. 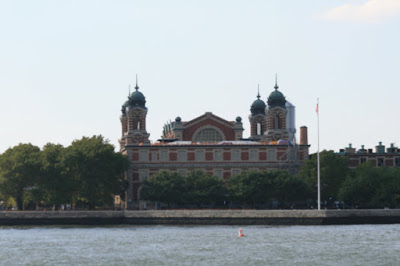 Ellis Island is one stop we felt like we didn’t have time to make since our time was limited and it deserved more time than we could give it. If I ever get back up that way, it will be one of the first places I will visit. 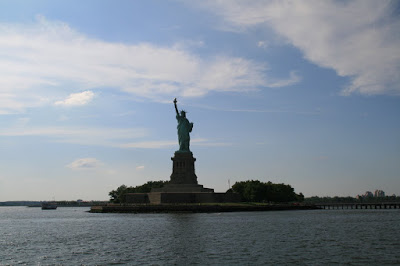 To go up into the Statue of Liberty tickets have to be requested six months to a year ahead of time, and we didn’t know to do that. But to me the beauty of the statue is not going in it but seeing it from the water, so we were just pleased to go by it. 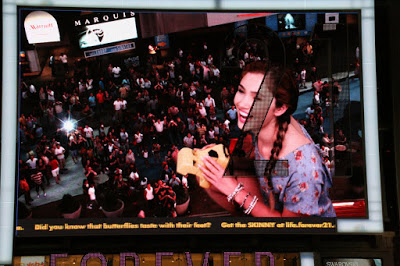 This is a huge interactive billboard on Times Square advertising a brand of clothing called Forever 21. The girl you see takes pictures of the crowd, live, and then shows them and you try to find yourself in the crowd. Then she comes on and paints over the last picture she has shown, and the whole process starts over again. In this one Colten has on a pink shirt and I have on white. Can you find us?
We finished our trip by riding Amtrak back to Washington, DC, and flying Southwest Airlines home. It was a great trip. It as also great to be home.