The city of Washington, DC, is light, spread out, and all about history. It is the heart of our country, and every American should see it.
We did a darn good  job of seeing most of the main attractions, but it became a case of so many buildings and monuments, so little time. We walked almost everywhere, took rather expensive taxis when we just flat ran out of steam, and rode the Metro, their subway, twice. We discovered that many of the major attractions required a ticket, for the sake of crowd control, but the tickets were free. Wait in line for tickets, then wait in line to use your ticket. We also discovered that to take the White House tour, we should have applied for tickets six months in advance with our congressman. But the outside of it was good enough for us. We did manage to get a special Capitol tour with the help of Congressman Randy Neugebauer. We made all the Smithsonian buildings except Arts and Industries, which was closed for rennovations.

I took many more pictures than you would care to see, so I will just share some of the highlights with you. And again, I encourage you to go see the city for yourself. You will spent a boatload of money and wear yourself out, but your heart will swell with pride and patriotism, and your heart will break when visitng monuments honoring the lives lost to protect the United States of America. God bless them all. 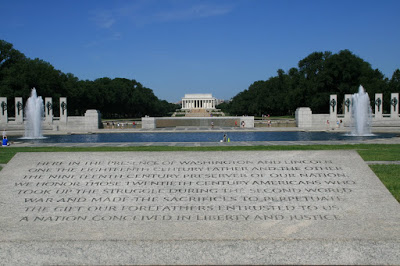 That’s the Lincoln Memorial in the distance, framed by part of  the World War II Memorial 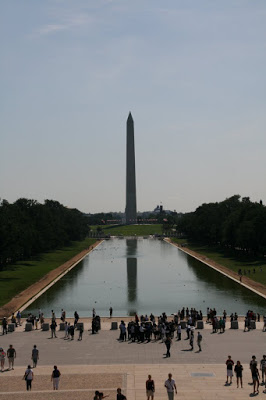 The Washington Monument and the Reflection Pool. 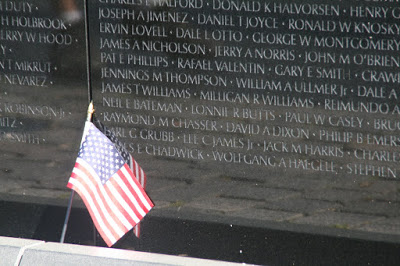 The Viet Nam Memorial was the most emotional monument for me. 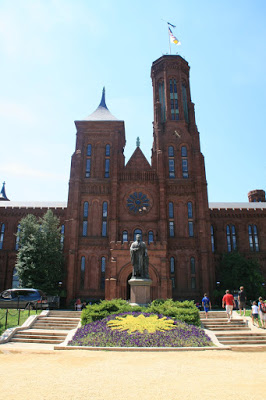 The Smithsonian Castle was beautiful and architecturally different compared to the other Smithsonian buildings. The exhibit when we were there was of Madeleine Albright’s book Read My Pins and the many pins and brooches she wore while serving as Secretary of State.

The Library of Congrress is a beautiful building, like no library you have ever seen before. 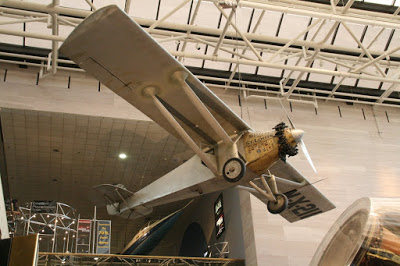 The Spirit of St. Louis flies in the Smithsonian Museum of  Air and Space. 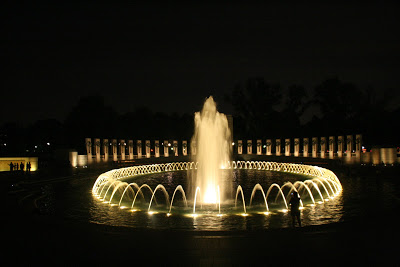 The city at night is equally impressive. This is the fountain at the World War II Memorial. 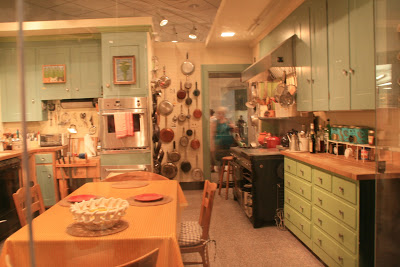 Julia Child’s kitchen can be found in the Museum of American History. Another interesting exhibit in that building was the actual flag that inspired Francis Scott Key to write “The Star-Spangled Banner,” complete with the story of the battle and how it all happened. No pictures were allowed for that one. 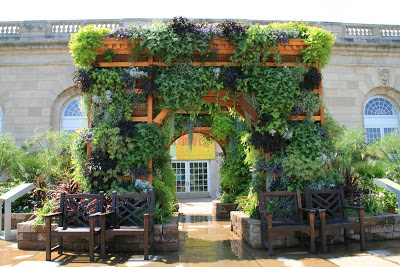 This arch marked the entrance to the Conservatory, the only building that did not require going through security check. I guess they figured no one would care to sabotage plants.They even had a nice collection of cactus. I could have much spent more time there, but it was time to head for New York by that time.
Which we did, on Amtrak, and we had that nice ride through five states I mentioned earlier.