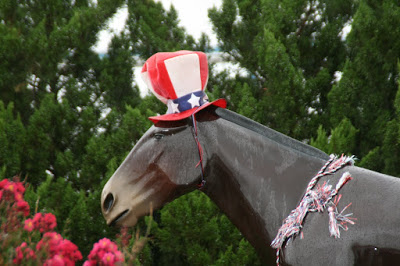 The Fourth of July is a big deal in Muleshoe. This year the weather was cool and rainy, which was a nice change from the sweltering heat of most years, and it didn’t seem to keep people away.  Well, my crew didn’t venture out, but part of that was job responsibilities, travel weariness from a return trip from Sedona, Arizona, and late-night class reunion sleepiness. Heavens, it was a class reunion for me at the parade and afterwards at Carolyn’s store, where she was set up for booth vendors inside this year. I saw many, many former students who were kind enough to stop and reintroduce themselves to me in the event I didn’t remember them. They don’t believe me, but I really do remember them. The face, although matured from when I first knew it,  is always familiar; it’s the names I misplace. I always enjoy seeing how the kids have grown up, and they always do, even those I had  my doubts about! But that reunion aspect of the holiday I always enjoy, rain or shine. 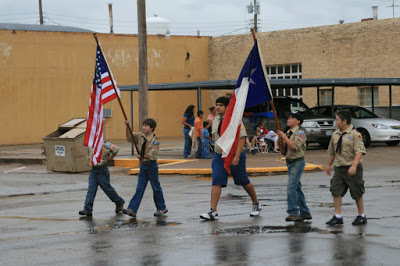 The rain was nice enough to stop for the duration of the parade, which was 25 minutes long this year. I guess our parades will never be what they once were, with bands and horses and all kinds of floats, but this was a nice parade. The cheerleaders were out in force marching together, lots of kids on bicycles, four-wheelers, and other vehicles, a good number of floats, business vehicles, antique cars, trucks, and tractors, and a good number of family floats just for the fun of it. We even had a group of mules and horses this year, which to me makes it a good parade. The EMS and fire trucks came through last, lights blazing and sirens blasting. So in all it was worth braving the weather to watch. 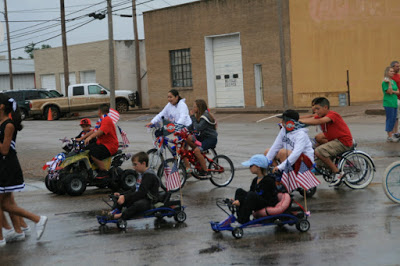 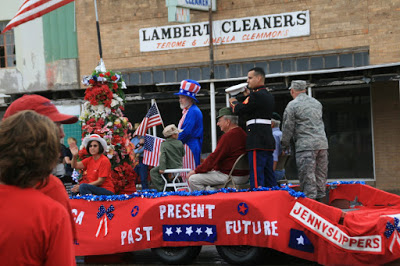 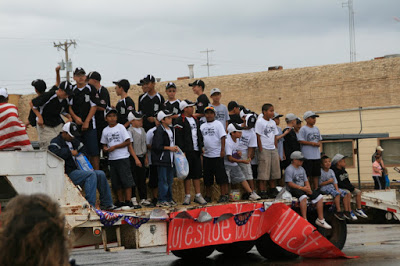 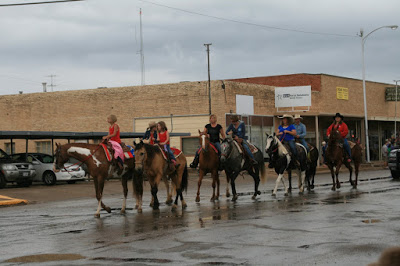 Everyone then filed into Carolyn’s to get away from the weather, which had changed to wetter by the end of the parade. That is where I saw so many familiar faces. Kids took mule rides across the street despite the rain. People also took refuge from the rain down at the west end of American Boulevard where Williams Brothers’ General Store had a tent sale going on. The Mule Putt was open, but I confess I forgot to drive down there to check on the miniature golfers and the mule shoe pitching contest. But I did think to drive by the softball field where the rain had not dampened anyone’s spirits. Families and teams had their own tents up for spectating and tailgating, and the games were moving right along. 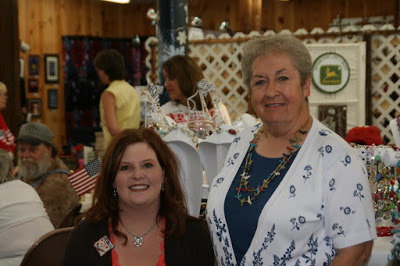 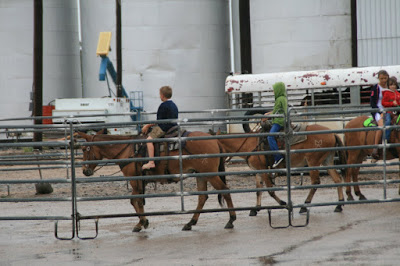 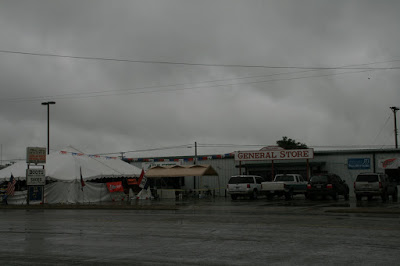 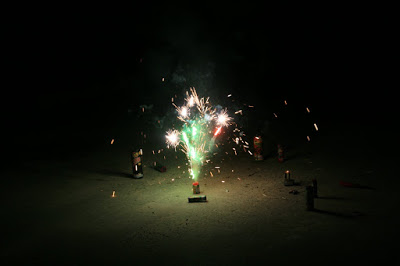 Colten had put on our own little fireworks display the night before in our driveway. Nothing huge but entertaining enough for a pleasant evening at home with the grandkids. But now it was time for the big show down at the park. Some of us crashed before dark, but those of us who braved the night and found a spot to park for good viewing were much rewarded for our efforts. The rain had stopped by then, the breeze was calming down, and the show was spectacular. 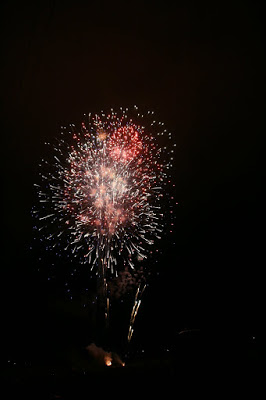 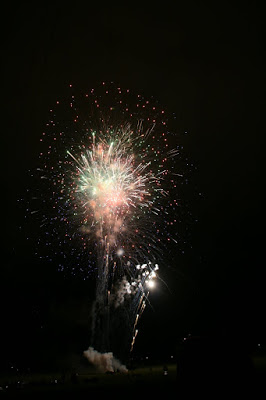 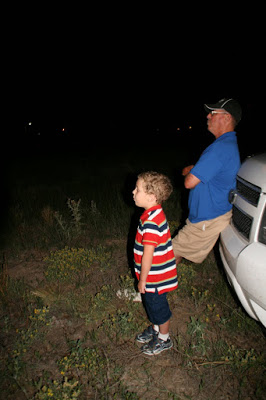 Sunday morning at the Methodist church we wore red, white, and blue and sang patriotic songs. Julie Cage read a thoughtful article about the American flag, Corky Green gave some historical background before reading the Gettysburg Address, we honored our veterans and active soldiers, and I suspect I was not the only one moved enough to shed tears of American pride.

Muleshoe is a nice place to be on the Fourth of July.