Bluebonnets, Paint Brushes, and Galardias,Oh My! 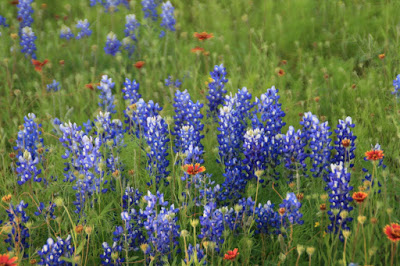 Every few years the stars align, the weather gods comply, and the wild flowers in the Hill Country just go crazy. This was one of those years. The Adrians joined us and we took off Friday to see the show. And it was spectacular. 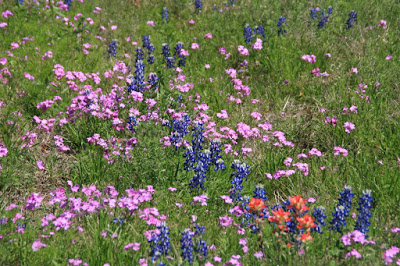 We wandered around the Burnet/Llano area and were rewarded with tons of color. Bill would pull off the highway and Lonnie, Hellen, and I would tramp around in the ditch and stand in the middle of the road taking pictures, you know, doing the typical tourist-here-they-are-in-the-way-again thing and enjoyed every minute of it. It was obvious, however, that the bluebonnets had probably actually peaked last week because I would come across large areas where the flowers had already turned into seed pods. And that’s okay-preparation for next year’s show. We finally just had to quit stopping for the pictures or we would still be there because every bend in the road seemed better than the last. And really, pictures just don’t do the flowers justice. 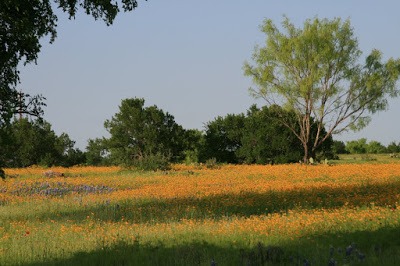 But if the flowers were on the downhill side for us, imagine what they were a week or so ago. Goodness, the hills were alive with color even now. And the scent! We were enveloped with a wonderful, sweet, can’t be duplicated by anything man-made aroma as we ambled around in all that beauty. 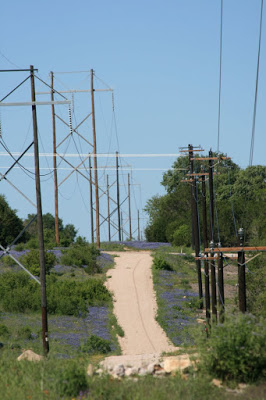 Saturday we went in the direction of Austin and found that the flowers were mostly to the northwest of the city, so we headed back that direction, but not before making our way to the Pappadeaux’s on I-35 for lunch. While I waited for everyone to finish their last minute chores, I watched a squirrel in a tree by the parking lot.  Apparently he felt his territory in jeopardy because he became very defensive, standing on a lower branch of the tree staring at me defiantly in a very aggressive posture, flipping and jerking his tail to let me know I should move on. When that didn’t work, he sat up like a chipmunk, glared at me almost with a smirk on his face, and thrust his private parts at me, just to make sure I got the message. And he just kept flashing me! Dirty little squirrel-man. By the time everyone showed up at the car, the little pervert had scampered off to a higher limb, and no one believed me. Naturally the camera was locked in the car all this time so I didn’t get a picture, but then, I was so taken aback by his actions I didn’t even think about a photo op. I wished I had taken a picture of the little devil to prove it, but then I couldn’t use it in this blog or I would be arrested for putting animal pornography on the Internet. Really. Beware of male squirrels in the spring. 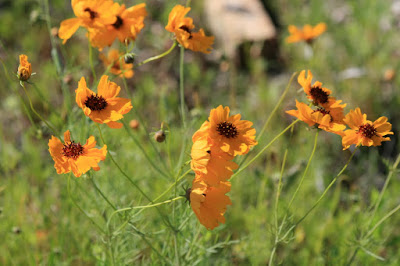 We found many more wildflowers on Highway 71 and smaller county roads and again had to look both ways to keep from being a traffic fatality as we stood in the middle of the road for the best shots and panoramic views. But it was worth it. I offer just a few of the 150 shots I took to share the experience with you. I know there are emails of bluebonnets going around right now, so mine will just be more of the same. But they are so lovely, perhaps you won’t find it difficult to look at yet one more picture. 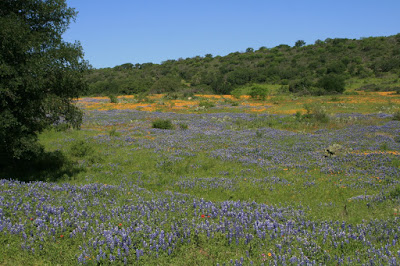 If you have never made a wildflower run to the Hill Country and/or the Brenham area, mark your calendar and plan next year to see God’s work in all its radiant splendor.