Trip buddy Pat Angeley arrived right on time. We were looking forward to the second wave of wildflowers in the Hill Country, myself having enjoyed the blue bonnets earlier. Bland overcast skies followed us, which kept me from wanting to stop every five minutes to take a picture of the yellow buttercups dotting the ditches. I have come to realize that clouds add so much interest to the photo composition, so a plain sky makes it easier to just keep on driving. Which we did; kept driving, I mean, and this is what we saw: 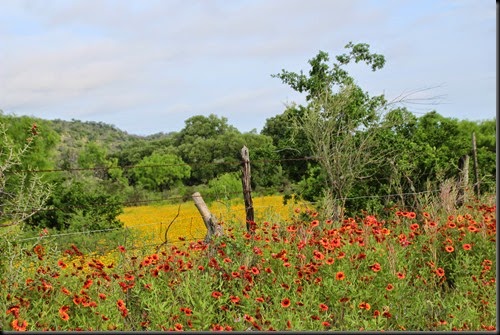 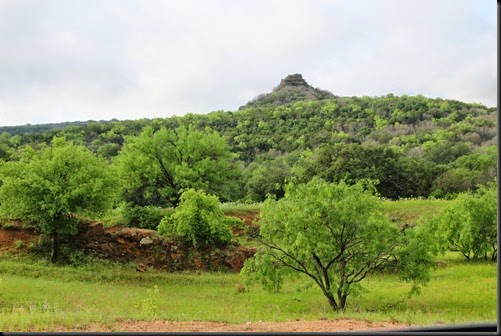 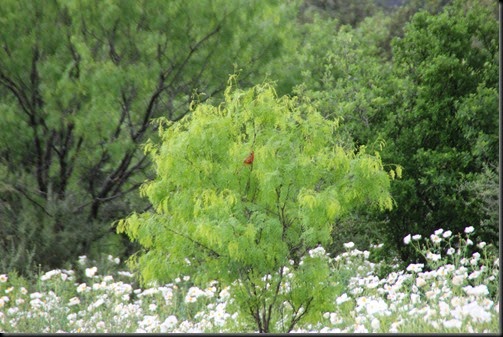 Later we sort of cheated and found flowers at Wildseed Farms in Fredericksburg. 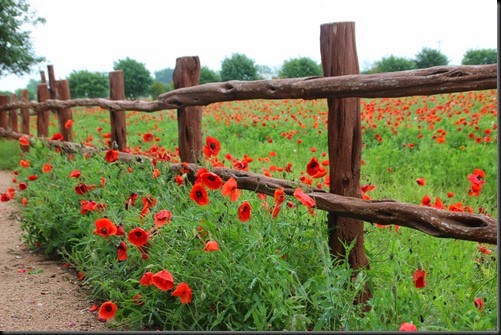 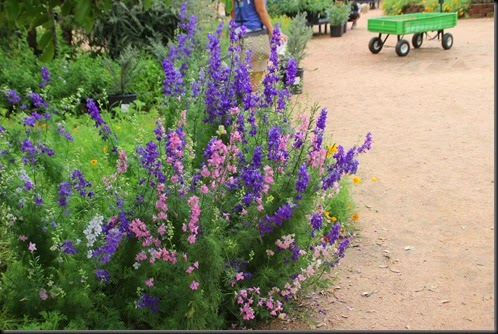 We also came across these pink flowers and have no idea what they are. But they looked pretty. 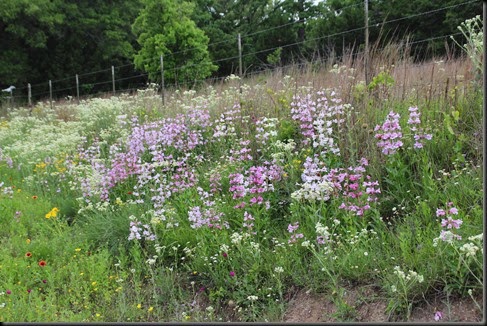 Blue bonnets were still out, but the red gaillardias and various yellow flowers were coming into their own. 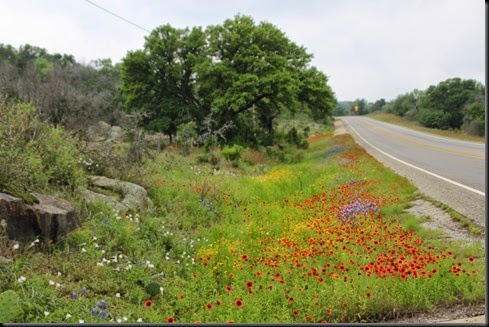 In Kingsland I have found a hidden place that is always good for a photo op, digging up an occasional cactus, and catching a glimpse of a white flag as white-tailed deer flee the scene. 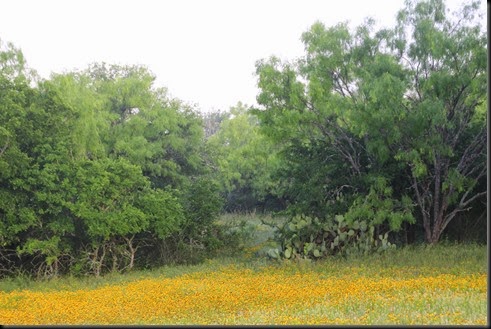 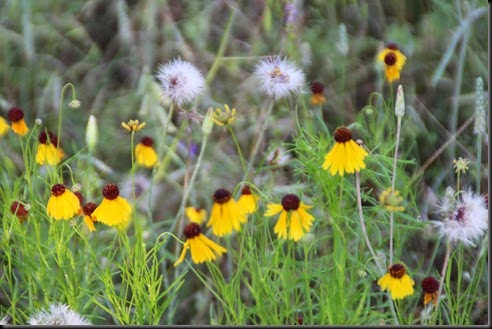 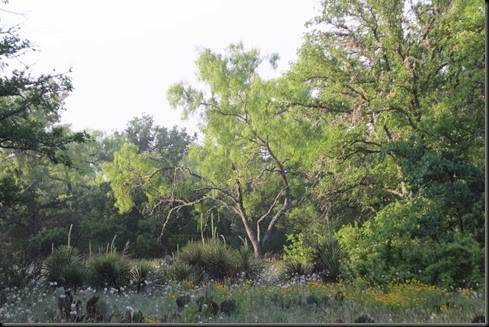 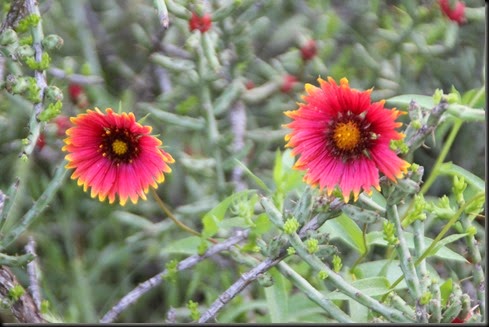 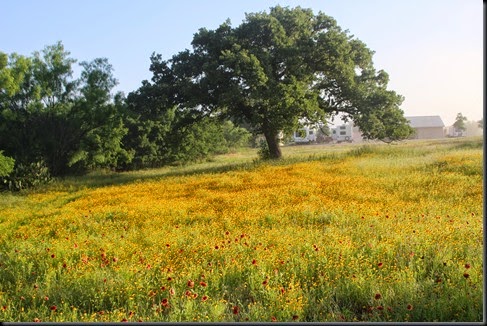 Courthouses are always interesting, especially the older ones. We saw this one in Johnson City, county seat of Blanco County, 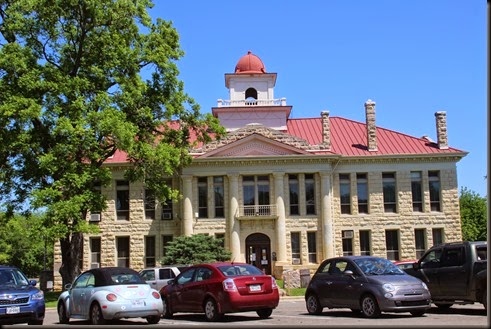 and then discovered this rather plain one in the city of Blanco, also in Blanco County. Turns out they moved the county seat from Blanco to Johnson City in 1890, and the original court house was forgotten. Sometime in the recent past, it has been turned into a visitor’s center, offices, and events venue. A few trees and a little landscaping would dress it up considerably. 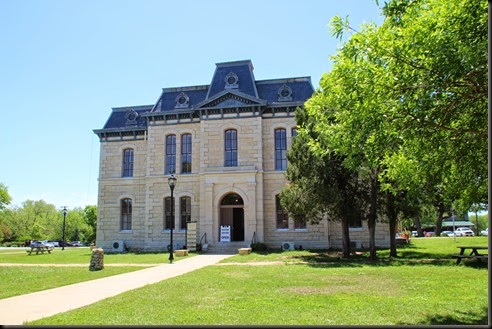 As we left the Hill Country on the way home, we passed big patches of wine cups like we are used to seeing patches of blue bonnets. I had never seen this many together before and again was tempted to take a picture each time we passed yet another batch of them. 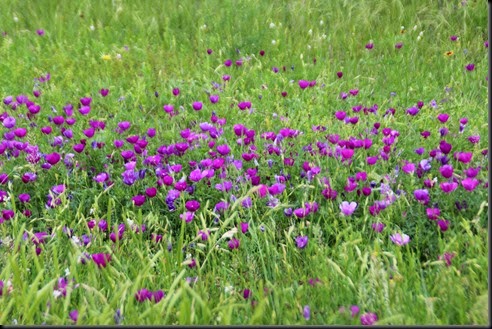 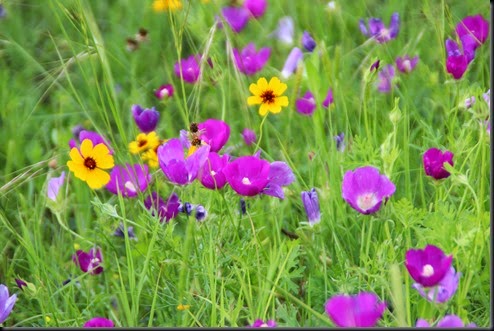 And then the closer we came to Muleshoe, the more yellow buttercups we saw again, our answer to blue bonnets. 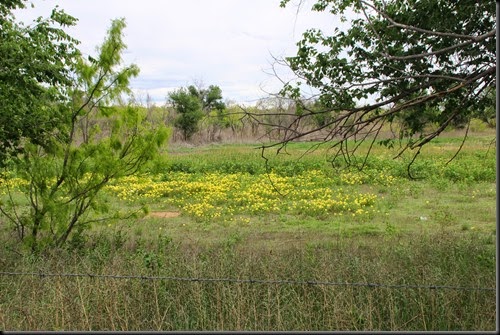 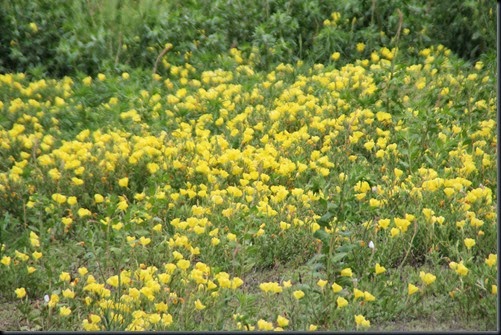 These little purple flowers, which I have heard called Tahoka daisies, but which I think are a wild aster, could also be found close to home. 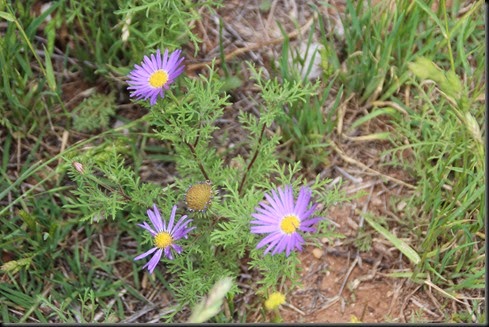 So if we look, we can enjoy wildflowers right here in West Texas. But road trips are always seductive, and since the grass always seems greener elsewhere, or in this case, the wild flowers seem brighter in the Hill Country, I suspect wild flower trips will never go away. 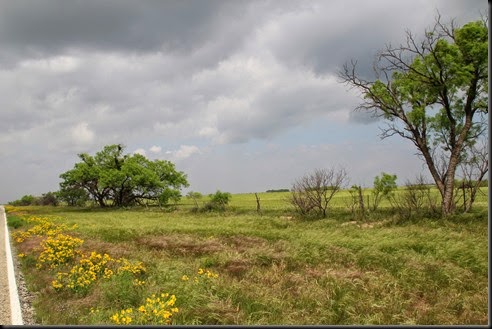 And that’s not a bad thing. You can never see too many wild flowers.