Two Christmas Stories-The Liles Extravaganza, and 50 for No. 50

Everyone came to our house this year for Christmas. We had a houseful, and that’s the best part. AJ and Erin even brought their aging dog, Harper, so we had three dogs, one house cat that checked every gift box, and one cat that darted in every time the door was open to cuddle with Maya. One of our better Christmases. The results were two large leaf bags of trash after the attack on the packages, and being the recycler that I am, enough bows, gift bags, wrapping paper and tissue paper to last me till i die. 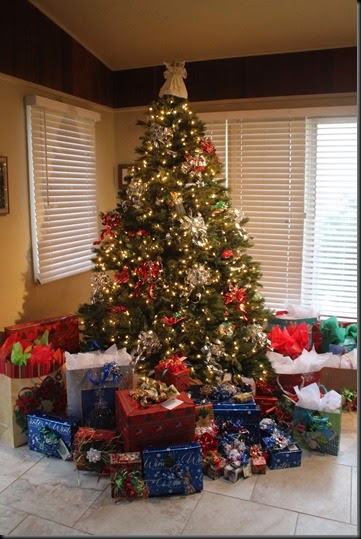 Caroline’s gifts, at her request,  were donations to St. Jude’s, sponsoring animals at the Clovis Zoo, and a donation to Heifer International, bless her heart. Her husband Neil receive what he wanted-beef jerky and certain candies, and self-repairing targets for practice with a box of bullets. He is easy to buy for. Colten got lots of gift cards and the new XBox. AJ’s gifts were things that worked right in with his hunting-bullets, a meat-grinder/sausage-maker and the bullets and self repairing targets. Erin got gift cards and kitchen utensils as she loves to cook. Maya got her first IPhone, a real surprise, I think, and other things. Ben now has a gaming chair and a remote-controlled helicopter. Bill got two magazine subscriptions and clothes. He is the hardest one to buy for. I am the easiest to buy for; everything is fun for me. I got a new Painted Pony, a beautiful belt, lots of Opium perfume. and a new Kindle Fire HD 7, which was totally unexpected.  But the biggest surprise was the giant horned lizard, horny toad as we like to call them, that Bill snuck in under my nose and took me outside to see after all the wrapped presents were opened. What fun! 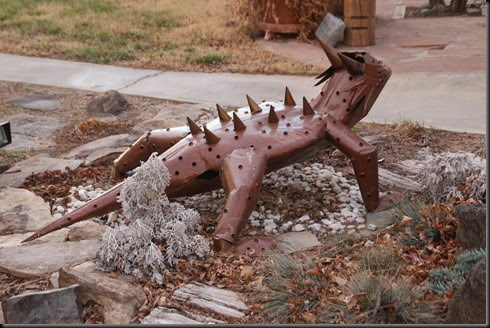 We had taken in the new Hobbit movie on Christmas Eve afternoon, and all went to our candlelight Christmas Eve service at our Methodist Church that night before tucking into bed to wait for Santa to come. Christmas day was full of the gifts, too much to eat, and an afternoon of really good visiting and fellowship. But the other side of Christmas is that not everyone was as blessed as we were. I’m not bragging about all our wonderful gifts; I am trying to make a point of comparison. God graced us with way more than we deserve.
I received this Christmas letter in a card for Tara Simons Orsak, a family friend, former student, and fellow Aggie from Edna, Texas,  the town we moved from to Muleshoe. Her letter touched my heart, and I felt the need to share it with you. I asked her permission to reprint part of it just as she wrote it, and she graciously agreed. I couldn’t retell it any better than she said it herself. Even though I learned about the tragedy in a Christmas card, the event happened closer to Thanksgiving, but it serves, I hope,  to make us all realize we have so many blessings that we fail to recognize, and I think it restores faith in human nature and what love can do. I hope you will read it to the end. Here is what Tara wrote after updating us on other things her family had been up to.

“Events of the past few weeks have forced our family to stop and reflect on the bounty of blessing that we have in each other and in you, our friends. I wanted to share this story with you.

On November 25th, three days after a surprising win in a bi-district football playoff game, one of [her son] Cade’s friends, classmate and teammate, Noah Ortiz, lost his life in a house fire along with his four younger brothers and sisters, Nicholas Ortiz, Julian Ortiz, Lilyana Hernandez, and Areyanah Hernandez. This tragic event devastated our small town. Noah was a defensive tackle for the Edna Cowboys, wearing jersey number 50.Amazingly, the Edna Cowboy football team, with heavy hearts, rallied around the family that suffered such terrible loss, and continued to play football in Noah’s honor for three more weeks, in a most improbable playoff run, becoming state semi-finalists in Texas’ Division 1, Class 3A bracket. During the regional playoff game, the first game after losing Noah (#50), Cade as the ball holder, was able to take the hike and lay on the ball in order to forego the extra point after a touchdown and make the final score of the game 50-28, in honor of Noah. Our opponents in each of the playoff games, representing the towns of Ingram, Halletsville and Cameron, made donations of more than $16,000, $19,000, and $36,000 to Noah’s family prior to each game. In addition, more than $60,00 was collected in two online accounts.

God shows his love for us through the actions of others and through tear-filled eyes we have seen that there are many loving people in this world. There continue to be many tears shed for the loss of these precious children. At the same time, our community has been so excited about the success of our team and humbled by the compassion and generosity of people from other places. We feel that we have all been a part of a nightmarish fairy tale. Our boys have grown as teammates and young men while we have all witnessed God’s plan, power, mercy, strength and love. May we celebrate all of these things god has given us. in addition to the best gift of all, Jesus.”

God’s plan is hard to understand at times, but his grace and his Son are our gifts 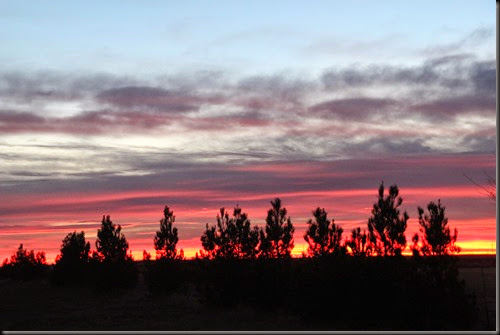