I had three hours to kill one evening on my last trip to the lake last week and decided to take in the newly released movie Interstellar. If you like psychological sci-fi on a grand scale minus any creature costumes, you will probably like this movie. Who am I kidding- if you like Matthew McConaughey, you will like this movie. 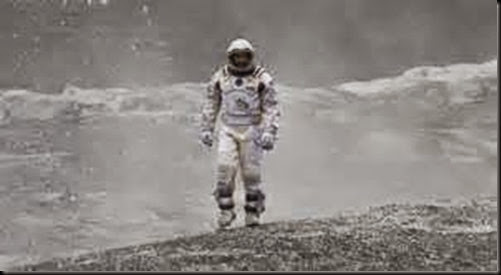 If you follow movies at all, you know by now that Christopher Nolan, of Batman fame, co-wrote and directed this space epic about Earth becoming unable to sustain human life and the search is on for another planet in another galaxy for Earth’s inhabitants to relocate, to save mankind, as I believe Michael Caine’s professor puts it somewhere in the movie. And of course, it falls to McConaughey’s astronaut character, Cooper, to find that planet. The chances of finding that planet and/or getting home alive are slim and none, and his super smart daughter Murph knows this and won’t give his mission, which of course he has to accept in order to save her and the rest of his family, her blessing, which sets up the second conflict of the plot. 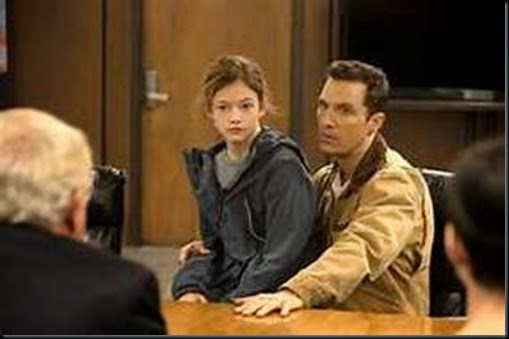 You can read all about the inter-galactic plot elsewhere, which gets all involved with worm holes, which actually are discussed in real science, despite not having been totally validated but considered a hypothetical topological feature of space time. The plot is also heavy with the theory of relativity and gravitational pull. The good part is that unless you are a real theoretical physicist like Kip Thorne, whose work inspired the film and who worked as a consultant with the writers, you won’t have a clue what it all means, but it sounds scientific, so it really doesn’t matter.

You can also research the science behind the movie, and yeah, it is a movie, not a high-brow film, but here’s what I have to say about it. The music was way too loud, especially when the audience needed to hear the dialogue. I found it a bit contradictory that the world was going to end due to this blight killing all the food crops, and yet Coop’s farm boasted acres and acres of  corn. No sprinkler system, yet green and ready to harvest. And the dust bowl-worthy dirt storm didn’t seem to phase it. Obviously the movie-makers had not been in Muleshoe during one of our newsworthy dust extravaganzas. I realize that, according to the story, one hour in space is equal to seven years on Earth, so the astronauts don’t age while on their little adventure, but even at that, McConaughey never needs a hair cut or a shave, and I guess they could take care of all that in the space station, but it seems like they should have looked a little different by the end. But then, maybe that was because they also spent time zipped into these cryogenic/deep freeze/suspension/suspended animation kind of containers full of some kind of life-extending liquid. This piece of equipment might have been explained, but I could have missed it while being bombarded by the music. But I digress. The point is, I found those scenes sad somehow, and perhaps claustrophobic. What if no one was around to unzip them at the right time? What if it didn’t work? What if they choked on it? What if the bag holding the liquid springs a leak? Just the whole idea of catapulting into space with no guarantees of the outcome seemed heroic and brave and suicidal. And sad. Which is exactly what real astronauts face every time they go up. Which should give us a new respect for our modern-day explorers. But I digress. Not to be all critical, there were some nice touches. Nolan has said his interest in science fiction was influenced by the classic 2001: A Space Odyssey, which all younger movie-goers should see to appreciate the origins of this story and to see HAL, the robot who inspired TARS and CASE in this movie, although I thought the only robot was TARS, who was rather cool and very articulate. There is a casting surprise late in the movie, and if you read enough other reviews, you will learn who it is, so don’t read past the spoiler alerts. That will take the fun out of it. Visually the movie is intriguing to watch, especially the outer space scenes and the scenes on the three planets being considered for the new home of humanity. Some of the scenes were obviously computer-generated, but some of them were filmed in Iceland, and those were really cool, no pun intended. Michael Caine has a good time with voice-overs of his recitation of Dylan Thomas’ Do Not Go Gentle into that Good Night, which this former English teacher rather enjoyed, but other reviewers found a bit pompous. 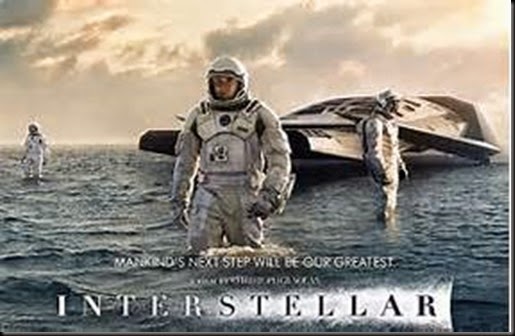 If say much more, I will give away too much, So here’s the deal. If you aren’t prone to over-analyzing and beating  it to death, which I have been told I do (okay, maybe just a little), it will at least leave you with lots of questions and give you something to think about instead of the current perils in this world. So don’t be afraid to give it a chance. Just be prepared to sit a while and take ear plugs to endure the music. And don’t buy a large drink, unless you are prepared to sprint to the restroom in the middle of the action. And McConaughey makes it easy to keep watching. 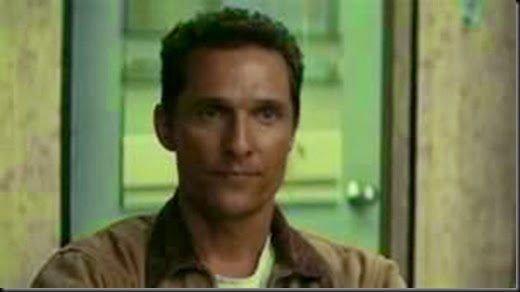 Not a bad deal, I must say.