We have never had a mouse problem, or with rabbits and snakes. We have, however, always had cats. For about the past month, they have knocked themselves out ridding our yard, not to mention the world, of mice. At least one a day, One Sunday we discovered four little bodies dotted around the yard, in the barn, by the front door, by the back door. They have always caught mice, but not like this. We think the mice must be on the move looking for food since the corn crop behind the house has been harvested and left them empty-handed. This little victim was left for me where I exercise in the barn. 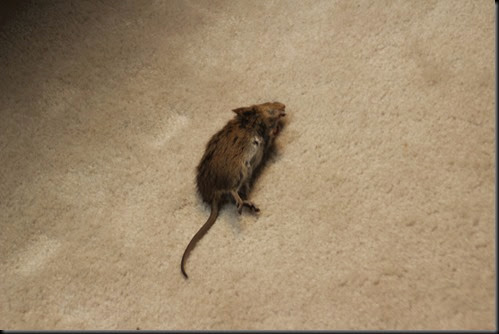 I can’t help but be curious about which cat, or cats, have been so successful with their hunting skills.  We know it wasn’t Poopie Cat, who spends her days and nights lounging about in the house. 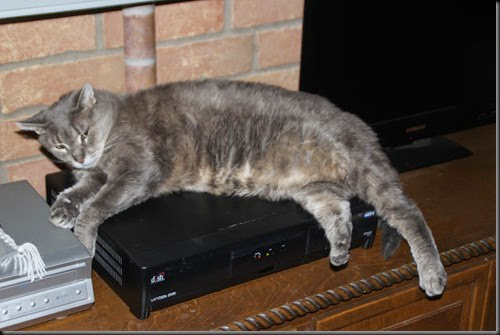 It might be Perla, but she seems perfectly content to hold down her position as queen of my side of the barn and surrounding area. I think her attitude toward hunting is been there, done that, and may not get that excited about playing jungle cat anymore. 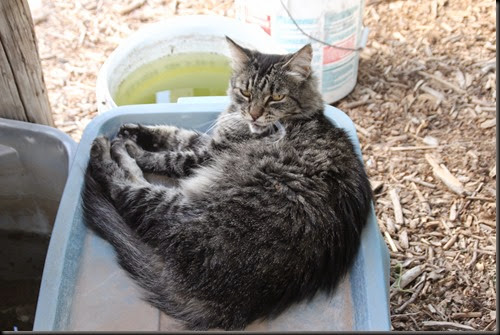 Sophie has been known to leave trophies at the front door, but I’m not sure bagging the kill interests her that much anymore, either. 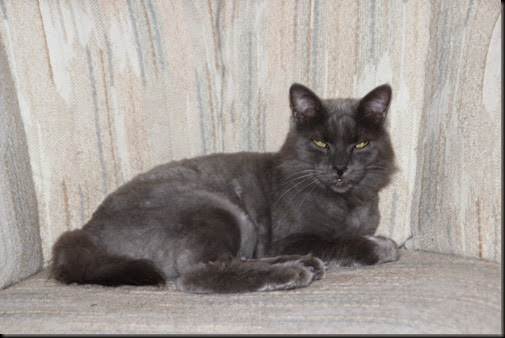 Minnie is a probable candidate. She’s younger, inquisitive; big and strong. I suspect she has brought in a fair number of those carcasses. 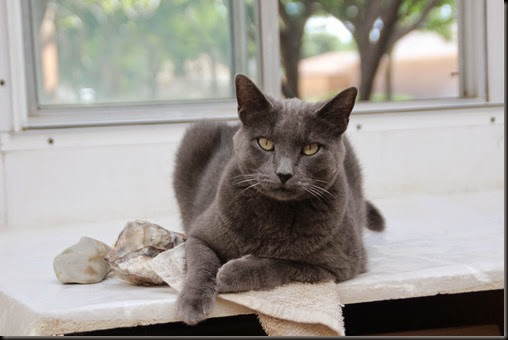 But the real money is on Peaches. She trots out the door like a warrior on a mission and covers a lot of ground. She is the smallest of the cats and has been declawed, but something tells me she’s responsible for many of the little decapitated bodies littering the yard. And don’t hammer me for the declawing. She was determined to scratch on the furniture and refused to go outside; in desperation I finally gave in and had the surgery done, then she decided she wanted to go out. But she seems to do just fine without the claws. 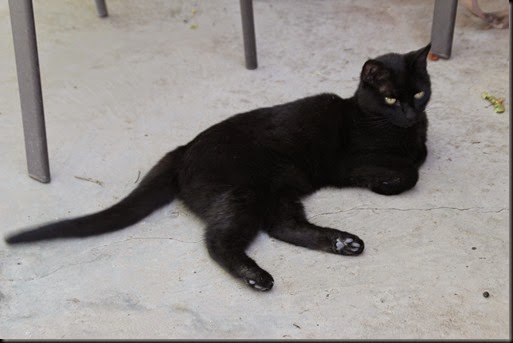 And they all look pretty harmless, don’t they? Well, they are, unless it’s time to hunt. I understand that some people think cats shouldn’t be fed  so they will be hungry and will hunt for something to eat. Don’t believe it. These cats are fed well, and it hasn’t stopped them from doing what cats do. Of course, they really aren’t hunting; I think they may just enjoy the game. Whatever. The body count may slow down, but for now, one or all the cats keep the undesirables away and keep us entertained.

Not a bad deal, I must say.