Another Good Cat Has Gone to Heaven 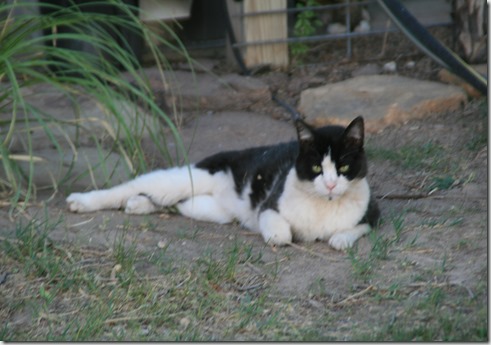 We lost Black and White Kitty last Friday. Bill found her little body out by the barn. We don’t know what happened, but the fact that we found the body helped us have closure. Had she just disappeared, I would have found it much harder to deal with her loss. 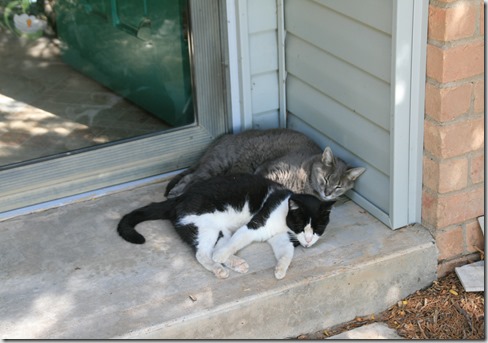 Kitty came to live with us when Colten’s mother remarried and moved to Clovis. He didn’t want to change schools and an agreement was reached that he would stay with us to finish school in Muleshoe. Which was fine, but part of the deal was that his cat Poopie would move in with him. And if Poopie was moving in, it was decided that Kitty would come along since Poopie and Kitty had been together for most of their lives with Caroline and Colten. (See “Poopie and Black & White Kitty,” August 24, 2011.) We tagged her Black and White Kitty because at the time we had another Kitty (“Kitty the Lap Cat,” October 4, 2010), the Himalayan that we inherited from Bill’s mother. But in 2011 we lost that Kitty (“Three Funerals and the Fourth of July,” July 5, 2011), so we could drop the black and white, but usually didn’t. 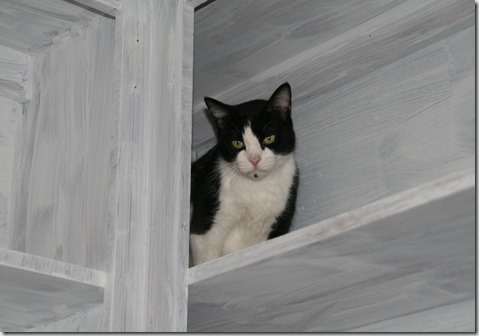 Kitty was a sweet little cat who really liked being around people. When we were painting Caroline and Colten’s house when they first moved back to Muleshoe, she quietly observed our progress. She did the same thing when I would work outside in the cactus bed, appearing out of nowhere and finding a spot from which she could monitor my work. She was perfectly content just to be there with me. When I moved to another location, she would move. When I walked across the road to dump a bucket of pulled weeds in the dumpster, she would escort me over and then back to the house. 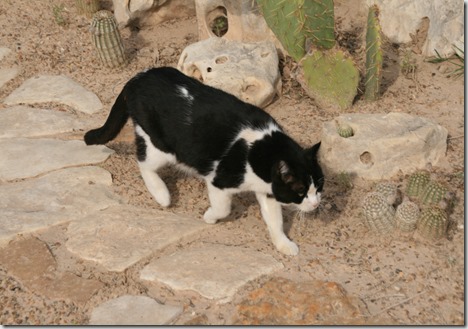 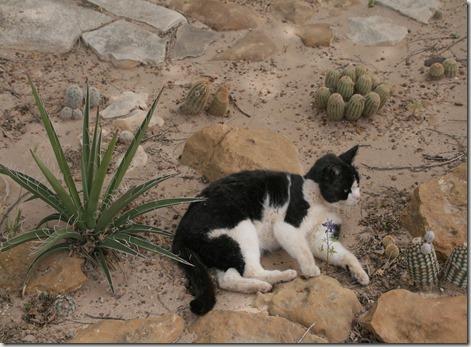 In fact, that is my last fond memory of her. We tackled the weeds in the back yard rock garden. At one point, she was comfortably positioned on top of the very weeds I needed to pull, purring her funny little rattling song. Kitty was 15 years old and having kidney trouble, so thin and frail that I was always glad to see her every morning and be relieved she would be with us another day. So I am especially grateful that we spent her last day together enjoying each other’s company. 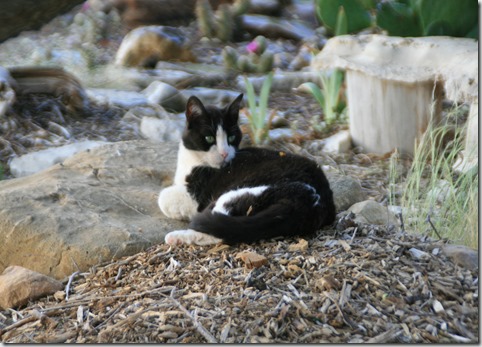 We decided to bury her next to Gracie Lou, another dear cat we lost before I started writing the blog,  near the grape arbor where they both liked to sit with us in the evenings. Just as I had done for Gracie, I wrote Kitty a good bye letter, included her picture, put both in a zip-lock bag, and buried it with her. The letter helped me say good bye, And one day in the distant future when archeologists excavate the area, they will find evidence that a little black and white cat lived here and was loved. 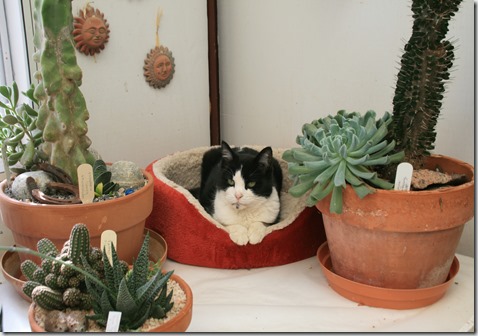