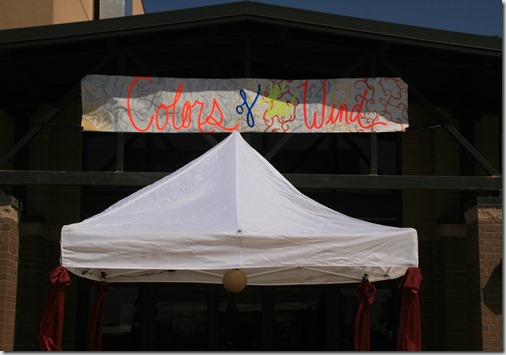 Saturday was prom night, the next to the last hurrah for Muleshoe seniors. Graduation being their final flourish, of course. Which also meant it was Colten’s last prom, and it was my job to preserve it forever in pictures. And I was looking forward to documenting the night when disaster struck: the flash on my camera died. Just kaput. Boom. Nada. Was I upset? Pretty much. I could still take outdoor pictures and tried some indoor, but as I have said before, my inside photography skills are still a work in progress. And while I have made some progress, I wasn’t crazy about having to rely on that progress for an event that can’t be done over. So while I do have some pictures to share with you, I am not real pleased with them. It was when I went up to school late in the afternoon to take a few pictures of the decorations before the kids arrived that I discovered the camera breakdown and the fact that the junior class parents, the party in charge of the prom and banquet, hired a party company to do all the hard work this year. Well, how fair is that? As a class sponsor when I was teaching and then as a parent, I went through decorating for these two events more than once, and at more than one location, at least three times at the civic center, which was a monumental task because the building is huge and tall, and then at the school cafeteria before all the modern  remodeling went on. Decorating for prom comes under the heading of the what doesn’t kill you makes you stronger theory, so I figured everyone needs to build character and learn patience and tolerance by spending way too much money  and time and turning the everyday into a wonderland just like we did in the past. 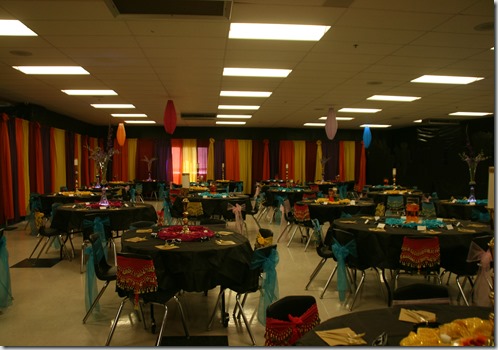 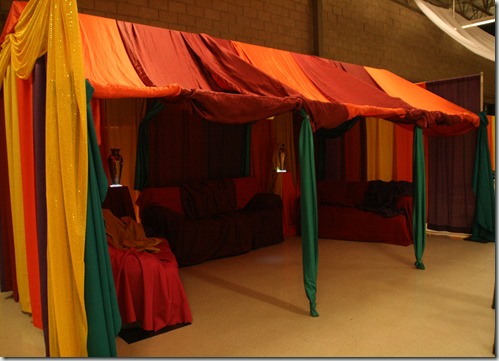 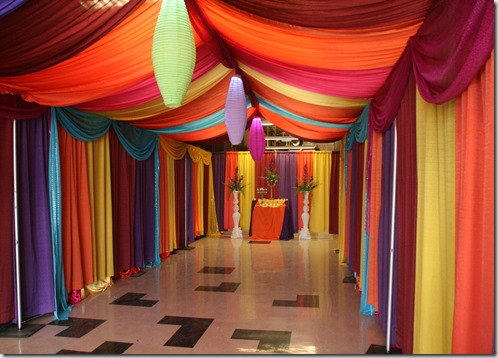 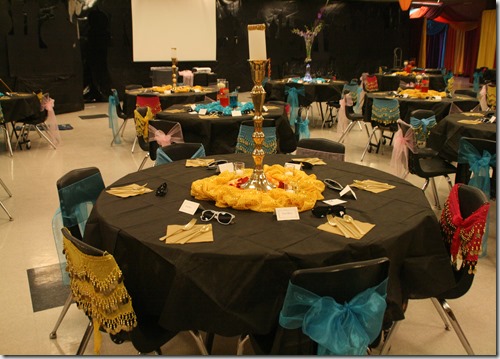 Then upon further reflection and looking at the cafeteria’s transformation, I figured it was really the smart way to go. If you have ever had the opportunity to do the decorating, you know what I am talking about. The work falls to the few parents willing to get involved, and then you have the headache of gathering all the materials needed and making it all work. The parents were still responsible for the cleanup and cooking the meal for the banquet, but their job was much easier by hiring the company, and the results were more professional-looking. So, not such a bad way to go after all. 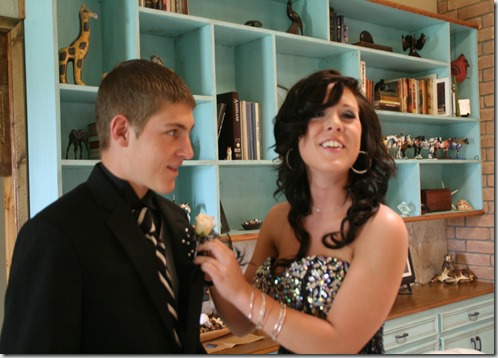 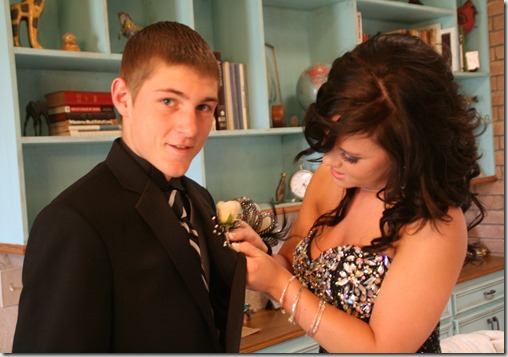 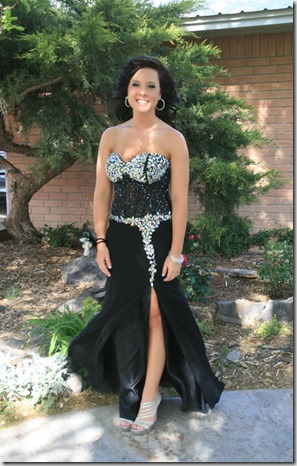 Colten’s date, his girl friend Stormi, lives in and graduated from Sudan, right down the road,  and they attended her prom last year, planning to attend Colten’s this year. and that’s what they did. Here, however, the rule is that the junior-senior banquet is a celebration for just Muleshoe students, and so Stormi was not able to attend the banquet. We won’t get into the pros and cons of this rule right now, but they honored it,  and we did pictures at the house before and after the banquet and then they went to the prom. 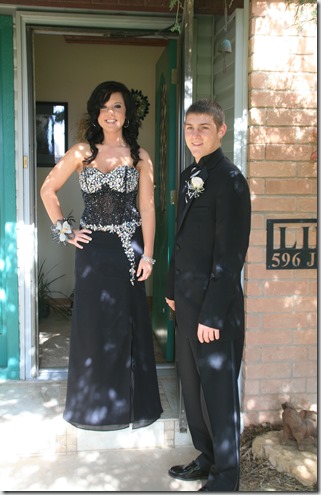 The couple chose to color-coordinate with black, while, and silver and looked stunning, I must say. 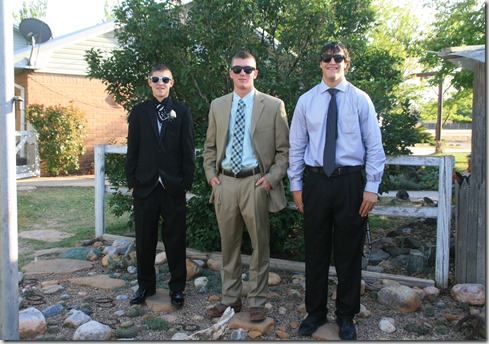 Between banquet and prom Chris and Caleb came home with Colten to pick up Stormi, and I took this picture of the three friends wearing the sunglasses that were the party favors from the banquet. After the dance, they changed clothes, which I thought was a mistake, they looked so nice and had paid so much to look that way! But that’s kids.They and a bunch of others set off for Clovis to finish off the night. Colten got home around 4:30 after taking Stormi back to Sudan. I asked him what in the world they found to do all night in Clovis and he said they ate and visited at the I-Hop and then wandered around in Wal-Mart, of all places! Window-shopping for stuff to take to college, I guess. But they made it home safe and sound and said they did enjoy the banquet and prom, danced a lot and made some good memories. 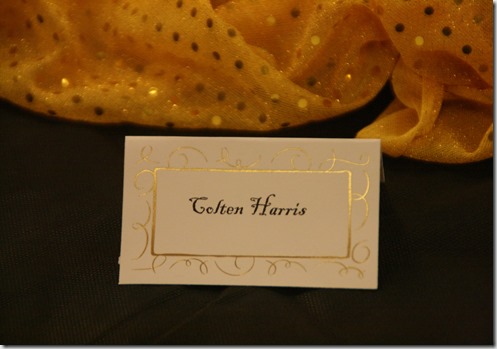 And I do have plenty of items for the scrapbook, so I think the night was a success. So one era ends and another begins Now in a few years it will be up to the other grandkids to enjoy their proms.