WC Clark Sings Blues For Us 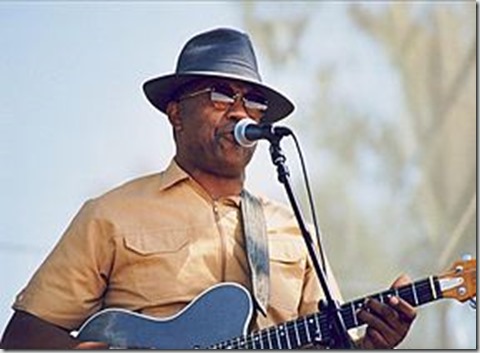 We traveled to the Cactus Theatre in Lubbock last Saturday to hear WC Clark sing his brand of blues. I was surprised to see that the theatre was not filled, but he sang his heart out for those of who were there, and it was a good night. WC (Wesley Curley) Clark, not to be confused with WC Fields, the 1930s-40s comedian, or WC Handy, the 1930s musician/songwriter who, coincidentally, is considered the father of the blues, and is credited with bringing the blues into the mainstream, is a Texas boy, born and reared in Austin in 1939. Surrounded by music and singers in the family, he sang gospel in the church choir and took up the guitar as a teenager. After he made a local name for himself and played with T.D. Bell’s band The Cadillacs and The Joe Tex Band in the 60s, he found the Austin blues landscape changing as young white kids were learning and playing the blues. In the 70s he formed a band called Southern Feeling which later dissolved, and WC got a job as a mechanic. During that time he was pursued by Stevie Ray Vaughn, younger brother of Jimmy, both of whom he had played with in Austin earlier. He eventually joined Stevie Ray’s band, The Triple Threat Revue, with Stevie on bass, WC on guitar, keyboardist Mike Kindred, drummer Freddie Pharoah, and singer Lou Ann Barton. WC and Kindred went on to co-write “Cold Shot” which became one of Stevie Ray’s big hits and earned WC his first platinum record. WC has played with some of the great blues musicians, including BB King, James Brown, Albert King, Freddy King, Bobby Blue Bland, and others. Called the Godfather of Austin Blues, WC continues to play his own brand of blues that has been described as a mix of Texas blues, searing guitar, and heartfelt Memphis vocals, and continues to be held in high esteem in the music world. He has won many awards and recognitions that I chose not to list here, but do go to his website www.WCClark,com for all the details of his accomplishments and biographical history. I have been a fan of the blues from way back. The Triumphs would play Bobby Bland numbers at their dances when I was in high school. My mother and I appreciated the rhythm and musical harmony of the blues that we listened to and enjoyed together. And I always had a gut feeling of what music called the blues was all about, but never thought about its history. So I looked it up. According to Wikipedia- and I know that site is sometimes maligned for misinformation, but I think this about right- the term probably derived from the mysticism involving the blue indigo plant from which blue dye is made, and which was used in many West African cultures in death and mourning ceremonies where the mourners’ garments would have been dyed blue to indicate suffering. The mystical association towards the indigo plant, grown on many southern U.S. slave-owning plantations, combined with West African slaves who sang of their suffering as they worked with the cotton that would be dyed by the indigo dye, eventually resulted in the songs they would sing being known as the blues. Those songs they would sing included spirituals, work songs, filed hollers, shouts, chants, and rhymed narrative ballads. It also turns out that true blues music contains specific chord progressions and “blue” notes flattened or gradually bent to achieve that mellow, warm sound that I like so much. And it is my own observation that blues music always has a special kind of harmonious beat, sounding the best when thumped out on a bass fiddle, which doesn’t seem to be used so much any more. Clark said, “If the blues is played right, it makes your soul feel clean.” I never thought about it that way, but I have noticed a funny thing about the blues. I can be in a down or blue mood, listen to some blues, and lo and behold, I find myself smiling quietly as I listen. It just has that effect. I have also talked to aspiring musicians about playing the blues, and they tell me, quite seriously, that blues are hard to play because “you have to feel it to play it right.” Which says to me you have to feel it in your soul, that same soul that WC says will feel clean when you do it right. I tried to write down his playlist, which was pretty varied,  as we listened, but my pen wouldn’t cooperate. Some of the high points for me were his rendition of Ray Charles’ “What’d I Say?,” “Love and Happiness," that I have also heard done by Etta James, another favorite blues singer of mine, “Further On Down The Line,” that I also have by another blues favorite, Bobby Bland, some Stevie Wonder, the Stevie Ray Vaughn hit, “Cold Shot,” and something I had never heard before with the lyric “What you cryin’ about, what you lost is somethin’ you’ll be better off without.” And there were others that I knew and others that must have been his hits that I had not heard before but enjoyed hearing on this night. 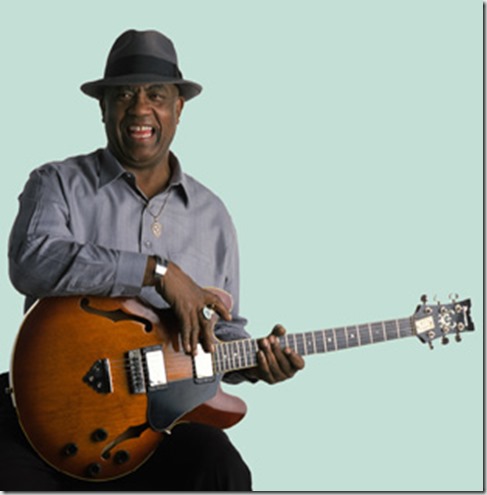