One of the main fund raises for the Fine Arts Boosters at Muleshoe High School-yes, there is a booster club for Fine Arts just like for Athletics-is what they call Fine Arts Night to Shine, held in the Spring every year. This year that night was March 25, and it was a full evening of entertainment. 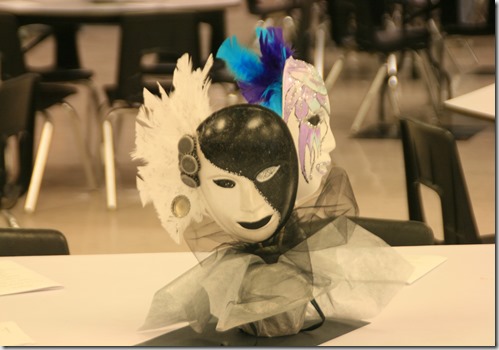 The night began with a barbecue brisket meal, in the commons/cafeteria area, where student artwork was on display.The art department also made decorations for the tables. During the meal items donated by local businesses and individuals were out on display for a silent auction, and during the program some items were sold in a live auction.. After the meal, the choir and band performed, and then everyone moved to the auditorium to see the one act play. It was quite a night, with something for everyone. Let me share a few scenes from the night with you: 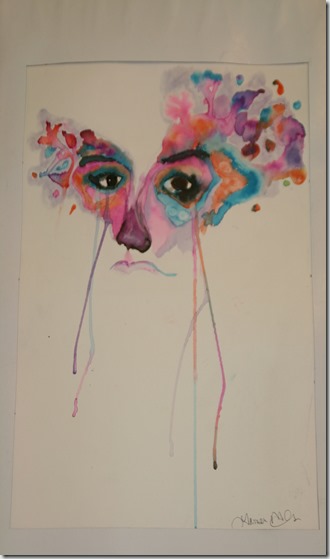 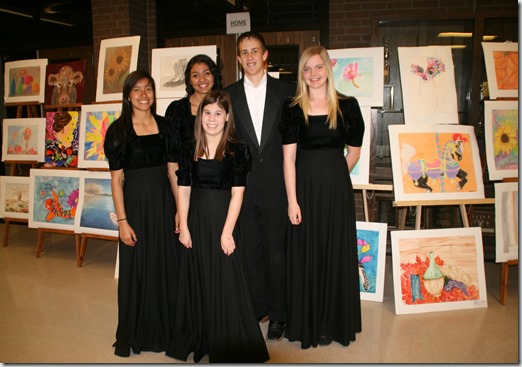 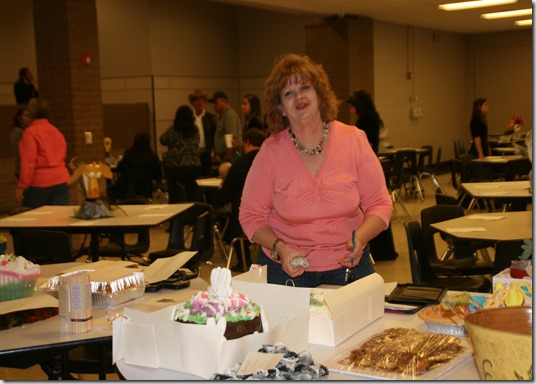 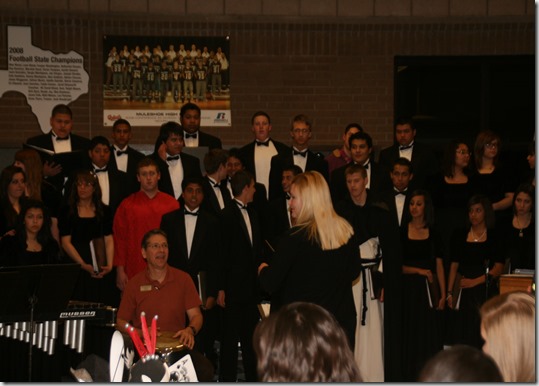 Choir director Lorissa Mason led the choir through one of their numbers. 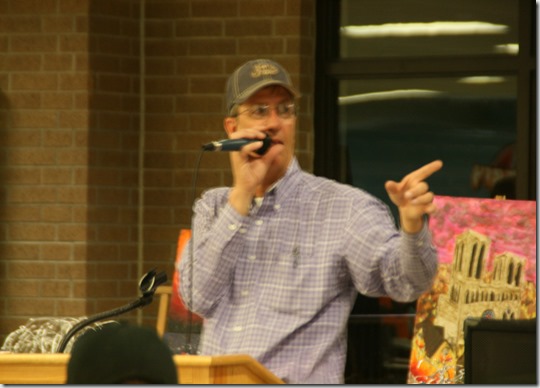 Thurman Myers served as auctioneer for the live auction. 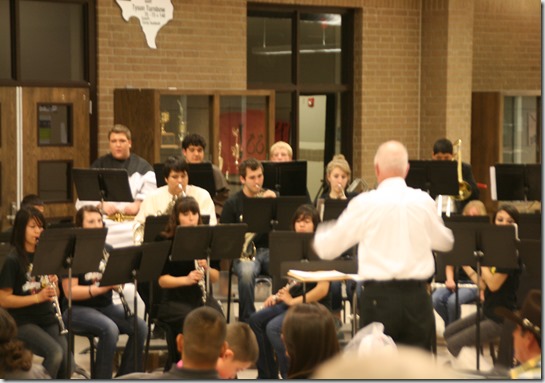 John Gibson directed the band in one of their numbers. 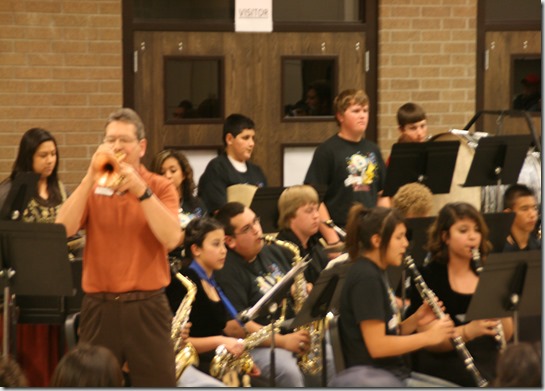 Assistant band director Grady Alberts accompanied the band in an arrangement of “Somewhere Over the Rainbow.” 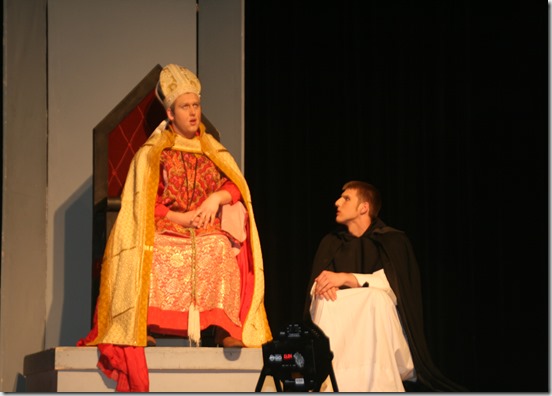 Ryan Johnson and Blayne Shipman performed in the one act play, Players in the Game. 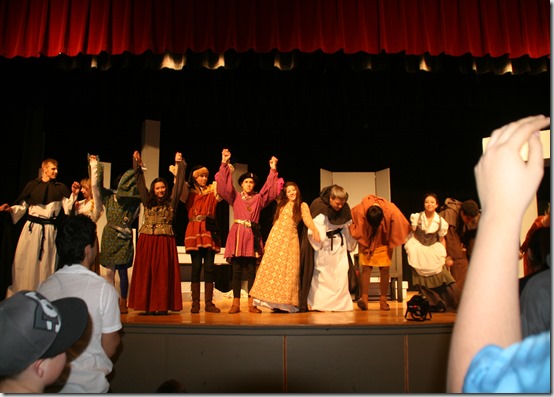 The play cast took a bow after their performance. The play won at the district level and advanced and will compete in the Area contest on April 9. In recent years the fine arts programs in public schools have taken a hit on funding and classes offered, which is a real shame. For some students, going to art class or choir or band or speech is the highlight of their school day; sometimes those classes are what keep them in school. Research has also shown that kids who play musical instruments also tend to do better in math. As a former English teacher, I can tell you that kids who participate in speech and the performing arts are also going to be better readers and have an appreciation for literature. Fine arts are not fluff; they are an integral part of a solid education, what we used to call a liberal education, before the word liberal took on loaded political connotations. Kids need the fine arts. Attend Fine Arts Night to Shine next year and watch talented kids who are involved, learning, and having a good time. And you’ll be entertained besides. Not a bad deal, I must say.