The Muleshoe Chamber of Commerce hosted their second ranch rodeo last Saturday, September 22nd. I had to be out of town and missed it, but I still want to share it with you. 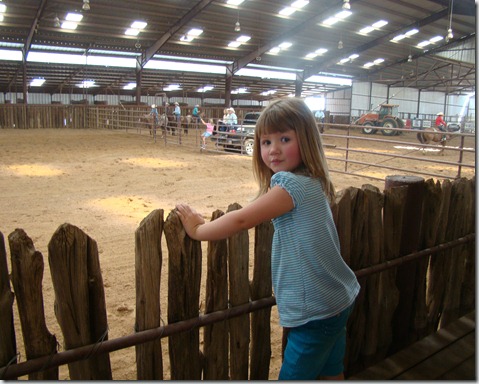 Allisen Welch, three year-old granddaughter of Della and Kelvin Welch, is anxious for things to get started at the Silver Sand Property Arena. where the rodeo was held.  I have only recently heard about ranch rodeos and don’t know much about them. So I did what we all do in this day and age; I googled  it. I read that cowboys’ work duties also became their leisure activities, and at round-ups when area ranches helped each other, the ranches often encouraged contests to see whose cowboy was the fastest roper, the best bronc rider, the most efficient steer wrestler, and whatever else was worth the wagering of  hard-earned pay, and rodeos as most of us know them were born. 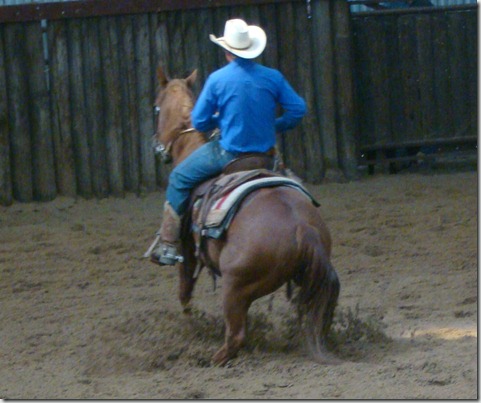 And from that kind of activity, over time the concept of ranch rodeos also evolved, probably around the early part of the 1900s. I suspect many of the western states could lay claim to the birth of the ranch rodeo concept, but the Oklahoma Historical Society gives credit to ranches in the Sooner State for some of the early development of the sport. The original contests took place out in the open range where those cowboys would actually use their skills, whereas today most of them will be held inside an arena, which is where the Muleshoe event was held, Allen Scott’s Silver Sand arena, in this case, which is about three miles east of Muleshoe on highway 84. 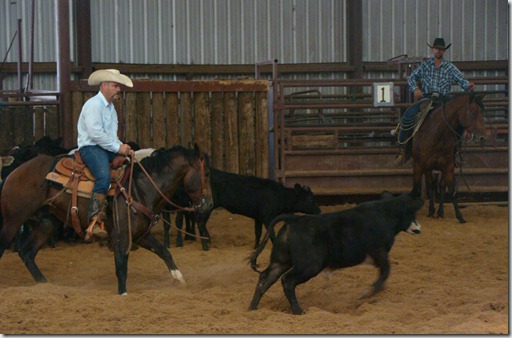 Muleshoe chose to begin the day’s activities with a ranch cutting contest, followed by a ranch horse show, culminating in the actual ranch rodeo events that evening. The ranch cutting is similar to AQHA cutting horse competition and is a judged event. The horse show is a judged contest of a horse’s working skills and is similar to reining in an AQHA horse show. Riders in the cutting and horse show are competing as individuals and may or may not be a member of a team. 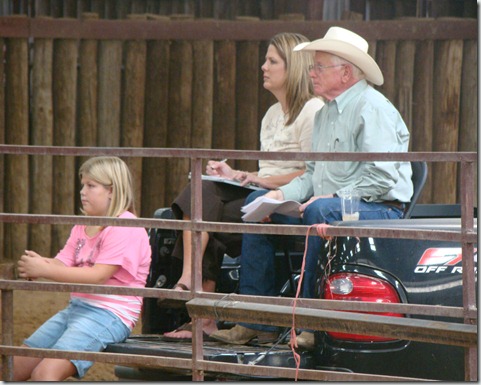 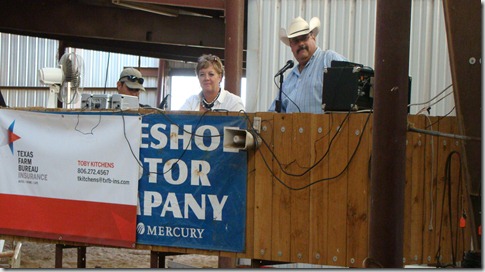 Carlos Contreras was the announcer for the day. 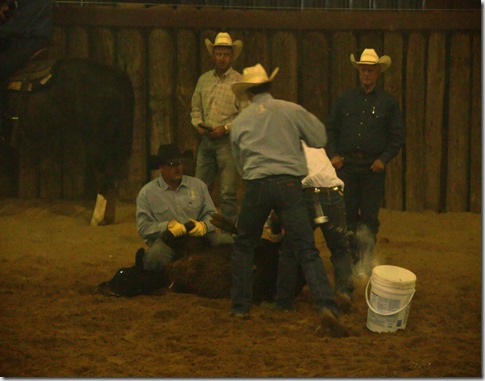 The events have obviously changed some since the early days, and may vary some from rodeo to rodeo,  but bronc riding, wild cow milking, doctoring, sorting (similar to cutting), branding (with powder or lime), and trailer loading were what the teams competed in this year. These are all timed events. The saddle bronc rider is judged but also has to stay on the horse the required eight seconds. 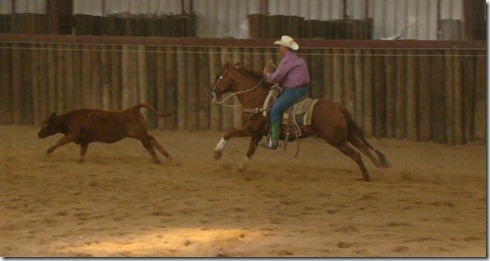 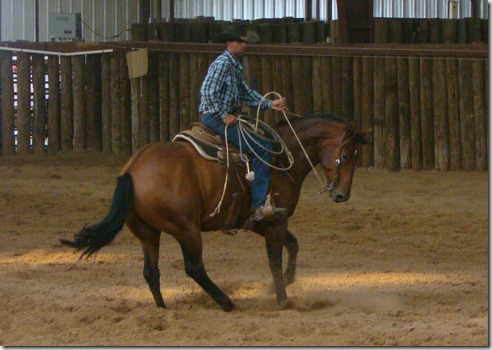 Belt buckles, money, bits, and spurs were awarded as prizes. First place in the ranch rodeo went to Wilson Ranch, followed by Angell Ranch and Sandhill Crane Ranch. The ranch cutting was won by Paul J. Smith of Friona  followed by Tripp Townsend of Earth,  and Jim Frank Richardson of San Jon. The ranch horse show was won by Tripp Townsend, Jim Frank Richardson, and Tyler Rice of Lazbuddie. A Top Hand award is also given and was won by Jessie Valdez of the Wilson Ranch. The Top Horse award went to the horse ridden by Jim Smith of the Smith Ranch. 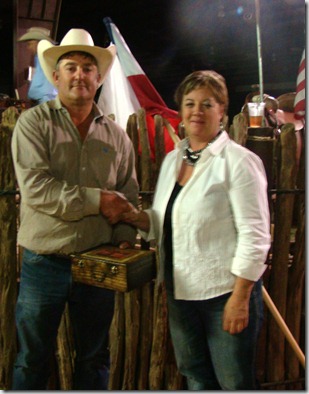 Top Hand winner Jessie Valdez receives his award from Gina Wilkerson. Gina Wilkerson, president of the Muleshoe Chamber of Commerce tells me they plan on sponsoring another ranch rodeo next year. I plan to be here and enjoy that one in person. 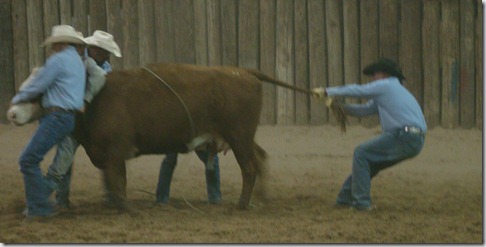 So cowboy up and come next year for a new rodeo experience.   Thanks to Gina Wilkerson for supplying information about the rodeo, Roger Williams for letting me bother her at work for details, and Terry Brewster for sharing pictures. Everett, Dianna. “Ranch Rodeos.” Oklahoma Historical Society Encyclopedia of   Oklahoma History and Culture, copyright 2007.  http://digital.library.okstate.edu/encyclopedia/entries/R/RAOll