Well, I completely missed the boat when I wrote about the full moon the other day (“The Moon is Amazing,” August 14 ) because when I told you to check out the next full moon on August 31st, I overlooked the the fact that this moon will be one of the fabled blue moons that we only get to enjoy about every two years. 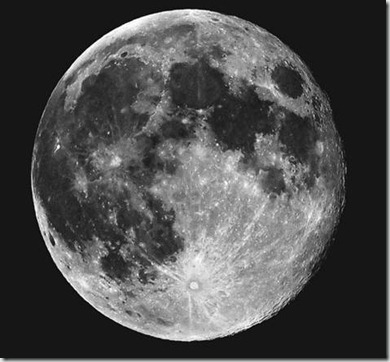 I wish I could take credit for this picture; alas, I can’t. Alamelu Sundaramoorthy of Portland, Oregon, took it on July 31st, so while it is not the anticipated blue moon,  it is an intriguing shot and probably looks similar to the moon as we will see it tonight. It is just so cool, I couldn’t resist sharing it with you.

So do you know why this moon is considered blue? I’ve used and heard the phrase “once in a blue moon,” and knew it referred to something that didn’t happen very often, something rare,  but I don’t know that I ever understood where the phrase came from. So I googled it. And here’s what I found out. Two explanations are out there, the original one being that the blue moon is the fourth full moon in a season. The second definition surfaced in 1946 after a writer for Sky and Telescope magazine came up with two full moons occurring in the same month, which seems to be the more popular and accepted definition today.

Blue moons occur on the average every 2.7 years, but that doesn’t always hold true. Even rarer than a blue moon is a year with two months of blue moons. The last one happened in 1999; the next year with two blue moons will be 2018. All of this happens because our calendar months and the moon’s orbit don’t match up exactly. The moon’s cycle takes 29.5 days, and since our months are all longer than that, except for February, the way the timing works out, some months are blessed with more than one full moon from time to time.

So tonight, Friday, August 31st, while you are out enjoying that moon as you watch the football game-many of you will be watching a football game, right?-ooh and ahh over that glowing ball in the sky and bask in its light. And if you are not outside, grab a lawn chair and get yourself out there. You’ll have to wait till July 31, 2015, to experience it again. Yes, the moon is still requesting your presence.

Pappas, Stephanie. “Catch Friday’s blue moon, or you’ll have to wait until 2015.”