Memories of My Daddy

My daddy. Sounds a bit Southern and cutesy, I suppose, but that’s what I called him. And it has stuck after all these years. It was always Mother and Daddy. He died in 1992 at the age of 79 of what started out as bladder cancer and progressed to lung cancer. 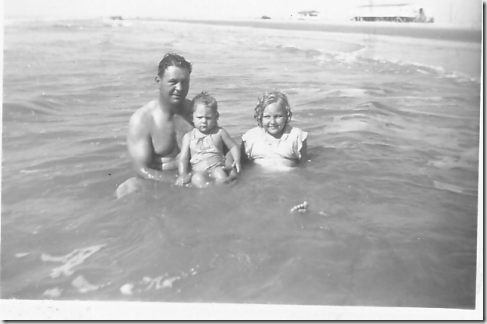 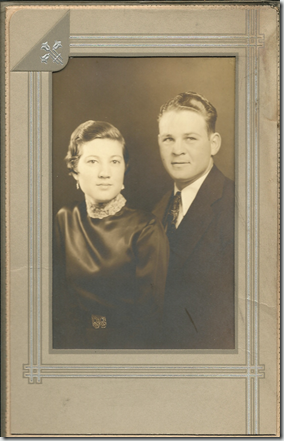 He was quite a man, my daddy. He was the third child in a family of six who seemed to be the outcast of the family. Not because he was bad, but rather because he didn’t seem to fit the mold of the others somehow. He told stories of hard times, of moving around from job to job as Vance, what Louise and I called our grandfather, looked for work. By his teenage years Daddy was the one who was expected to quit school and help support the family with whatever job he could come up with. I remember stories of driving a gravel truck. It was Albert Acker, the football coach at Olney High School who wanted him on the football team who managed to get him back in school where he made quite a name for himself on the playing field. Bull Graves he was called and was known far and wide for his tenacious style and brute strength. He did well in school, graduated, and was awarded a full football scholarship to Texas A&M -and how ironic is that, his daughter eventually becoming an Aggie at a time when girl Aggies were few and far between. He quit after the first semester because he wanted to marry my mother, which he did in 1934, and his sense of responsibility dictated that he get a job to support his new wife. He went to work for Sinclair Oil, a job which kept him from fighting in WWII because oil was crucial to the war effort. He was  eventually transferred to Damon, Texas, where at some point he quit Sinclair and went to work for himself as a welder, which led to a respected and successful pipeline business in Rosenberg. After he sold that business, he went to work for an even bigger construction company in Houston, Langford Engineering, as a pipeline inspector, this man with no college engineering degree, but with more engineering knowledge than the wet-behind-the-ears college graduates he had to deal would acquire for a long time. 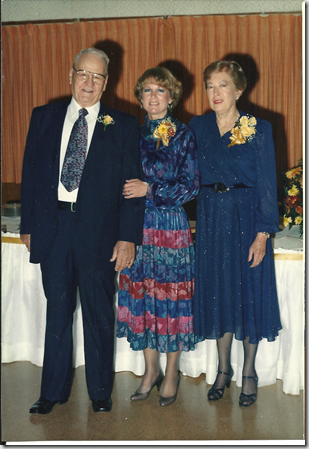 So I grew up in Rosenberg with a doting daddy who loved doing things with his two daughters. Memory is capricious, and the things I remember doing with him jump around. I can remember going to the ice house with him for crushed ice when we would take a trip, as he always liked to take our own nice cold water with us,  or when we needed ice for making ice cream. The ice house was down by the tracks, built of massive, always wet, dark wood with a tin roof;  it looked like it had been there forever. Daddy would ask for a block of ice which they would crush and put in the insulated aluminum Igloo cooler for the drive home. Mother would have the milk, eggs, sugar, and vanilla mixed and ready to go. After Daddy got everything all set up, he would put a towel on top of the crank and I was usually the one who would sit on top of it to hold it steady while he turned. I would sit in quiet anticipation while he would talk to Louise and me about how good that ice cream was going to taste and of other topics that came up, and before long his turning would get slower and harder. Then he would pull out the dasher, fill our bowls,  and we all would try not to eat it so fast that we created an ice cream headache.

Cutting into a nice cold, juicy watermelon was another major production, from choosing the right melon, making another trip to the ice house so we could ice it down, to that first crisp slice with the butcher knife and the two halves falling apart all juicy and plump. We always ate watermelon outside so sticky juice wasn’t an issue, and we could have a seed-spitting contest.

Come to think of it, Daddy liked everything that should be cold not just cold, but ice cold. I guess I learned that from him because I expect my glass of tea to be full of ice, and my canned Coke to be slushy with ice particles after allowing it to sit in the freezer just to the point of almost freezing. I guess ice was something hard to come by when he was growing up, and it was a luxury he could now allow himself to enjoy.

When we lost my sister Louise to leukemia at the age of 16 in 1957, it just nearly did him in. But I have fond memories of time spent with him before and after he was able deal with her death. He and Mother were a bit overprotective of me for a while, fearful of losing another child, but I can understand their concern. Now. At the time, I had no idea why they wouldn’t let me have a horse. I came to realize that horse represented danger to them and what might happen to me in relation to her. But with the horse came more time together at horse shows. But that’s another story.

The other thing I remember about Daddy was his tendency to go the extra mile. We still smile when we do things the AJ Graves Way: if a little does a little good, a lot will do even better. And things were always made hell for stout, as he put it.  I had my own playground equipment. He made me a see-saw. But my see-saw didn’t just go up and down; it went around. We would load it up with about three kids on each end and get it going around really fast and then hold on. My swing set was twice as tall as it needed to be, made out of steel pipe left over from some job. So anytime any of us tend to go whole hog on a project, we figure we learned it well from Daddy. 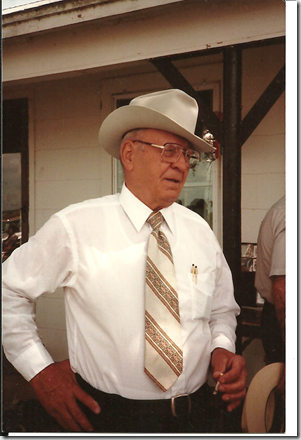 Other memories abound, of course, but we can save those for another story, too. But the last one I will mention now is his love for his grandchildren. He loved taking Caroline to the garden with him to gather whatever was ripe-or in one case, not so ripe. He got a huge kick out of one trip to the garden when she was about two years old and he left her with the bucket while he checked the okra and she presented him with a batch of small green tomatoes. He had a smaller crop of ripe tomatoes that year. We named our son AJ after him, which left him speechless when we told him the baby’s name. He loved to tell about AJ taking a bath during one of the kids’ many summer visits and being told not to mess with the shampoo sitting on the side of the tub. Daddy went to the kitchen for a cup of coffee, and before he could return AJ was crying frantically that his eyes were burning and something about not knowing that he had been told to leave the shampoo alone. Parents always die before we are ready to lose them, but I have always been sad that Daddy died before he could know his great-grandchildren. Oh, how he would have loved them. But he left them a legacy that I hope someday they understand and appreciate. I know he is waiting patiently to share stories and make new memories with them.

I miss you, Daddy.