We chose to start our Memorial Day this year by remembering and giving thanks for those Americans who chose to serve in the military in the name of the United State of America. 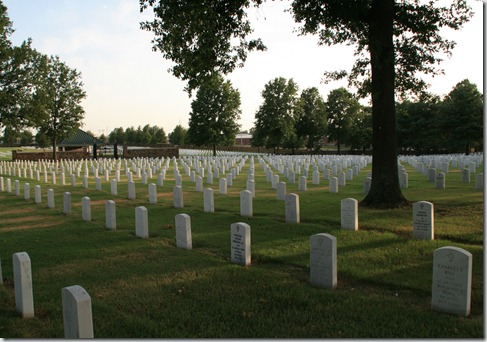 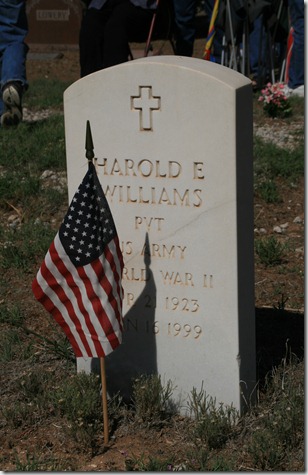 For about the last fifteen years David Wyer has graciously handled setting up the Memorial Day ceremony at the Bailey County Cemetery in Muleshoe. 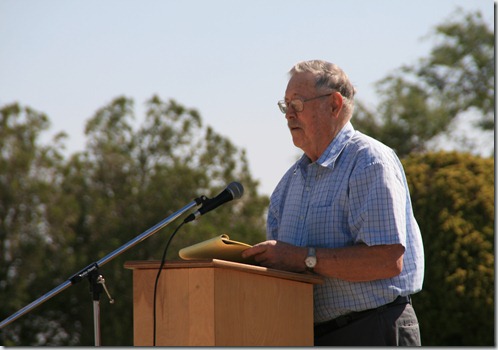 The wind had finally settled and the morning was cool and sunny, with a clear blue sky. The program began with Boy Scout Troop 620 posting the colors and raising the flag. 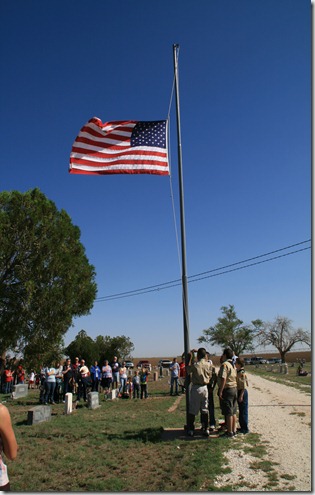 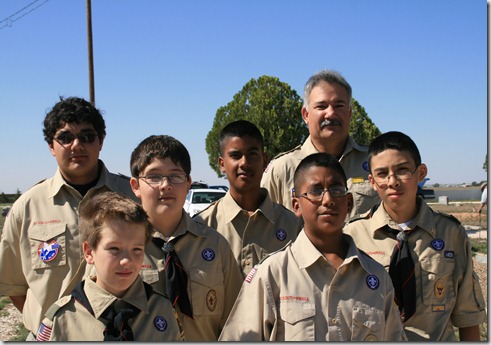 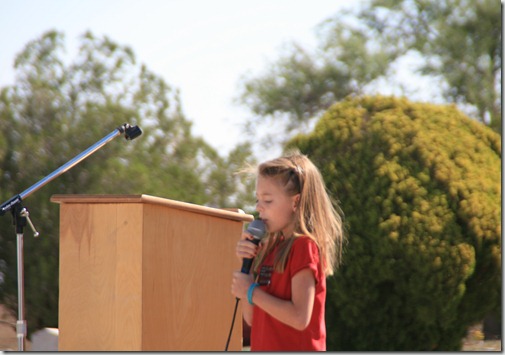 Basil Nash spoke to the small but attentive gathering. 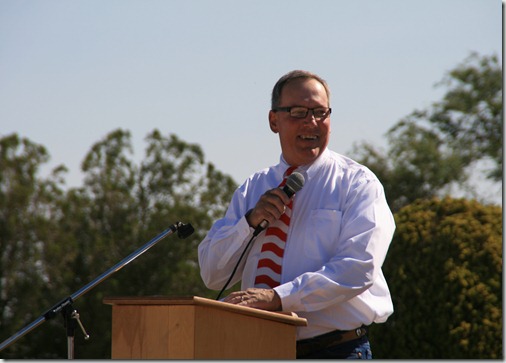 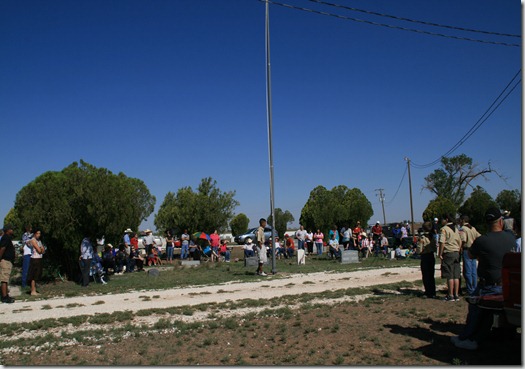 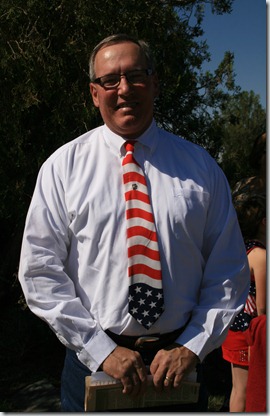 Basil, who served in the Marine Corps from 1975 to 1980 with the HML 267 3rd Marine MAW at Camp Pendleton, California, shared the story of a solder named Dale Sando who served with Leonard Nash, Basil’s father, during WWII in the 101st Air Born Division. It was D-Day, and the men jumped behind the beach line, near the town of Carentan, France, and walked into a bunch of Germans. In the battle that ensued Dale Sando repeatedly drew fire to himself to protect the others. Thanks to Dale’s efforts, Basil’s dad returned home after the war; Dale did not. No medals were awarded, no headlines recognized Dale’s sacrifice, no fanfare marked his efforts. And that was the point of Basil’s address: while some whose deaths were honored with medals, and rightly so, those others who also made that supreme sacrifice should not be overlooked for their contributions in the line of fire.

The service ended with a closing prayer given by Monty Leavell, pastor of First United Methodist Church of Muleshoe. 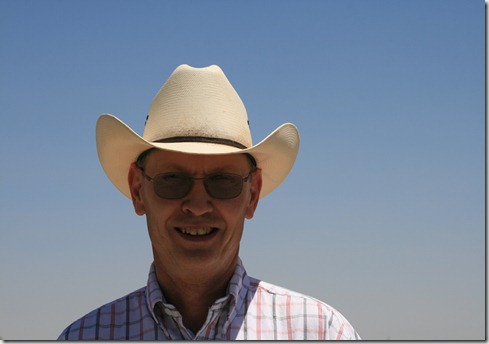 Decoration Day, as Memorial Day used to be known, started in 1868 after the Civil War as a way of honoring those who died in that War Between the States. Time passed, and those states that were now United States again fought in other wars in which more American lives were lost. After a time, decorating the graves of friends and family as a show of respect also became a part of the day’s rituals, which is a good thing, but the true focus was to be a way of saying thank you to American soldiers.

Since 1966 Decoration Day has been known as Memorial Day, but the tradition has faded, and most kids and young adults today don’t make the connection when they see clusters of red, white, and blue artificial flowers and small American flags for sale as they chase around stores to find sale tags and marked-down merchandise.  Unfortunately, sometimes  it takes a personal loss of a family member in the service for all this patriotic stuff to become relevant to them. It is a sign of our times and a comment on the values of our society that celebrities who die from questionable, less than honorable causes, are showered with stories, headlines, TV specials, and their deaths are viewed as huge losses and a tragedy to society. The real tragedy is when we ignore or overlook the loss of responsible people who were willing to step up to the plate and do the right thing, to fight for the honor of their country. Saying thanks to living veterans for their service and honoring the memory of those who died by taking part in a memorial service is the right thing for us to do.

So next year on Memorial Day, gather up some people and take part in a ritual that deserves our attention. As Americans, we have much to be thankful for, and we owe our military servicemen and women a huge debt of gratitude. 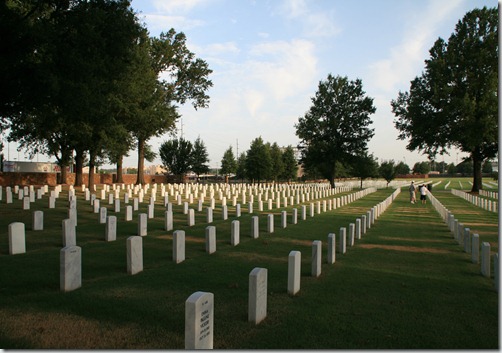 Thank you to Basil Nash, Shawn Rejino, and Dorothy Wyer for helping with information for this article.