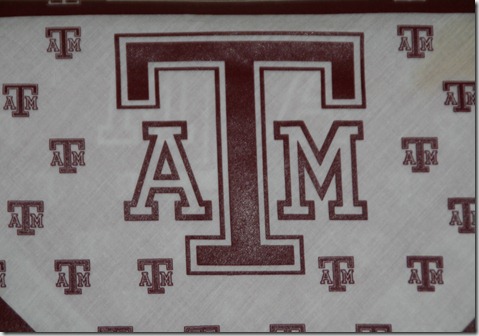 One of Texas A&M University’s finest traditions is Aggie Muster, held each year on April 21st. This year we, along with J.D. Cage ‘61 and his t-sip (Texas) wife Julie, class of ‘65,  attended Muster in Plainview with the Plainview A&M Club. For those of you unfamiliar with Texas A&M, it might help you to know that A&M, founded in 1876, is a land grant, state-supported college that was all male and military until 1965. In fact, more A&M graduates served as officers in the U.S. military forces in WWII than any other school, including West Point and Annapolis. So the school has a strong military background.  The best way for me to explain Aggie Muster is to share with you the Muster Tradition, which is always read at the beginning of the evening. It goes like this: Muster was first held in 1883, when Aggies met on June 26 to “…live over again our college days, the victories and defeats won and lost upon drill ground and classroom. Let every alumnus answer roll call,” wrote the former students, then known as ex-cadets. During the late 1890s, April 21st was celebrated with an annual trip to the San Jacinto Battle Field. On occasion, the Aggies were called to help in recreating the historic battle of San Jacinto. A parade down Houston’s Main Street always followed. In the early 1900s, it was agreed that in addition to honoring the freedom of Texas, April 21st would be a good time to pay homage to all students and former students who have passed on, and that some living comrade would answer “Here” when the roll call for the absent was read. During the first World War, groups of Aggies observed April 21st in Europe and on army posts, but no formal campus observance was held. In 1923, the March Texas Aggie {magazine} urged “If there is an A&M man in one hundred miles of you, you are expected to get together, eat a little and live over the days you spent at the A&M College of Texas.“ By 1929, meetings had become international. In 1942, former Corps of Cadets Commandant, General George F. Moore ‘’08, served as the commander of Fort Mills on Corregidor Island in the Philippines. During World War II, Corregidor Island was used as a military fortress at the entrance of Manila Bay. Many Aggies served on the island under the command of General Moore  to resist a Japanese invasion of the Philippines. On April 21st, 1942, some twenty-five Aggies on Corregidor mustered to celebrate San Jacinto Day. On May 6, 1942, the island fell to the Japanese forces and all Aggies on the island were captured or killed. Corregidor was retaken from the Japanese in 1945. After the war in 1946, Aggies that were present on “The Rock,” as Corregidor was called, held their own Muster at the mouth of the Malinta Tunnel. And so it has been over the years, becoming one of Texas A&M’s greatest traditions. Muster is more than a ceremony. It is a way for Aggies to renew each year the loyalty and unity which constitute the foundation of their friendship for each other and love and devotion for our school. 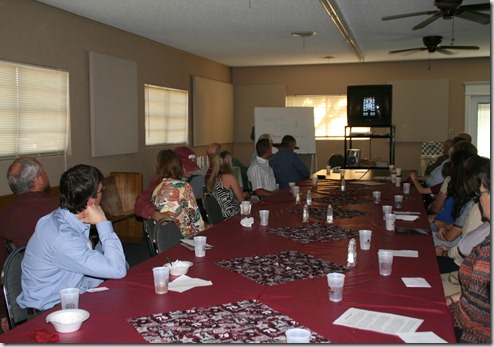 The meal was followed by a video provided by A&M showing highlights of some of the programs at the main campus in College Station.  After the video, I was invited to read the Muster Tradition, which I was glad to do. But I had not made it to the second paragraph before the knot stuck in my throat and my voice faltered with emotion. Reading the Muster always takes me back to attending Silver Taps on the A&M campus, which always made me cry. Silver Taps is a ceremony honoring those Aggie students who have died for whatever reason during the school year. The name of the deceased is posted on the flag pole by the statue of Lawrence Sullivan Ross in front of the Academic Building, and students know that Silver Taps will be held that night.  That night at the designated time, students and all who wish to attend gather at the Academic Building in silence in the dark,  Taps is played, followed by a 21-gun salute. And then just as quietly as they have  come, everyone silently slips away in the darkness.  At Muster, we have a form of Silver Taps. A list of all Aggies, students and former students, who have died in the past year is supplied by the university, and everyone checks the list to see if anyone is on the list for whom they wish to answer roll call.  Then those names are called, someone answers “Here” and lights a candle in their honor. This, too, is a very emotional time. 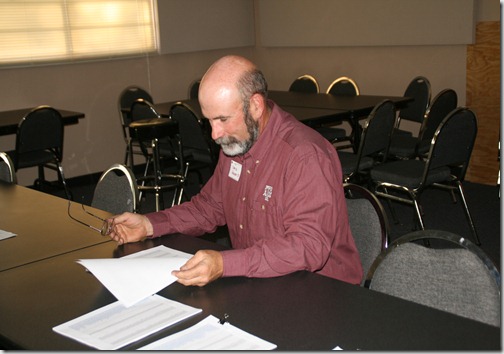 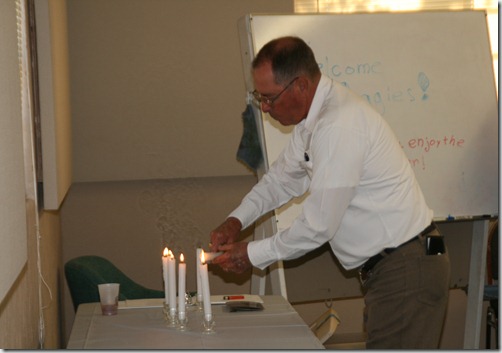 Bill Liles ‘68, answers roll and lights a candle for an old friend. After Silver Taps, we sing the school song, “Spirit of Aggieland” and have a short business meeting, which usually concerns club scholarship winners. 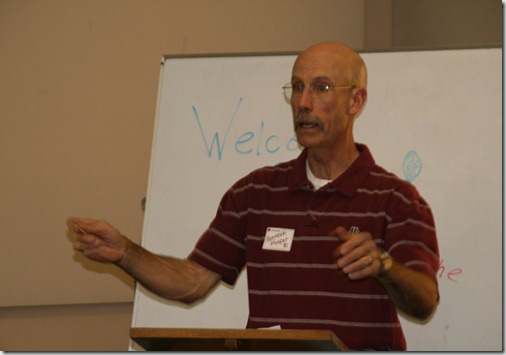 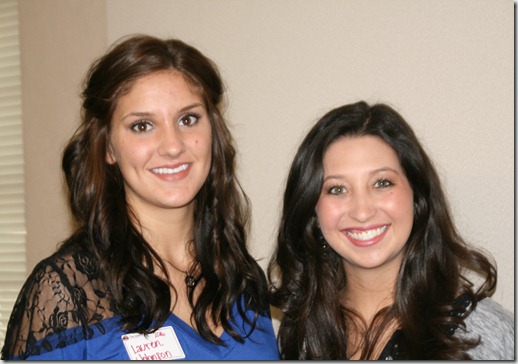 Lauren Johnson, senior at Plainview Christian School, and Kaitlin Hukill, senior from Plainview High School, who  will be attending A&M this fall. And then  Muster closes with this Muster Prayer: Our Father, as Aggies come together in all parts of the world, we pause to praise thee for the many material and spiritual blessings of this past year. We are humbly grateful for our Aggie heritage and the comradeship we enjoy. Strengthen this sense of our God-given love and friendship. May it spread to men and women of all schools, nations, and races and bring people of the world into a new bond of friendship and peace. Fill with thy presence the circle of our friendship that is broken by an absence in our roll call. May we have a reverent appreciation for the great examples and sacrifices given by those of us we honor with Silver Taps. Bless the inspiration of this occasion that we may be strong in body, keen in mind, friendly in society and religious at heart. Through thy grace, we pray, Amen. 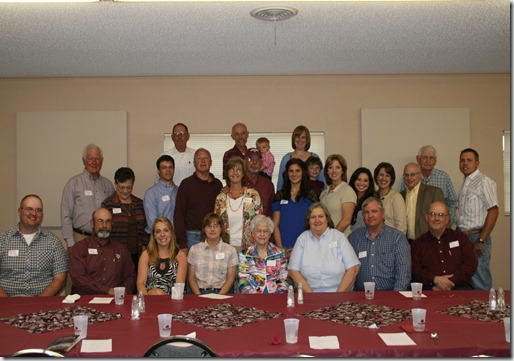 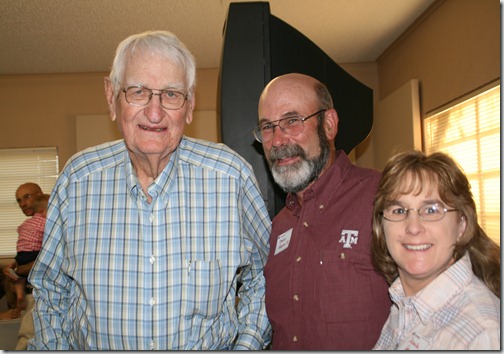 Fred Robertson, class of ’50 with David and Priscilla Hooper, who organized the Muster.          Non-Aggies are always welcome at Muster. Next April 21st find an Aggie and tag along. You’ll go away with a good feeling.

Softly call the Muster, Let comrade answer, “Here!” Their spirits hover ‘round us As if to bring us cheer!