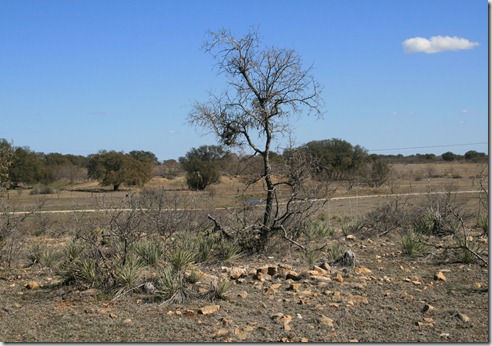 No, really. My valentine was an all day road trip to gather rocks for my latest landscaping project. 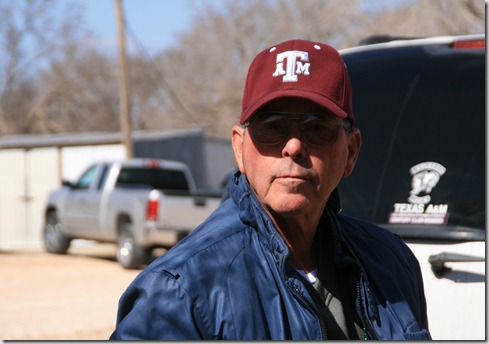 My husband has this knack for coming up with appropriate gifts for me. For example, after I received my fist Painted Pony from my friend Hellen, Bill gave me a second one, and I thought, hey, I can collect these! Now I have 48.  One Christmas I was graced with a new sharpshooter shovel. Yeah, that may seem like one step away from the utilitarian vacuum cleaner gift, but I was tickled to get my new shovel! One Mother’s Day he gave me a new nursery wagon for carting supplies as I do my landscaping. Opium perfume and body powder are old standards I always enjoy unwrapping, and jewelry shows up frequently as well. Then there was the surprise trip to Las Vegas to enjoy the Elton John/Billy Joel Piano Man concert. So he was right on target again this year when he presented me with a typed invitation to spend Valentine’s Day with him traveling to the Coleman area for rocks and trying out two as yet unsampled eating places to eat lunch and supper. We left at 7:30 after seeing Colten off to school and  made it to Sweetwater in time to check out Allen Family Style Meals for lunch; I recommend their excellent fried chicken. We drove into our friend Ed’s place about 1:30. Ed has been generous to share his rocks with me for about fifteen years now.  Work and pleasure took us past Ed’s rock-littered ranch as we drove to the Austin area for various pursuits, and when I started working on my rock garden in earnest, Bill suggested I stop and introduce myself and see if the landowner would let me have some of his many rocks. So I did. Ed, of course, thought I had lost my mind and was truly baffled that anyone would seek out rocks on purpose when he had so many they were a nuisance. “You really don’t have any rocks up there?” he asked in disbelief. I assured him all we had were ugly caliche rocks that had to be dug up and his were pretty and right there mostly on top of the ground for the taking. So he agreed that he indeed had plenty to share and that I could have all I wanted. So Bill and I came back later and traded a box of Barrett Produce potatoes for a trailer load of rocks. What a deal! 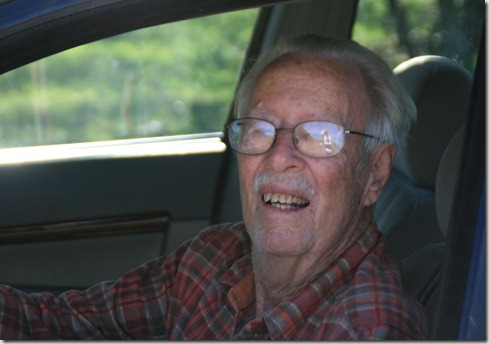 Through the years there were other rock trips, and we became friends with Ed and his wife Ruth. A few years ago Ruth passed on, Ed married Dee, and while I had just about all the rocks I needed by then, we still stopped to check on Ed and see how things were going from time to time. So now that another project had popped into my head, Bill saw that it was inevitable that I would be bugging him to make another rock haul, hence the great idea for our day together hand-picking and importing rocks to Muleshoe. I love to tell people that- after all anything imported and done by hand sounds more exclusive than mass-produced or simply bought, right? 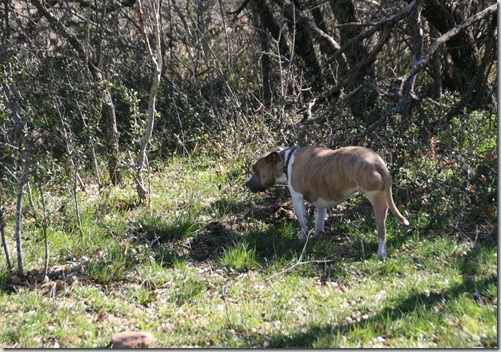 Mari went with us, but wasn’t as excited about her adventure as I was. She nosed around while we gathered just the right rocks for what I had in mind. I said that most of Ed’s rocks are above ground, and most of them are, but there are always a few really good ones just peeking out that I can tell have potential. The catch is that there is always more rock under the ground than meets the eye, and sometimes there is more digging involved than Bill would have liked. But we persevered and popped out some nice specimens, and in one instance uprooted a tarantula who was agreeable and wandered off. Sometimes it is obvious the rock is still firmly attached to Mother Earth, and I begrudgingly have to pass it by. 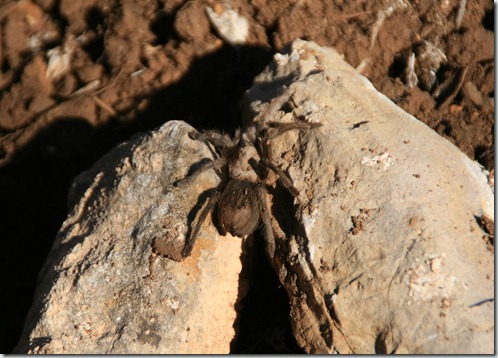 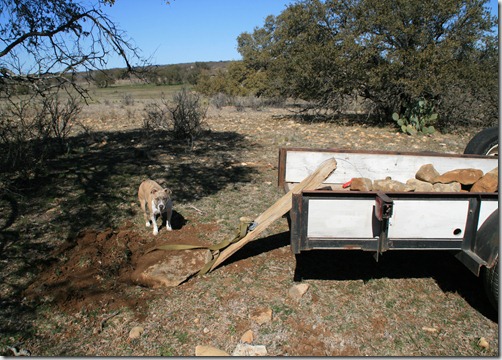 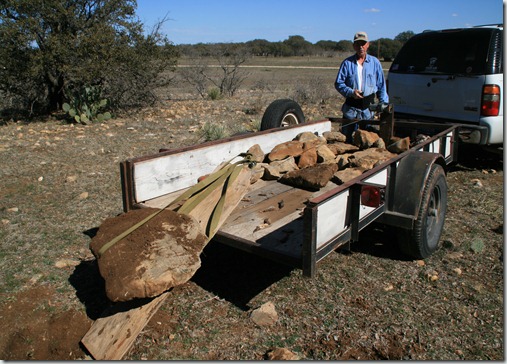 Bill also knew I would want some big ones, so he hooked up a wench that made it easy to load by pulling it over a ramp of sorts. 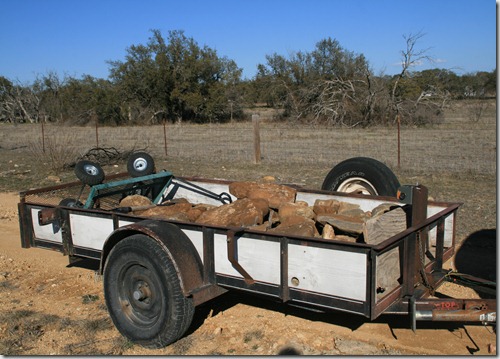 We had a good load by 4 o’clock, not as full a trailer as some of our other trips, but I had what I needed, and we decided to call it a day. After a visit with Ed, we headed for home. We made it to Snyder in time for supper and took the business exit to visit The Shack, as we had passed their billboard on the highway many times. We ordered their chicken-fried steak specialty for our rare second helping of fried food for the day. And after a pleasant drive listening to Willie’s Road House and familiar stuff from the 50s and 80s, we made it home by 10:00, just in time for bed. it had been a long day, but a nice one. And a great valentine. 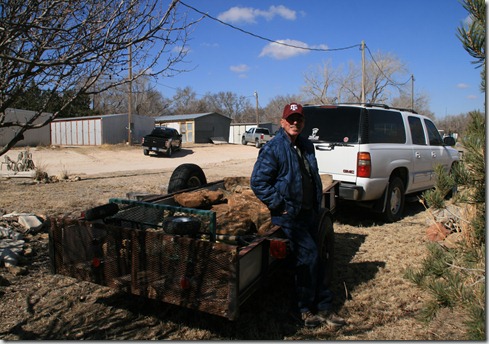 Now if I can just get the weather to cooperate, I have rocks to unload and admire while I get my exercise landscaping a new area. When it is done and things green up around it, I will show it off to you. Stay tuned.