I was looking for something to brighten your drought-stricken, brown, cold, windy winter day and came across pictures from one of our visits to Enchanted Rock, between Llano and Fredericksburg, Texas.  Just the thing to take one’s mind, ever so briefly, off the dreariness outside. Enchanted Rock, according to Texas Parks and Wildlife, is a pink granite batholith, an exposed underground rock formation, one of the largest in the U.S., the rock itself covering 640 acres and 425 feet tall, the peak being 1825 feet above sea level. The Tonkawa Indians named the chunk of granite Enchanted Rock because, to them, it was. Enchanted, I mean. They believed ghost fires flickered at the top and thought that a Spanish conquistador had cast a spell on it. Hearing creaks and groans, most likely from cool night air causing  contractions in the rock after the heat of  the sun during the day, didn’t help dispel that myth. Time may have run out on the Spaniard’s spell, but the big rock can certainly charm visitors with the beauty of its unusual  rock formations, flowers, wildlife, and hiking trails around it and to the top of it. The climb is certainly doable but  don’t get in any hurry to make it to the top for the panoramic view. Enchanted Rock may not be Kilimanjaro, but the Swahili advice to travel poley poley (slowly slowly) is how you should approach your trek  to the top. It is steeper than it looks. And flip-flops are not suitable climbing shoes… So, here for your enjoyment, and perhaps incentive to visit in the Spring when things will surely green up, is a look at Enchanted Rock: 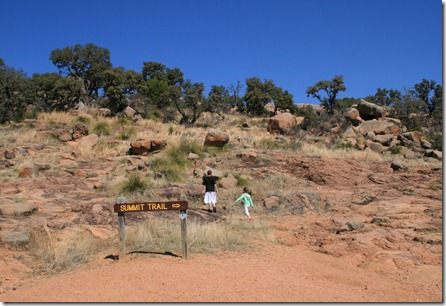 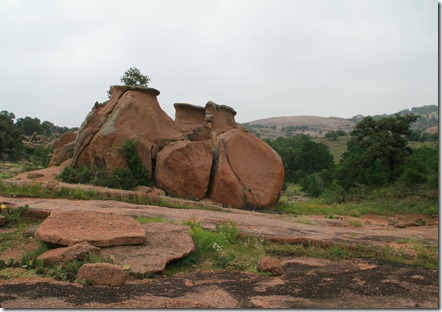 This is not Enchanted Rock, but one of the many odd rock formations in the park area. 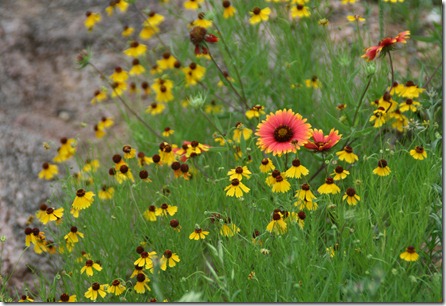 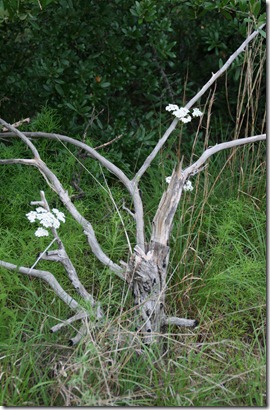 I don’t know what the flowers are; I just like the look of the piece of wood. 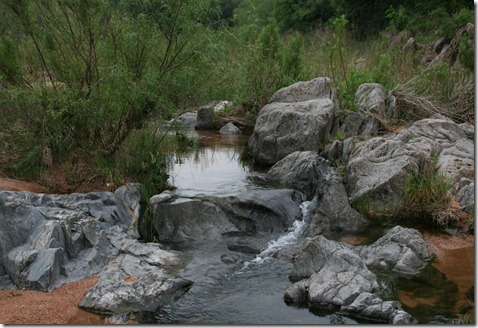 Water runs through it-at least when we aren’t in drought conditions. 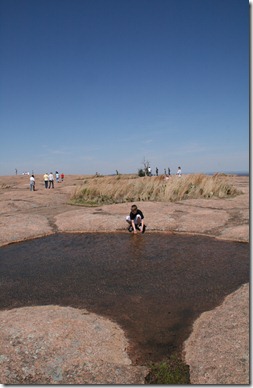 On top of the rock you will find pools of water here and there-when a drought isn’t going on. 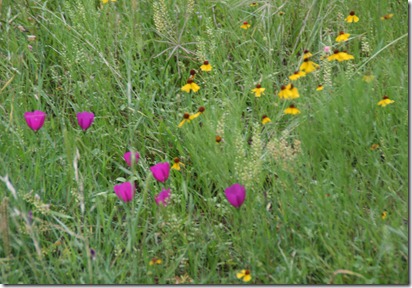 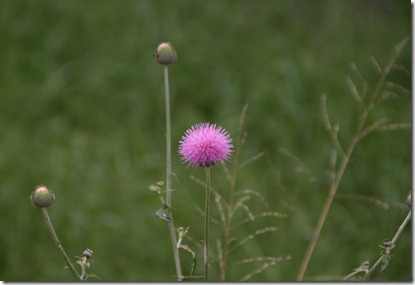 A thistle may not look like much, but the color is beautiful. 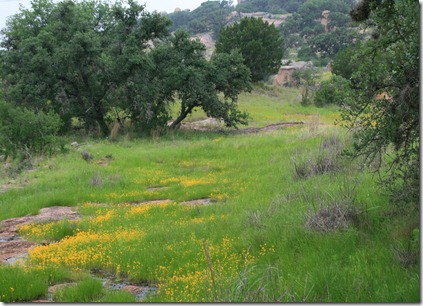 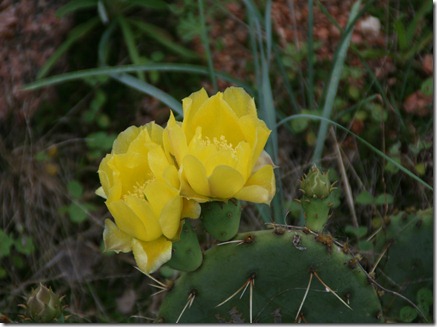 Many other kinds of cactus grow there, but prickly pear was the only kind blooming on this visit to the park. These scenes are only a small sampling of what you will encounter at the park. I hope when the weather is right you will make the drive and spend the day discovering what Enchanted Rock as to offer.  Maybe you’ll even see a ghost or hear a groan. www.tpwdstate.tx.us/publications