“It doesn’t happen all at once,” said the Skin Horse. “You become. It takes a long time. That’s why it doesn’t often happen to people who break easily, or have sharp edges, or who have to be carefully kept. Generally, by the time you are Real, most of  your hair has been loved off, and your eyes drop out and you get loose in the joints and very shabby. But these things don’t matter at all, because once you are Real you can’t be ugly, except to people who don’t understand.” * 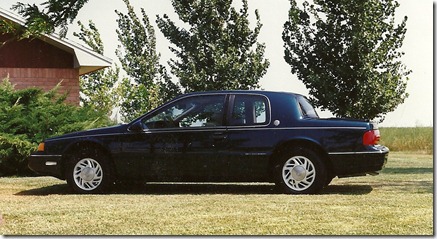 The green Cougar was my second Cougar, the first one being Aggie  maroon. So I had a history of being seen in a Cougar when I bought this really pretty 1992 model 25th Anniversary Edition that I drove to school for eleven years. It had mocha leather interior, automatic controls on the driver’s seat,  a leather -covered steering wheel, keyless entry, all the whistles and bells that were a big deal at the time that I won’t bore you with here. But its best feature was its paint job, dark tourmaline, as it was listed on the dealer’s tag, which sometimes looked dark teal, sometimes dark blue, sometimes black, but always with a little metal flake sparkling in the sunlight. A pretty flashy car, I must say.  I didn’t like the 25th Anniversary wheels, however,  and had them changed to these standard Cougar wheels. It handled easily, had some get-up-and-go, and was just the right size for me. We later installed a CD player, so I had everything I needed for a comfortable ride. 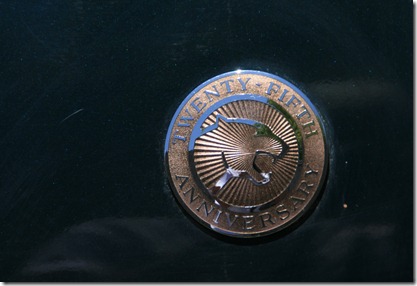 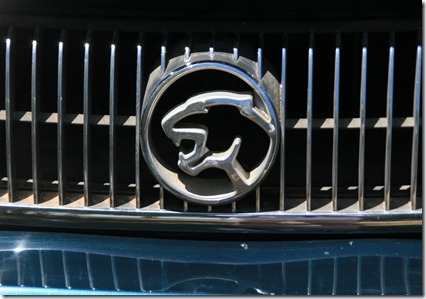 And since I like cats, I guess I also liked the fact that it had the Cougar logo on it in several places. My little  car and I traveled over 150,000 miles together and had a great time doing it. Most of that mileage was the utilitarian trips to and from school, but we covered a  lot of the state of Texas in those miles, too. I   washed it all the time, kept the interior neat and tidy, and always felt good in that car. But then in 2003-2004 I was to be the state president for Texas Classroom Teachers Association, which meant driving all over the state to visit with local affiliates, attending a variety of education-related meetings, traveling to TCTA headquarters in Austin, and in general going anywhere my presence was requested as the state president. It just so happened about that time that the Cougar’s alternator went out and had to be replaced, and Bill decided it just wasn’t safe for me to be traveling hither and yon in a car that old, so the decision was made to upgrade to a newer car, this time a blue  2004  Chrysler 300M Special. But I kept the Cougar. Time passed, the blue Chrysler was traded in for a smaller white Chrysler Sebring, and the Sebring was recently swapped for a pale green Toyota Avalon.  And all that time the Cougar had been parked under a shed and covered with the same car cover it had been protected with in the garage. That was so  the cats wouldn’t walk all over it and leave footprints all the time. But it was sad to see it just sit there without a life. My family doesn’t have a history of tinkering with and repairing cars, so I had to face the fact that if we weren’t going to get it up and running again, it was time to let someone else love it and give it a new life. So I listed it as one of the items for sale in the garage sale (Welcome to Garage Sale Central! July 12, 2011) “1992 Mercury Cougar-needs work,” my ad said. We had a few inquiries about it, and on the second day of the sale, a serious buyer. Sylvia made a down payment on it with a promise to come back for it when she had help to tow it home. On July 27th, Sylvia reappeared with the rest of the money, along with her father-in-law, Frank Guzman, to help tow it to its new home. Now it turns out that Frank Guzman is the father of my former student, Frank Guzman, the son. It was then I found out I was in the dog house with former student Frank for selling the car to someone other than him. I should have known I would be in trouble. I can’t count the number of former students, including Frank,  who, to this day I when I see them around town or at a football game, still  greet me with, “ Hi, Miz Liles! Still driving the Cougar?” Frank always told me if I ever sold it, it should be to him. Well, I am truly sorry, Frank. I am convinced that my brain has turned to mush since I retired, and I guess I just plain forgot, or thought that you would not want  it any more, especially since it wasn’t in running condition.  But it is in the Guzman family now, so that’s not a bad thing, right? 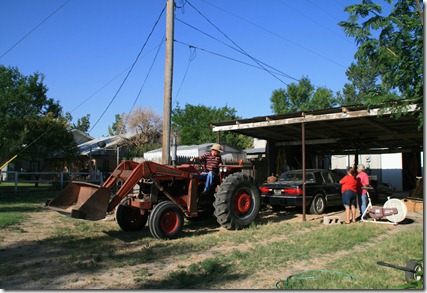 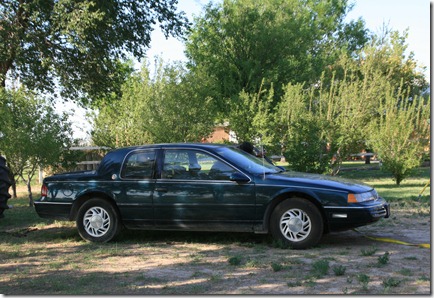 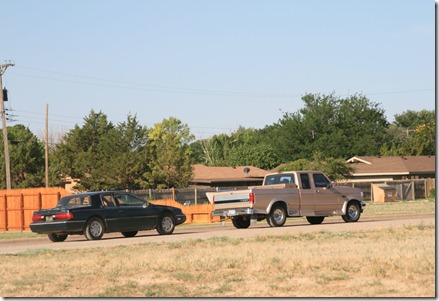 I sat in my little car one more time before watching it glide down the street. It still looked good, even if it was being towed and was a bit dusty. And I have to admit I cried when I sat in it one last time and  patted it good-bye. And I am crying right now! Silly me. It’s just a car, after all. But to me it was a friend through thick and thin. And with that car goes a part of my life, a  busy, productive, sometimes harried, mostly happy, memorable time. So it is the end of any era for me. I look at the empty space under the shed and hope my little car will be happy and useful in its new life. We had some good times, didn’t we, old friend?  You will always be Real to me. 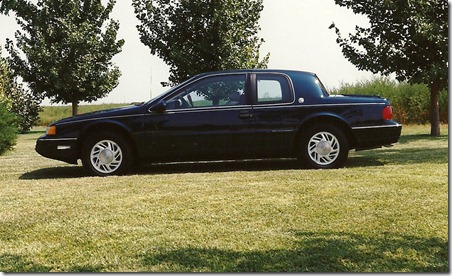 “Real isn’t how you are made,” said the Skin Horse. “It’s a thing that happens to you. When a child loves you for a long, long time, not just to play with, but REALLY loves you, then you become Real.” * *From The Velveteen Rabbit or How Toys Become Real, by Margery Williams. First published in 1922.