I’ve often heard people relate times when they felt that God had spoken to them. While I definitely have felt like I have been in the presence of God, I’ve never really felt like He was sending me a message. Well, Sunday, all of that changed. 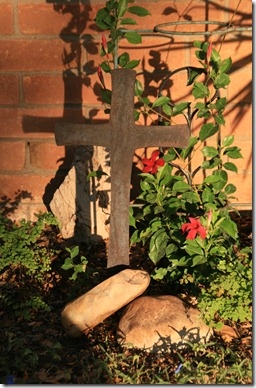 Thanks to Monty’s sermon, God was practically yelling at me with a bull horn. The topic was “The Fruit of the Spirit and Kindness and Goodness” and based on scripture from Luke 6:27-36, Galatians 6:9-10, and Proverbs 25: 21-22.  Now, I try to be  a nice person. I make an effort to be thoughtful of others. We donate to the Food Pantry and  other causes. We help deliver dinners to families at Christmas. But responding to a  one-on-one request from someone on the street?  I have always had a hard time with that, and I‘m not sure why. Fear of being conned? Fear of then being overrun by a horde of homeless people watching from the shadows? Guilt over the fact that I have been blessed with so much and this person hasn’t? I am still haunted by the memory of the homeless man pushing his little daughter in a beat-up  stroller in Seattle when we visited there in 2006. We had seen him earlier on the street, and while we were eating a sandwich at a Subway shop he came in with an empty cup and timidly tried to refill it at the drink station. The staff ran him off, and we sat there and watched, lamenting his situation but not offering any assistance. Then coming home from the lake the other day, we stopped in Sweetwater for a rest stop and an ice cream cone. While I stayed with Mari and  Bill went in for the ice cream, a homeless man approached me and asked if I could help him out. I didn’t.  As he walked off  there I stood,  with clean clothes,  a full stomach, and  a new car.  I can’t get that image out of my mind, either.

Monty made the statement that simple acts of kindness make a difference. What would it have hurt me to help those people? Granted, I might have been taken advantage of. But so what? For every person who plays the system or  squanders what is given him or her, the next one might be very grateful and use a donation wisely. Plus, another point made in the sermon was that if we do the right thing and kill people with kindness, God will heap burning coals on [their] heads, as mentioned in Proverbs 25:21-22, perhaps causing an epiphany and creating changes in their lives. My friend in Austin used to drive by a homeless man on her way to work every morning. He had staked his territory on an intersection median and would ask motorists for help when they were waiting at the red light. She would always roll down the window, say hello, and give him a breakfast bar. That may not seem like much, but a kind word and a bite to eat was certainly better than how I handled that kind of situation. Monty’s message was not specifically about helping homeless people, but helping homeless people is an act of kindness, and that message was intended for me. I just know it. I heard you, God. I needed that

I used to teach my students that two of the ways authors develop characters in their stories is by what they have the characters do and say. What the characters do is much more revealing than what they say. I tried to teach my children that in real life the same holds true: people can say anything; what they do speaks volumes about what kind of person they really are. Now, if I am going to say helping those less fortunate is important, I need to actually help the less fortunate. So with that in mind, I am going to purchase gift cards from some of the popular fast food chains and have those ready to share the next time I am asked for help. And if money is more appropriate, I will have that ready as well. And to make sure my actions match my words, I also mailed a check to a family I heard about on the  HLN- TV network  today. Mr. and Mrs. Stark adopted six special- needs kids, and then this July  Mrs. Stark died unexpectedly, leaving the husband to care for these kids. The family didn’t ask for help, but The Bert Show, a radio show out of Atlanta, Georgia, told their story and donations started pouring in for this family. Look it up on the Internet if you are interested and would like to help, too.

Ephesians 2:10 says we were created to do good works. Acts of kindness qualify as good works. The next time a situation presents itself, I will be ready. 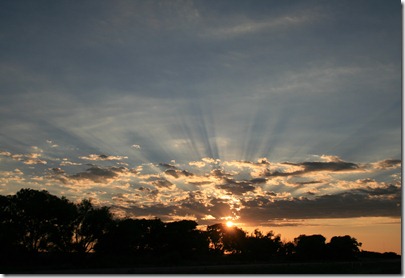