Loreda and the T-shirt Quilts 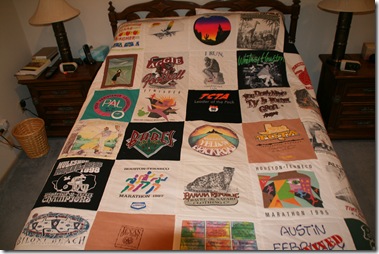 A while back I had the bright idea to make a quilt out of all those T-shirts I just had to have as souvenirs and mementoes and which were taking up huge amounts of space in my closets and drawers. I had seen a kit advertised in the newspaper for doing just that, so I sent off for it. More time passed, and the quilt directions gathered dust and the T-shirts continued to pile up. At some point I admitted that I would never make a quilt, and I realized that my aunt Loreda Drum, married to my mother’s brother Dick, was  a quilter. She quilted the old-fashioned way, like Grandmother Drum would have done, with small, neat, stitches that accentuated the patterns on the material. I asked her if she would be willing to make a quilt for me, and she said yes. 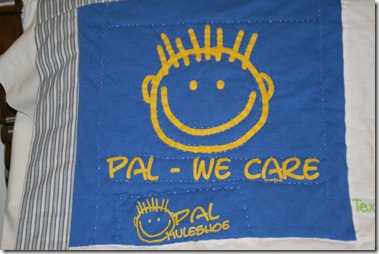 I chose the T-shirts to be used, located the long tucked-away directions, and she was in business. T-shirts are not the easiest thing to work with as the knit material moves around, and the directions included how to deal with that problem by attaching the shirt to paper and other helpful hints. These directions also called for making it a tied quilt, where every few inches a thread of yarn would be pulled through all layers of the quilt and tied, leaving an inch of thread showing. That would have made things much easier, but Loreda didn’t like that kind of quilt, and decided to actually quilt the pattern on each shirt. I am so glad she did; it made a much nicer, prettier, more traditional quilt. 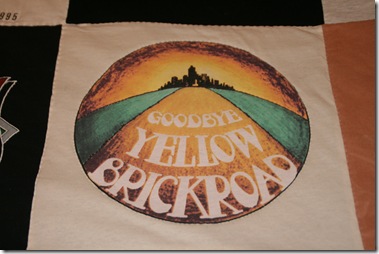 She finished the quilt in May of 2000, and we went over to Graham, Texas, to pick it up.  Bill wasn’t sure what he thought of it when I told him about the project, but when we got there and we both saw it for the first time, he realized what a unique piece  she had made for us. Each shirt had a history that went with the history of our family in some way. He is sure the kids will argue over who gets it one of these days. 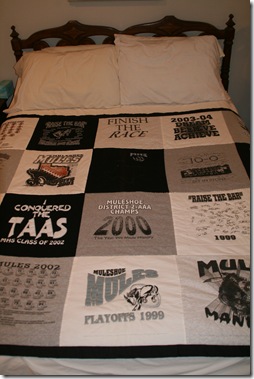 This quilt was such a success that we decided we needed one made of shirts connected to things going on at Muleshoe High School that we could use at the football games on cold  nights. She agreed and once again I gathered up shirts I had collected over the years, and she put together another work of art. We use it, but I assure you it will never see the lights of a football stadium. Heavens, no! Spilled drinks, muddy feet, stuff. It is much too special to get dirty and messed up. 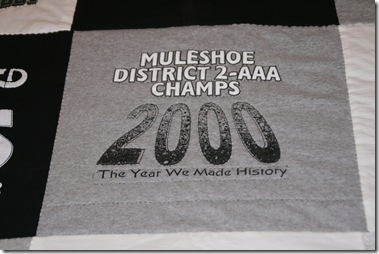 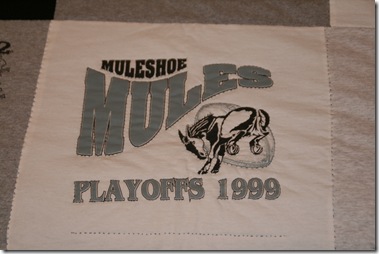 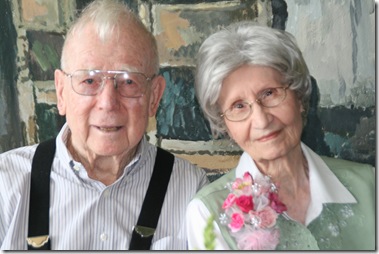 Dick and Loreda Drum. We celebrated her 90th birthday last Saturday in Graham.  Loreda is turning 90 today, April 13. She hasn’t been able to make quilts these last few years due to arm and shoulder problems, so that makes my quilts even more special. They are both labors of love that mean a great deal to me. 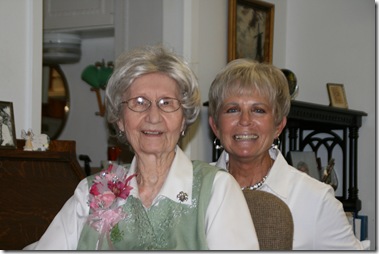 Thanks for sharing your talents, time, and love with me,  Loreda.