Déjà Vu at the Art Show

The Muleshoe Art Association held their annual spring show on April 6. I had never been to one of their shows, so I decided this would be the one. Off I went to Muleshoe State Bank’s meeting room, where the show is always held, and was impressed with what I saw, and then was hit with a case of déjà vu when there in front of me was a picture I recognized immediately. And this is why. This is the photograph I took in the rain forest coming down Mount Kilimanjaro: 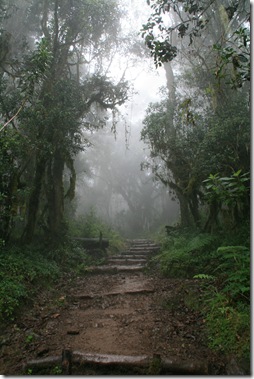 This is the painting of that picture interpreted by Reagan Cox: 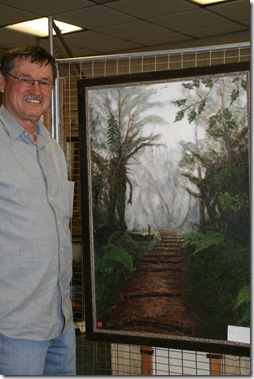 He did a good job, didn’t he? He bought the print from me and said up front he wanted to paint it. I said yes, and so he did.  But I digress. The Muleshoe Art Association started back in the 1950s. Then it boasted 80+ members; today those numbers have fallen to 14; declining membership of clubs seems the norm these days,  unfortunately. But those who are members enjoy their monthly meetings on the first Tuesday each month from September to May, held in the Ann Camp meeting room at the Muleshoe Public  Library, starting at 2pm and usually lasting about an hour and a half, depending on the program.  Dues are $20. Members are mostly from Muleshoe and Clovis, but everyone is welcome.  They have a business meeting followed by an instructional video or a live demonstration, refreshments, and  each other’s company. Sometimes they go on location to paint and sketch.  All mediums are discussed and included: pastels, watercolors, oil, acrylic, photography, china painting, told painting, and other multi-media.  And members’ work is always on display at the library, too. Categories for the show were oil and acrylic, watercolor, pastels, and miscellaneous, which included photography and multi-media this year. The entry fee was $5 for members and $10 for nonmembers. The judge  was Lawanda Calpon from Portales, NM.  Show entries came from Muleshoe, Clovis, Sudan, and Hereford. Winning is not just an ego trip: money changes hands as well. Muleshoe State Bank selects one entry to buy, called the Purchase Award, for $350, which goes on to be hung in the bank. This year’s winner was “The Guard,” by Misti Wilbur of Muleshoe: 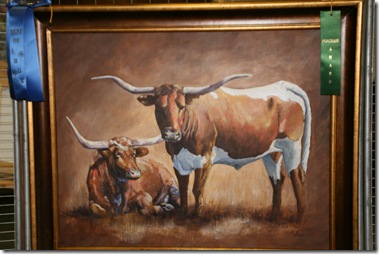 First Bank sponsors the Best of Show with a $100 award. This year it was the same picture as the purchase award- “The Guard.”  There are other cash awards given in each category by club friends as well: $50 for first place; $30 for second place; $20 for third place. The show also has a People’s Choice Award, chosen by popular vote. “The Guard” made it a trifecta, winning that award as well. 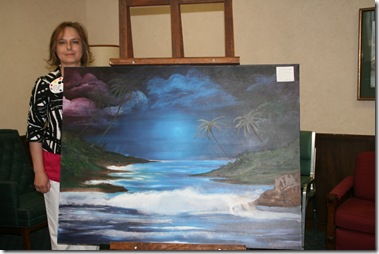 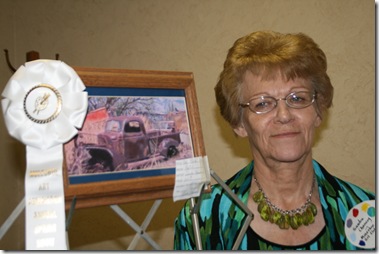 Sandra Chancey, secretary-treasurer for the club, won a ribbon with her painting of the old truck. President of the club is Ginny Seifert of Clovis, NM, and Nelda Merriott  is reporter. I enjoyed seeing everyone’s work. We have lots of  talent in the Muleshoe area. I look forward to seeing what they have to offer next year. Heck, I might even make a meeting or two.