The snow came, just as predicted, and Mari insisted she take a walk in it. So I bundled up and went out with her. I pulled out the extra-cold weather gear and my hiking boots from Kilimanjaro, and off we went. 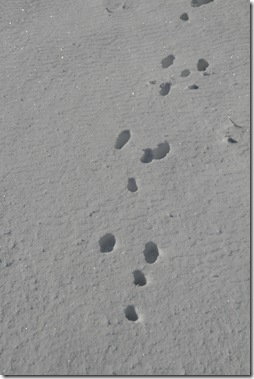 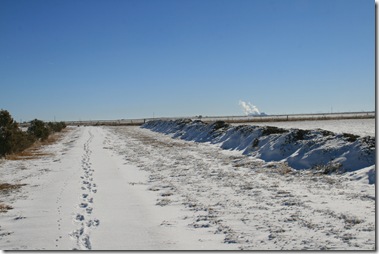 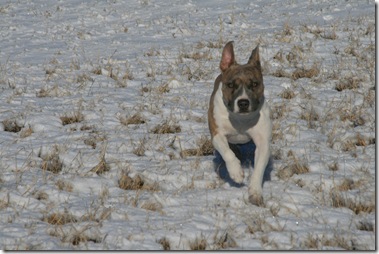 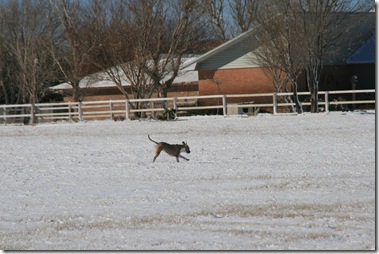 The sky had cleared and was bright blue against the white snow. A vapor trail from one of the fighter jets from Cannon Air Force Base stretched across the sky. The sun was warm enough to start the melting process, which in turn caused droplets of water on the snow to glitter like diamond dust, sparkling as we walked.  Well, I walked. Mari bounded about, taking bites of snow and following the many trails left by the jack rabbits. We didn’t see any rabbits, who no doubt were surreptitiously watching us as they nestled motionless somewhere to enjoy the warmth of the sun. The wind was not blowing yet, which made the walk pleasant and quiet. The only sound was my boots crunching in the snow and the occasional splat of ice melting off the tree limbs. 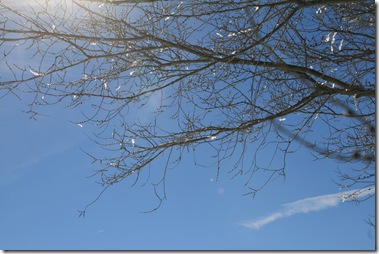 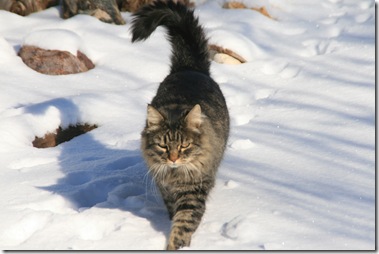 Perla  joined us in our walk. She seemed as oblivious to the cold of the snow as was Mari. She was also in her attention-demanding mode, and every time I would squat down to take her picture, here she would come, rubbing on my legs asking to be picked up. Later in the day our dirt road will be a quagmire as the bulk of the snow melts and makes a predictable mess. But for now it is pretty and provides a calm and peaceful alternative to the harshness of winter. We asked for moisture, and it was given. The weather report says we are to be blessed with more tonight. But the wind has already kicked up and the wind chill is already bitterly cold, so Mari may have to be content with  dreams of chasing rabbits for a day or two. So we will search for diamond dust and rabbit tracks another day. 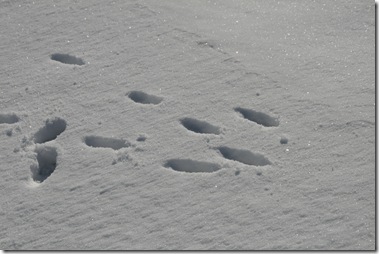 Look closely and you may be able to see the glitter in the snow. Diamond dust is hard to catch on film, as most ethereal and fleeting  moments of beauty usually are.