The Oldest Wildlife Refuge in Texas

One of Muleshoe’s sometimes  overlooked claims to fame is the Muleshoe National Wildlife Refuge, established in 1935  to provide a wintering area for migratory waterfowl  and sandhill cranes. 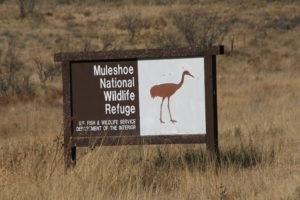 The refuge, located 20 miles south of town on highway 214,  celebrated its 75th anniversary this past Saturday  with activities to entertain and enlighten visitors about the history, purpose, and successes of the refuge. 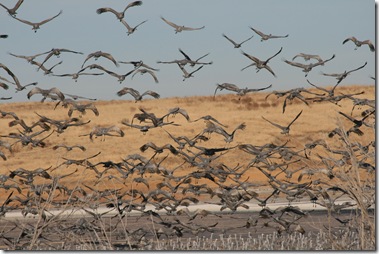 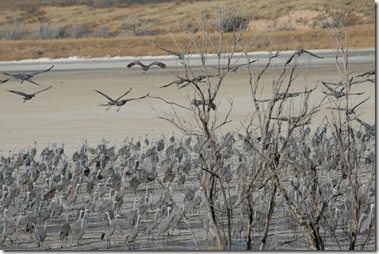 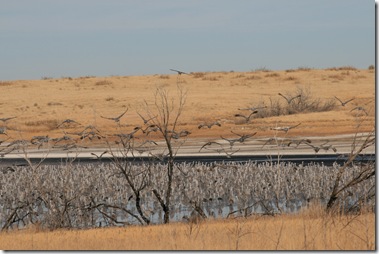 The morning started with coffee, doughnuts, and a sandhill crane- counting contest. Jamie Grey from Littlefield won with an estimate of 15,500 cranes; the official estimate was 17,500. Many more cranes will winter here as the season progresses. Guest lecturers presented information on local history including the Buffalo Soldiers who traveled this area, grassland management and weed control, prairie chickens, and even refuge-inspired ceramics. 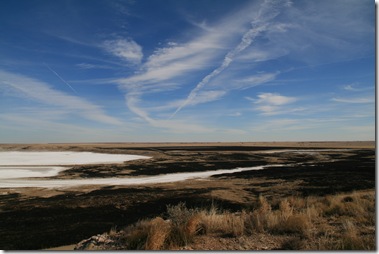 I arrived in time for a two-hour tour of the refuge and rode with Jude Smith, a wildlife biologist who has been with the refuge for  ten years, first as resident biologist and now as manager. His affection for the place was evident as he named the lakes and pointed out all the things done to control the salt cedar and mesquite and to encourage the native grasses for the benefit of the wildlife that call the refuge home: 350 species of birds; 50 kinds of reptiles and  amphibians, and 25 different mammals. Smith was encouraged by the response to the open house. After counting those who registered plus the people who showed up later in the afternoon to drive around and watch the cranes come in to roost, about 300 visitors enjoyed seeing what the refuge has to offer. He says they plan to establish a yearly event starting with a similar open house in January of 2012. Let me share with you some of the things I saw on my tour that day.

White Lake, like the other two larger lakes, is a saline lake. The water comes from underground springs and may start out the day dry, and by the middle of the afternoon will have standing water. And of course, when we finally have rain, the lakes also fill up with rain water. 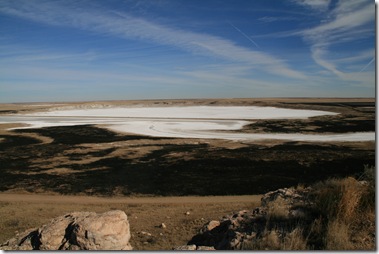 Prairie dogs were out and about that day,  graciously posing for pictures as they are wont to do.  The prairie dog town is very popular and enjoys lots of traffic from people coming to see them as well as the cranes, as their town is located on the road that leads to the crane viewing area. 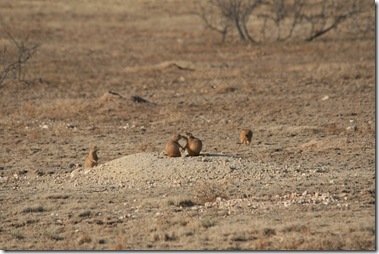 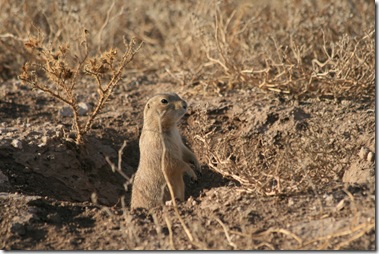 Controlled burns, which try to mimic natural fires,  are used to renew ungrazed land and to reduce, but not  eliminate,  mesquite. 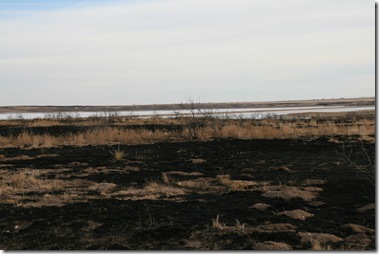 Salt cedar is not native to the area and takes water and moisture away from native grasses, making it an undesirable plant. The refuge managers are also using controlled burns in the battle against it. Here you see blackened trunks of the salt cedar. 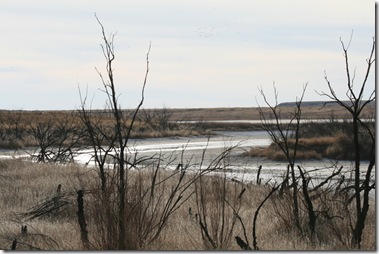 This levee, built from 1938-42 by hand by the WPA separates the Upper and Lower Pauls Lake. On occasions water has been high enough to spill over the causeway (not shown)  from one lake to the other. 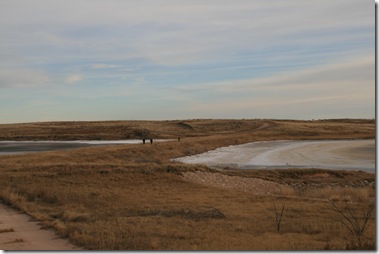 The viewing stand and public restroom are located on Lower Pauls Lake where many of the cranes come in to roost. 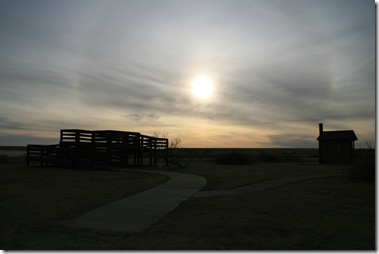 Note the salt build-up on the tree stumps and in the dry lake bed, typical of the water areas in the refuge. 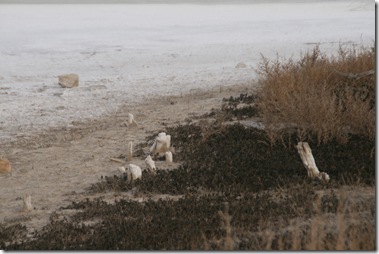 Taking pictures of the cranes is somewhat addictive-I’m always thinking the next shot will be even better than the last, but I picked this one for a last glimpse of the big birds who spend their winters with us in Bailey County. 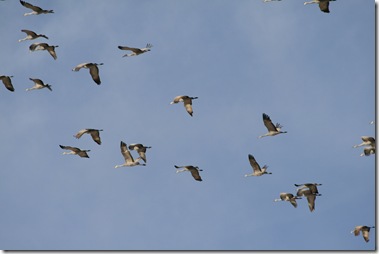 I encourage you to visit the national refuge. It is ours, after all. Not everybody has one, you know.