The Christening of the New and Improved Benny Douglas Stadium

Tonight the Mules played for the first time on their newly refurbished field, the artificial turf glistening in the lights, the anticipation palpable as the Mules burst onto the field and a raft of balloons were released. The cheerleaders were decked out in nifty new white uniforms; the band had new uniforms, too, but theirs were black. Muleshoe’s new twirler was resplendent in her silver sequins. 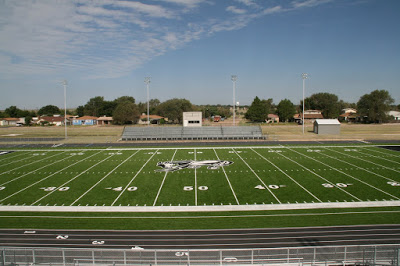 The Anzalduas were watching the game from the comfort of the old press box they had moved to their back yard after they bought it from the school when it had to be  moved to make way for the new one. 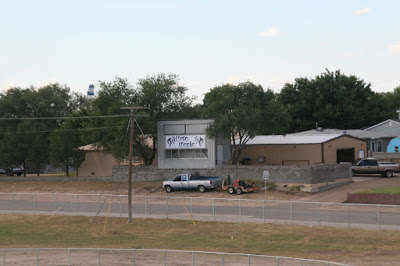 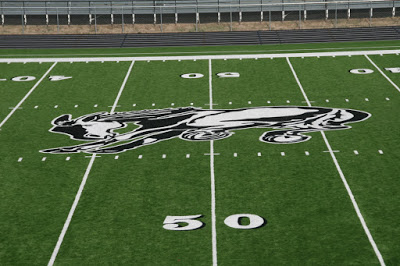 In the second quarter Juan Sanchez runs 54 yards for the next touchdown. Then suddenly Portales has a  burst of momentum three minutes into the quarter and makes two first downs but couldn’t manage to hold onto it long enough to score from the 16-yard line. With 23.7 left in the first half Cooper passes to Eric Orozco again for a great 60-yard score, and it is now 42-0. 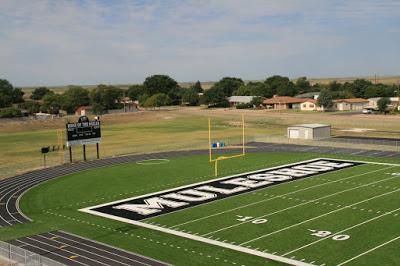 In the third quarter Beau Avila threw to Ray Martinez to up the score 49-0. In the fourth quarter Portales scores on a controversial completion and the two point conversion was almost intercepted by the Mules, but the Rams finally put something on the scoreboard, 49-8. 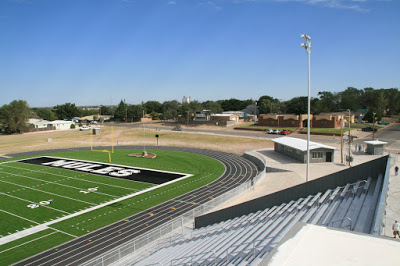 The fourth quarter saw more of the same Mule dominance, no constant mistakes like last week. And then Junior Baca makes several hard runs and suddenly two Rams are laid out on the field. With 3:39 left on the clock, which for most of the quarter has been running with wild abandon, time stands still for the parents of these two players as they are checked over. Finally one gets up, but the other has to be taken out by EMS. Both teams gather in the middle of the field for a prayer and then in rather lackluster fashion prepare to continue play. The Mules run a few more plays before the refs decide to just call it a day and the game is over. Score: 49-8, Mules. One more notch on the jock strap. 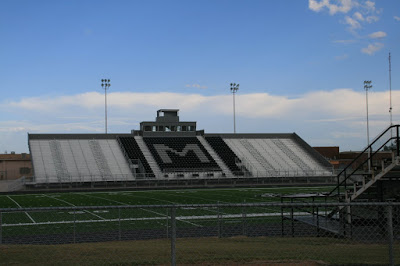 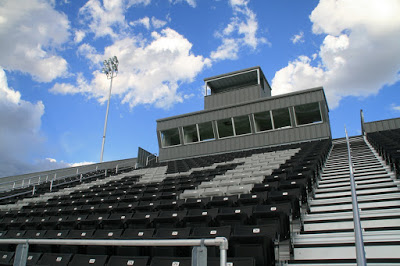 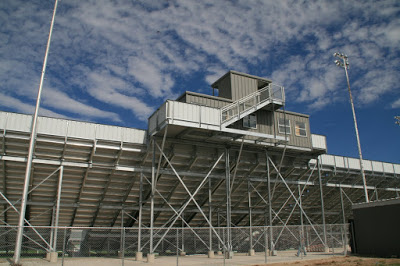 The night was cool and clear, the field crisp and clean, appropriately christened with a victory. Next week the winner of a victory will be decided in Andrews.
Get ready for a road trip.