After my trek to the summit of Mount Kilimanjaro (see “I Stood on the Roof of Africa,” May 6), I stayed over for a two-day safari. We received our summitting certificates and ate a picnic lunch at Mweka Gate and then drove to a lovely place, Kigongoni Lodge, where I luxuriated and used no telling how much water taking my first shower in nine days. We spent the night there before driving the next day to Ngorongoro Crater where we enjoyed the animals and birds for a day and a half before driving to the Serengeti for the rest of the Safari.

What’s a safari without pictures of animals, right? By my count, we saw 33 birds and 21 animals. I certainly didn’t include all of them here, but picked some that I thought were good examples. So here we go again with a few words and more pictures: 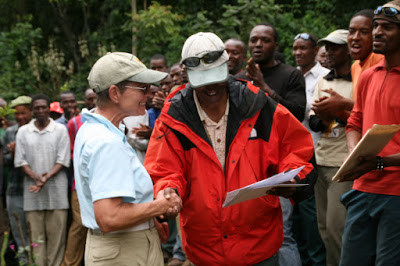 At Mweka Gate Bernard, the head guide, congratulated us all for a successful trip up the mountain. You can see all the support crew in the background. 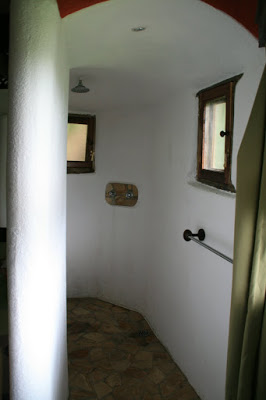 Heading into the shower at the Kigongoni Lodge. 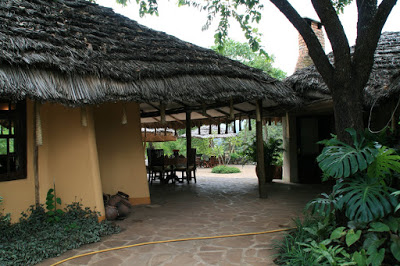 Kigongoni Lodge was tucked away in a sub-tropical woody area, and while obviously designed to please tourists, was still very much African in style and form. I am tempted to show more pictures of it, but we must move on to the safari. 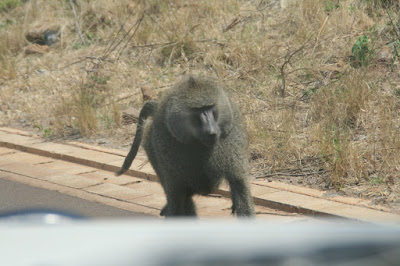 We encountered this baboon on the highway as we were driving and he showed no fear of the vehicle. We were driving slow and he looked like he expected us to stop and feed him or something. Our driver said baboons are a real problem in the city dumps as they are looking for food. They are Africa’s version of rats in crowded places, only bigger. He also told us not to put our hands out toward him because he might bite and a baboon’s bite would make us sick. 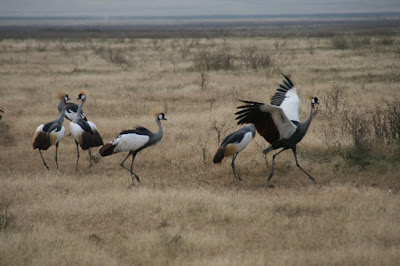 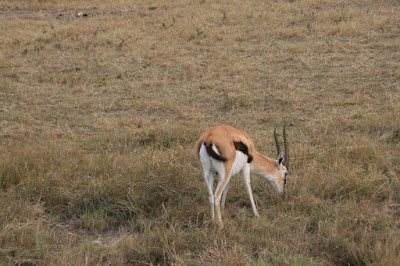 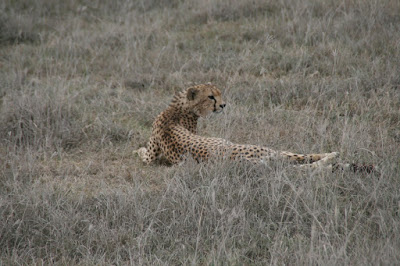 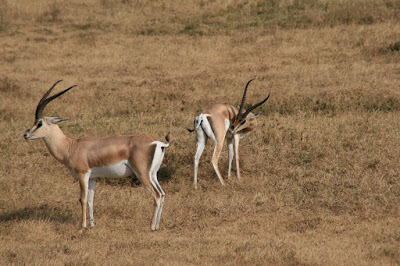 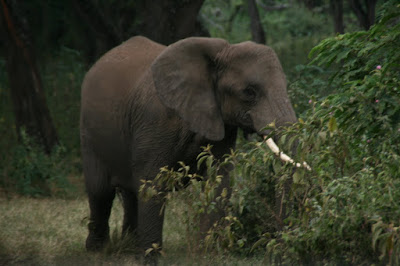 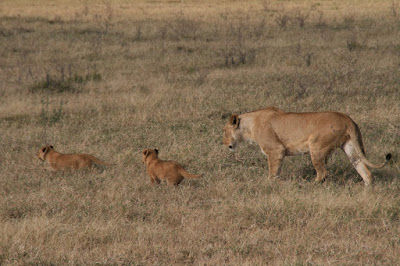 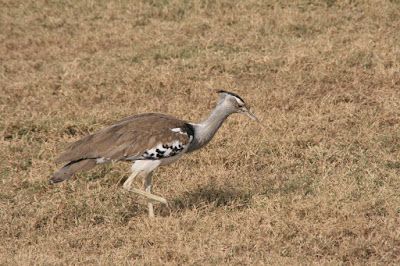 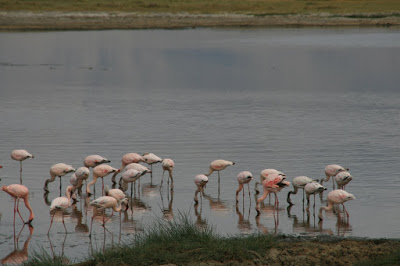 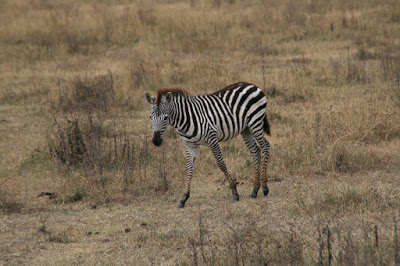 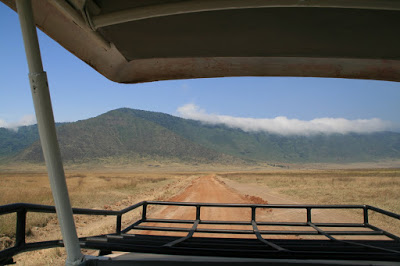 The edge of Ngorongoro Crater from our Land Rover. 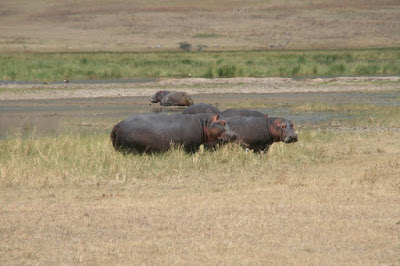 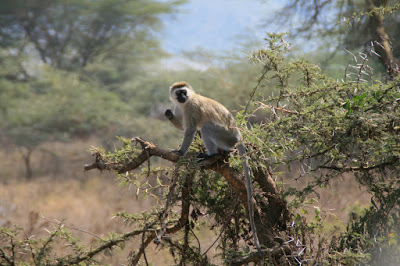 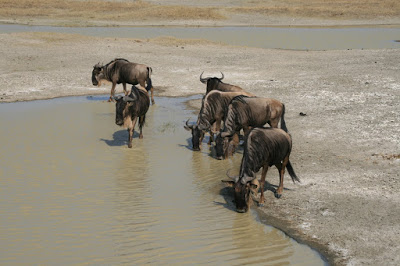 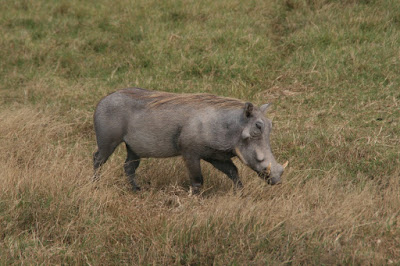 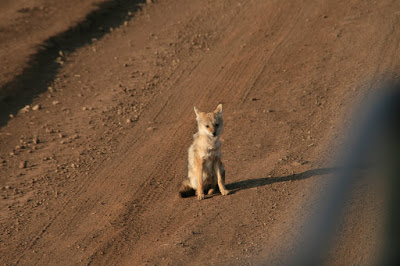 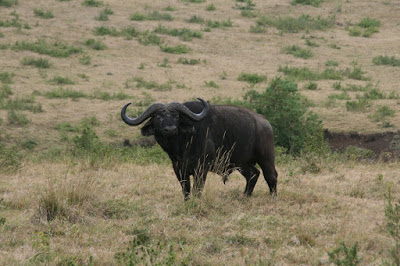 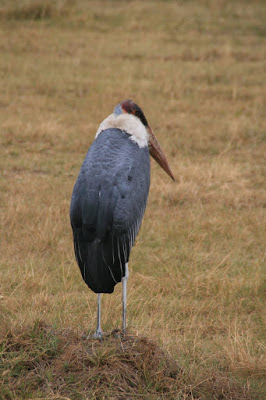 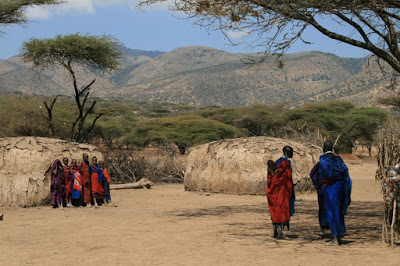 Maasai Villiage-Note the huts, made of grass, mud and cow manure. 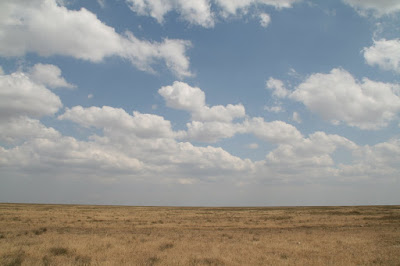 I included this shot for my West Texas readers-the Serengeti looks very much like our part of Texas, doesn’t it? There are trees and some rock outcroppings called kopjes, but for the most part it looks like the Panhandle and the High Plains. Well, minus the animals. 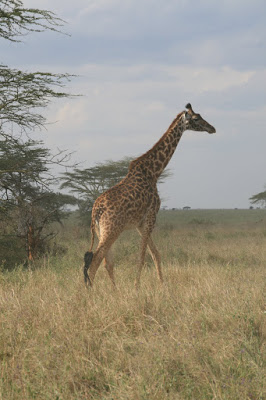 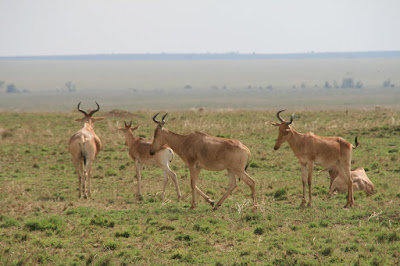 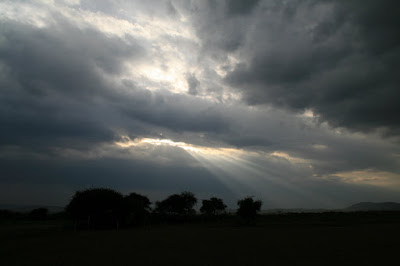 As we waited for the small airplane to take us from this regional airport in the Serengeti to Arusha, the sun was setting on a wonderful day and one heck of a trip.